You guys have been asking us for an app for a long time, and trust us, we've been asking The Powers That Be for the same thing. Unfortunately, our favorite in-house developer who performs miracles for all of us on a daily basis doesn't have the ability to make one at the moment. What he does have, however, is a great suggestion for making a "fake app" by adding this website or any other to your home screen.

First, for Android. I'm running KitKat on a throwaway Moto G, which might be the best $100 Android phone on the market. Drop it in the toilet? Who cares, just buy a new one. Anyway, that doesn't matter, I just wanted to get that in there.

The first thing you'll want to do is head to the mobile website on your browser. 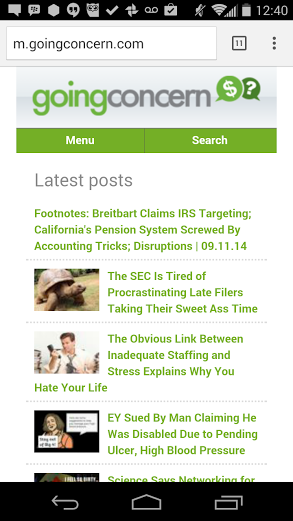 Click the settings on the upper right, or those three vertically stacked dots. 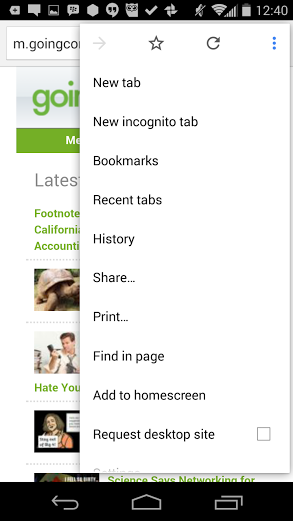 When this pops up, hit "Add to homescreen" 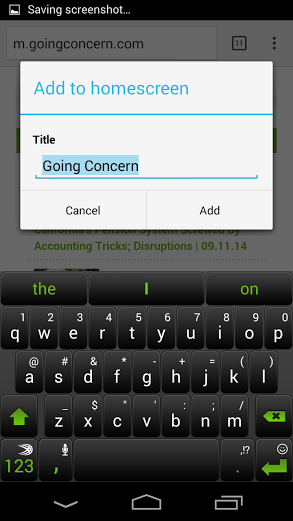 It will give you the option to rename it, which you can if you want to call us names or pretend like we're something other than what we are in case your manager routinely checks your phone like a jealous wife (although your manager probably reads us too, he just won't admit it). I left it as it was. It would be funny if I named it Accounting Today or CGMA Magazine though. 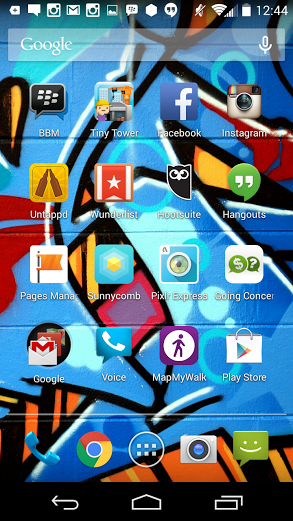 On my busy ass homescreen (warning: may induce seizures), you'll see the nice, neat, Going Concern "app" on the third row. It even looks like a real app! Pulling it up leads you straight to the homepage we visited in Step 1 and it doesn't do anything cool like organize expenses but it saves you from having to type a few letters to get to the website.

Same thing, basically. Go to the website on your browser and hit the thing on the upper left that looks like a box with a fart coming out of the top of it (upper left for iPad, bottom for iPhone). From the menu that pulls up, hit "Add to Home Screen." Our developer has circled the option like a crazy person so you know what to hit in case you can't read. 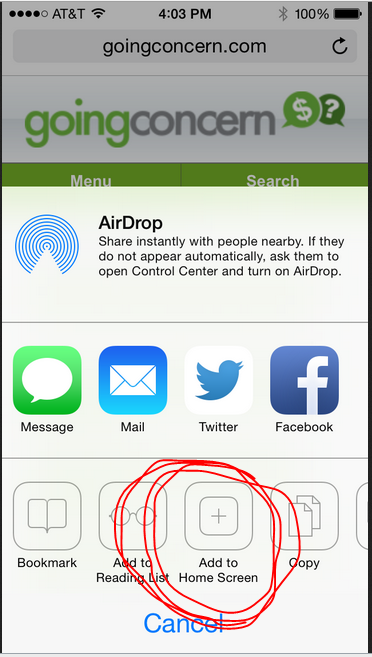 From there, it'll magically appear on your home screen. Jesus, look at this neatly organized home screen. Puts my 7 pages of iPad apps in no particular order to shame. Anyway, there it is. 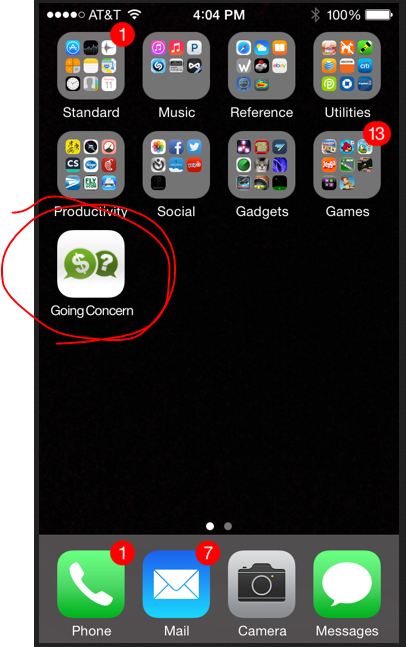 And that's it! I attempted to do this on my iPad and didn't get the same neat icon our developer did, but I might also be running OS 5 or something. 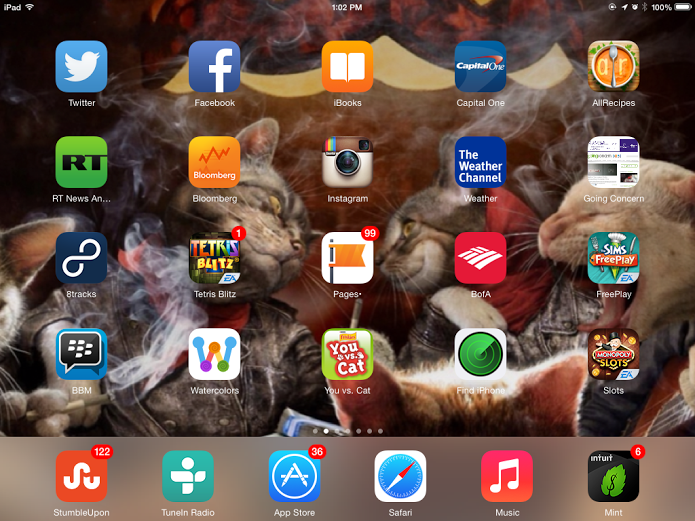 Oh wait, I know where I screwed up! I went to the main website and not the mobile one. Yeah, don't do that. m.goingconcern.com will give you a nice clean icon, as evidenced in the lower right corner of the following screen. 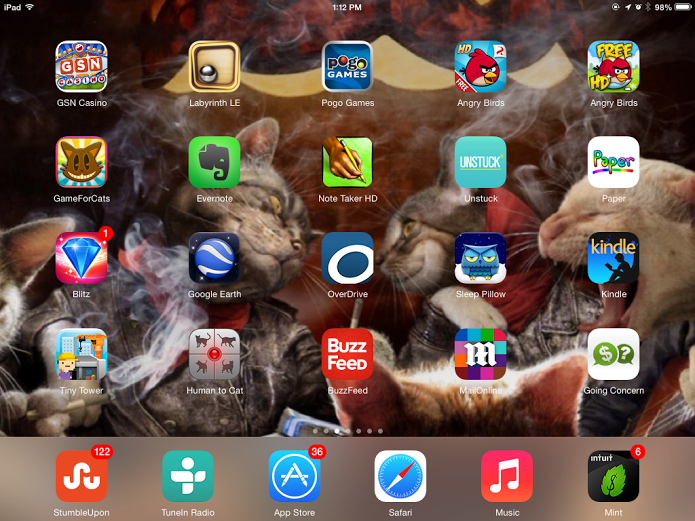 Back to the idea of a GC app. This should satiate you for now but we still would like to consider an app. This is where you come in. Would you pay for the app itself or for "members only" features (TPTB make us ask that)? What would a GC app do that the website doesn't? What would be some cool features? If you have ideas, get it touch!

Now if you'll excuse me, I have a bazillion notifications to clear out.