To Whom It May Going Concern is a feature of some of the more, shall we say, interesting messages that come across the wire. If you get the urge to tell us exactly what you think about this here website, email tips@goingconcern.com with "To Whom It May Going Concern" in the subject line. Just a reminder that all messages are considered on the record unless specified otherwise.

The publishing people that run this laugh factory also asked me to remind everyone to take our annual Reader Insight Survey where you can also leave us any feedback that you deem appropriate. Now, this week's letters.
After sharing the latest update in the Romney campaign's on-going beef with the Tax Policy Center we received this:

This isn't a tip, but rather an example of someone who drank too much DT kool-aid…or..is trying to create a meme…by writing Deloitte everywhere…in random places(which I think would be pretty funny).
This was found at a hole in the wall Chinese restaurant in NYC (69 Bayard), where patrons are encouraged to post up dollar bills on the walls and write whatever they want on said dollar bill.    Didn't quite know what to think.  Spent 3 years at DT.  Thought I'd send it in. It was at first pretty odd to me, but thinking about it a little more, wouldn't surprise me if the marketing folks over there had a convo that went something like this:
Drunk college kids deciding between places to work, late night out, putting greasy Chinese food into their stomachs, sit down, have a little convo with their friends
"damn man, trying to choose between which big 4 to go to…"
"hey dude…why not Deloitte?" *points to dollar bill on wall*
"…why…NOT Deloitte!…It all makes sense now!  I'll send in my acceptance tomorrow"
…..Or maybe Barry Salzberg ate there. 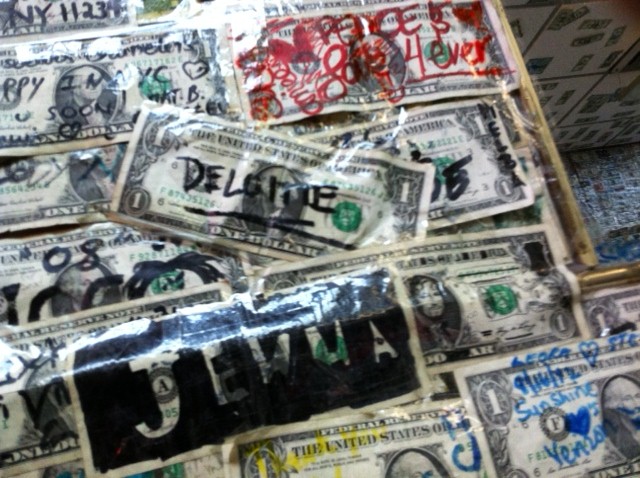 Email of the week is an excerpt from a lengthy advice question from "Confused" with the subject: "Need help."

Where've you been? From what I hear in the comments, it happened years ago.

Whether you realize it or not, every day there are winners and losers of the accounting profession. Take, for example, the AICPA’s failed XYZ credential. Loser, obviously. The CGMA, however, is technically a winner, at least according to the 137,000 people worldwide who hold the credential and the AICPA because they can charge for it. […]

It’s hard to believe it’s been six months since the Journal of Accountancy cover story about one CPA’s struggle with depression. Not because I can’t believe a whole six months have passed (although that’s a thing for sure) but rather because no one could have known how timely that story would be when JofA published […]