Getting laid off sucks. It has happened to me twice in the past 23 years. I’ve also been fired once for poor performance, but unlike the two times I was laid off, I knew exactly when I was being fired.

I hated my job, I hated my boss (I was her only employee and she didn’t like me either), and my employer wasn’t that great. So my boss told me exactly which day I would be losing my job. I spent the entire workweek leading up to that Friday afternoon conference with my boss and HR bringing stuff home from my cubicle each day so I wouldn’t have to carry a box full of my personal belongings while being escorted out the door. When I walked out that door for the final time, I felt this overwhelming sense of relief, unlike the two times I was laid off, which left me scared shitless and wondering what the hell I would be doing the rest of my life.

I’d bet that many of the 2,500 people laid off from their jobs at online used car retailer Carvana yesterday also had that feeling of dread when they were told (some said by a pre-recorded video) on Zoom or in-person that they were being shown the door. Of those 2,500 people, many were in “operational positions” within the company, according to published reports. We’re not sure if any Carvana accountants were included in yesterday’s bloodshed, but at least one person on LinkedIn wrote “Carvana accounting and finance people, please reach out to me.” If anyone can confirm whether there were accountants at Carvana who were laid off yesterday, please get in touch with us using the contact info below.

Getting fired by a pre-recorded message via Zoom is bad enough, but one now ex-Carvana employee found out in the most shitty way possible that she no longer was employed. 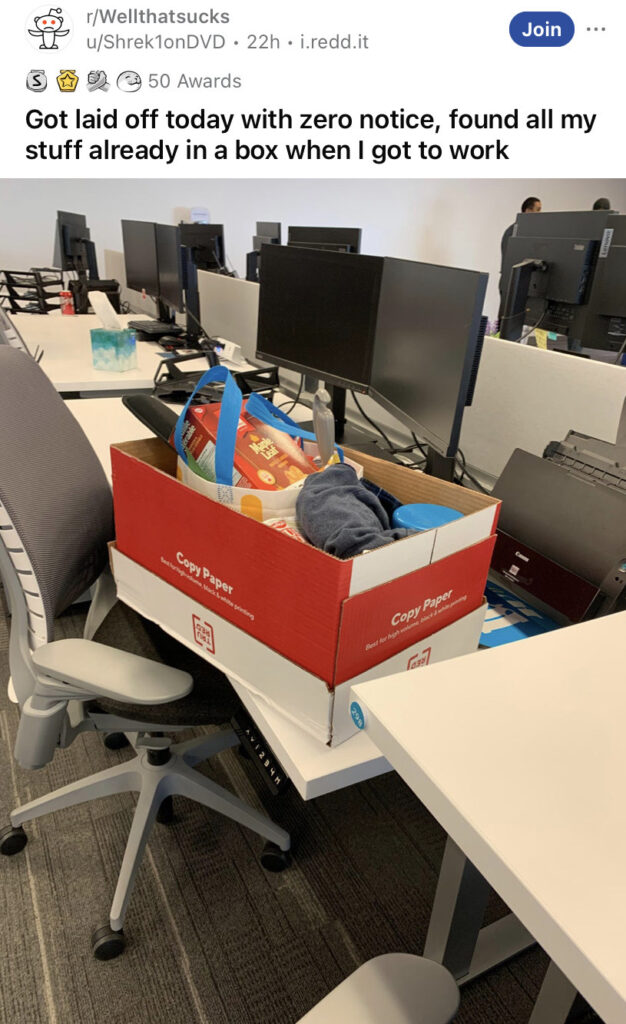 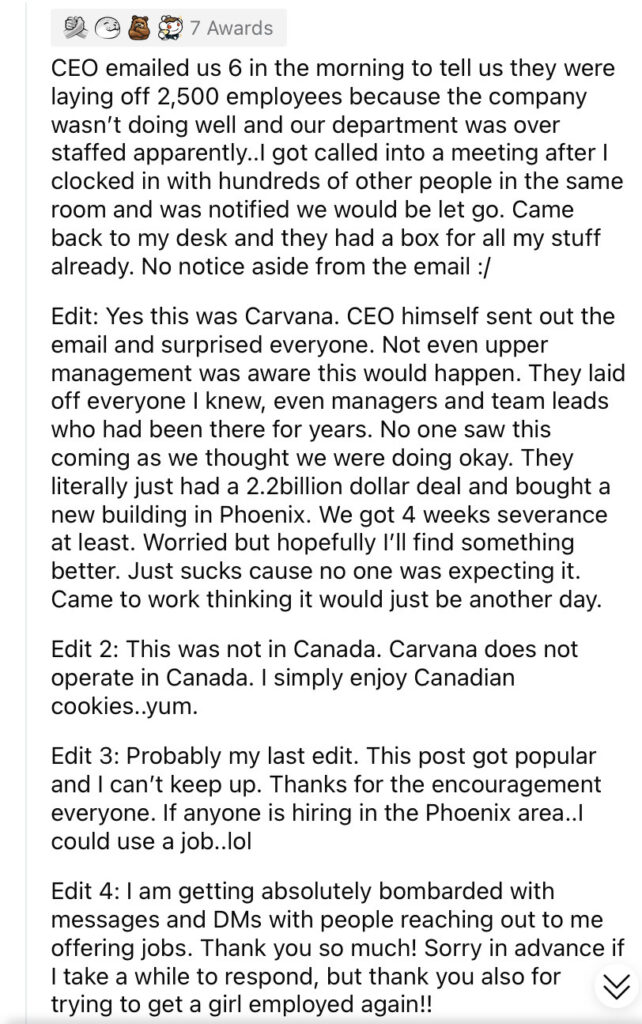 Hopefully OP and the other 2,500-some people who lost their jobs yesterday land on their feet soon.