Imagine my shock when I started combing Google News for something – anything – worth writing today and I found this profile of accounting hero and billable hour combatant Jason Blumer in the New York Times Magazine.

It's official: the war against the billable hour has gone mainstream and it wears ridiculous round glasses:

Like a lot of accountants, Jason Blumer never really wanted to be an accountant; he wanted to play guitar in a hair-metal band. But like most guys who want to play guitar in a hair-metal band, Blumer eventually realized that there wasn’t much money in touring bars and being paid in beer-smeared $20 bills. So he changed gears and decided to follow his dad into what seemed like one of the more steady businesses around. After college, he bought some suits, joined a midsize firm in South Carolina and processed his clients’ payroll and tax returns. He billed them by the hour. He hated every second of it.

Blumer, 42, wanted to infuse a bit more rock ’n’ roll into his industry. So when he eventually took over his father’s small firm, he made his own rules: There would be no time sheets, no dress code and, most radical of all, no billable hours. He was convinced, in fact, that the billable hour was part of a series of mistakes that took all the fun out of his profession. To him, it seemed like a relic of a dying economic age and one that was depriving his industry of billions in profit.

What a concept, huh? The value of life is not measurable in hours but output. The only time hours are relevant are if it's your birthday and your mom is reminding you how many hours she spent trying to squeeze out your big fat head (I'm looking directly at you, Colin).

Just as Apple doesn’t want to be in the generic MP3-player business, Blumer didn’t want to be just one more guy competing to charge a few hundred dollars an hour to do your taxes. A few years ago, he said, he realized that the billable hour was undercutting his value — it was his profession’s commodity, suggesting to clients that he and his colleagues were interchangeable containers of finite, measurable units that could be traded for money. Perhaps the biggest problem, though, was that billing by the hour incentivized long, boring projects rather than those that required specialized, valuable insight that couldn’t (and shouldn’t) be measured in time. Paradoxically, the billable hour encouraged Blumer and his colleagues to spend more time than necessary on routine work rather than on the more nuanced jobs.

REVOLUTIONARY, I tell you, this idea that clients derive more value from the actual work than they do the time it takes to complete the work. What a concept!

So… the billable hour. Love it or hate it? Discuss.

Update: didn't believe Jason wanted to be a rockstar? Peep this ancient photo our interns (read: my cats) were able to unearth from Jason's past. Just look at those boots! 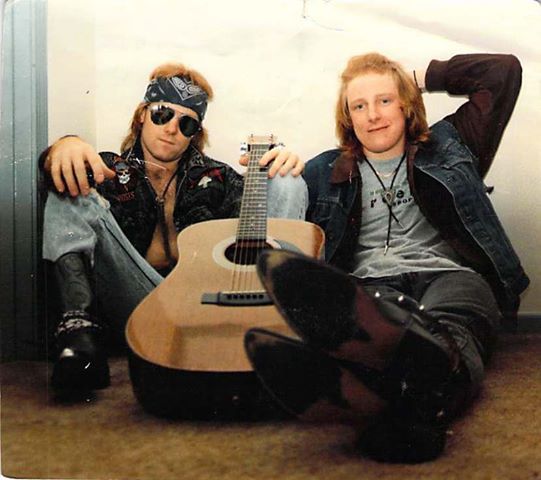 There’s some new Deloitte research out this week and it is hi-lar-ious. It seems executives have absolutely no clue what their underlings are going through, mistakenly think they’re doing a good job of making said underlings think they care, oh and they too are stressed AF and thinking about quitting their jobs. Man, things are […]

PwC has whipped out their prestige and is wagging it around in everyone’s faces. eFinancialCareers reports that despite accounting firms everywhere struggling to recruit and retain any talent not just the best and brightest PwC is being picky about who it brings in: There’s been no shortage of applications for PWC’s student jobs this year. […]