Latest
Friday Footnotes: EY CEO Has Ragerts; PwC Saves the Planet; KPMG Gives Up | 9.18.20 Deloitte Consulting Is Irresponsible, Lacks Integrity, and Is Unreliable, Says Accenture Congrats to Deloitte U.K. for Getting the Largest Fine Ever Handed Out by the Financial Reporting Council Layoff Watch ’20: KPMG Executive Assistants Were Given an Ultimatum This Week Tracker: These Accounting Firms Have Either Cut Jobs or Pay (or Both) During the COVID-19 Crisis

Browsing Reddit the other day for interesting accounting topics as one does when one has written nearly 3,000 posts over a span of 10 years on the subject, I came across this. I have to say, it’s not every day I find some dusty old corner of the industry that’s new even to me but here we are. 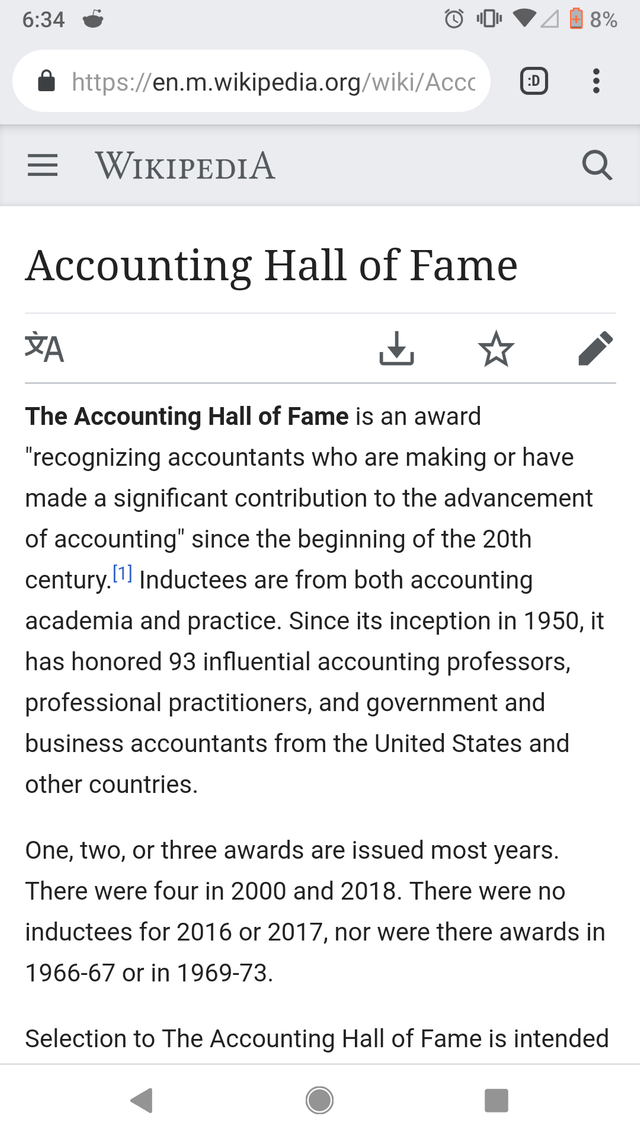 Huh. Makes sense. I mean, rockstars and athletes get their own halls of fame, why not accountants? Certainly there are those individuals who make genuine contributions not only to the profession but to the art of capital markets protection, right?

The Accounting Hall of Fame was established at The Ohio State University in 1950. Its first inductees were George Oliver May, who you can thank for putting forth the bright idea to require audits for publicly-listed companies, Robert Hiester Montgomery, a high school dropout who co-founded what is now PwC, and William Andrew Paton, founder of the American Accounting Association and recipient of the ultra-rare Outstanding Educator of the Century award for the 20th century.

As of 2018, 97 people have been inducted into the Accounting Hall of Fame. Wikipedia has the entire list, the most surprising part of which is that many inductees have their own pages to dive into.

So who gets in? Let’s see what AAA has to say about that:

Selection to the Accounting Hall of Fame is intended to honor and recognize distinguished service and contributions to the progress of accounting in any of its various fields. Evidence of such service includes contributions to accounting research and literature, significant service to professional accounting organizations, wide recognition as an authority in some field of accounting, advancement of accounting education, and public service. A member must have reached a position of eminence from which the nature of his or her contributions may be established.

Think folks like Elijah Watt-Sells (1952), Arthur Andersen (1956), Bob Herz (2012), and Sir David Tweedie (2013). Four more new inductees will join them at the annual AAA meeting this August, including the first African American to join Beta Alpha Psi and “the father of cost accounting,” along with the Hall of Fame’s fourth woman and a prominent researcher.

Apparently, you can even visit the actual Accounting Hall of Fame, so next time you’re in Columbus, Ohio, be sure to swing by, I’m sure the one dude who works there will be stoked to have a visitor.

Ed. note: we are continuing to experience some intermittent website issues, so please be patient while these are addressed on our end. Even the server has a touch of the ‘rona mental breakdown going around, it happens.  EY chairman admits ‘regret’ over Wirecard failures in letter to clients [Financial Times] The global chairman of EY […]

2020 CPA CFE successful despite hotel room exam setting [Canadian Accountant] CPA candidates were not allowed to sleep in the rooms but could book the rooms in the same hotel. While they were anxious about this new format and possible technological problems, the three-day exam appears to be a success. “It was amazing, I got […]

Congrats to Deloitte U.K. for Getting the Largest Fine Ever Handed Out by the Financial Reporting Council