Florida, the state long considered a mecca for Disney fetishists and retirees, is the actual worst. The peninsular Sunshine State, in addition to being our #1 exporter of citrus fruit (no idea if this is true), boasts spiders the size of Diet Coke cans that can only be smote with a flame thrower, wild sharks, two too many NHL teams, alligators with a taste for human flesh1, 18-foot-long Burmese pythons, Jimmy Buffett fans, and, perhaps worst of all, Jimmy Buffett himself. Add in the sweltering humidity, city-swallowing-hurricanes, and a couple of real dishonest CPAs, and Florida becomes a place that I would never go. Citrus groves be damned.

In my Caleb Newquist-assigned quest to hunt down the best CPA mug shots, my search naturally centered upon Florida-based accountants because, as I learned from a) a lifetime of Midwest-cultivated bias regarding states without a real winter and b) years of watching all day COPS marathons with my fam, all the criminal shit goes down in Florida.

Before you strike down my anti-Florida rhetoric as baseless, I submit to you the following Exhibits A-F as evidence that Florida = the worst.

Exhibit A: The Florida CPA Who Kidnapped and Imprisoned Three Hookers 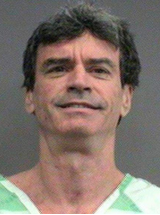 Former CPA Tim Deegan, 53, owned Deegan Professional Tax Service and served as president of the Fightin’ Gator Touchdown Club. He met hookers through an escort service, enslaved them in his home, drugged them, pimped them out, videotaped the sexual encounters, posted the videos online, and gave the women cocaine in exchange for sex and housecleaning services. The cops charged him with human trafficking, rape, and cocaine possession among other things.

According to my esteemed colleague, Greg Kyte, one can claim imprisoned prostitutes as dependents for tax purposes, which probably explains why this sleazeball is smiling in his SMUGSHOT. (See what I did there?)

Exhibit B: The Florida Accountant Who Stole $170,000 to Fund a Boob Job 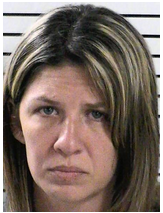 A Florida accountant at a camper sales center stole $169,822.63 and used the proceeds to pay for a boob job. (Doesn’t get much more Florida than that.) She confessed to the theft, claiming she needed the money to help pay for her divorce and that she planned to repay it. Authorities charged Steffani Lariscy with grant theft. The breast enhancement only cost about $7,000 –- just a fraction of the money she embezzled — but you know what they say about boob jobs and embezzlement: go big or go home.

Exhibit C: The Florida CPA who Defrauded her Clients AND the IRS 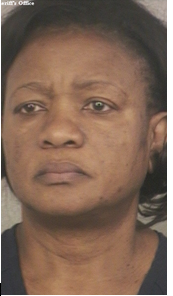 Pamella Watson, 60, pocketed more than $3.4 million in fraudulent tax refunds at her firm, deposited $222,500 in checks that clients wrote to the IRS into her personal account, and transferred more than $1 million to an account in Jamaica.

Exhibit D: The CPA Who Stole a Little Old Lady’s Lifesavings and Blew It All on Slots 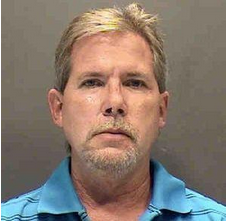 Brian Strand, a self-employed CPA, had a 92-year-old client who made him the successor of her trust. He withdrew $195,592 from her accounts and gambled it away in local Florida casinos. Strand made many of the withdrawls from ATMs at the casinos. Apparently, the bank thought the casino withdrawls looked suspicious because the 92-year-old was incapacitated at an assisted living facility. Strand got caught when the bank contacted authorities. Cops charged Strand, who admitted to a “gambling issue” (SURPRISE!) with exploitation of the elderly.

MEANWHILE, IN THE LAND OF MORDOR WHERE SHADOWS LIE (another little pet name I have for Florida)

Over the course of four years, Mary Catherine Buffano, 52, stole nearly $292,187 from Frenchy’s restaurant, where she worked as an accountant. Cops recovered more than $48,000 in cash at her house. Buffano was charged with grand theft of the One Ring to Rule Them All of $292,187 and scheming to defraud those nasty little hobbitses. 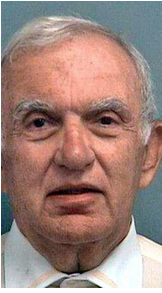 Dennis DeMartin served as a juror in a DUI trial, but his misconduct caused a mistrial and incurred an additional $127,000 in retrial expenses.

First, DeMartin failed to disclose his ex-wife’s DUI during jury selection. Second, he “conducted a secret a vodka-drinking experiment at home before deliberating the…verdict.” A judge sentenced DeMartin to six months in prison for contempt of court. During DeMartin’s appeal, his attorney claimed that the court " ’did not precisely … forbid’ DeMartin from drinking ‘three vodka and tonics to see how he would feel after having drunk that much.’ DeMartin's ‘well-meaning drinking 'experiment' was unwise but not contemptuous.’ ”

1 According to a veterinarian, an alligator will barrel roll a victim until the victim drowns. Then the gator stashes the body in an underwater cave and returns to feast once the decaying flesh is soft enough. If that’s not horrifying enough to keep you the fuck out of the Everglades, well, then I got nothing.