We live in America, which means if you don't believe in an almighty omnipotent God, you are evil and really don't deserve the freedom to not worship anything. It also means that people of other religions don't always understand that just because someone might not occupy a house of worship on the weekend, it means that they won't take offense when a religious person bestows some religiony thing upon them. Observe:

I just got this card from [redacted], the tax software vendor, and I am seriously creeped out. I'm not really comfortable getting mail from vendors with THRONE OF GOD in big black letters on it. Any companies out there doing tax software for the non-religious market?

For those who don't keep the company of atheist/agnostic types, it may be helpful for you know that there is a reason they aren't down with this stuff: it makes them uncomfortable. Sorta like how vaginas make Rick Santorum uncomfortable and how BLTs make Orthdox Jews uncomfortable. Put another way: just because atheists believe that when someone dies their souls go absolutely nowhere doesn't mean they're a bunch of hardend Grinches. That's right! Atheists have feelings too and they ask that you respect their right to be creeped by your anceint traditions and beliefs.
Anyway, here's the card in question: 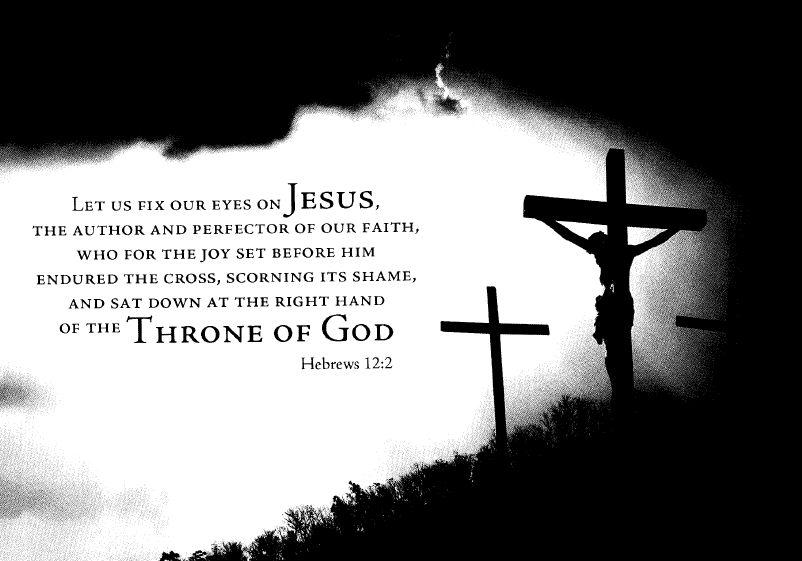 Personally, I don't find the card creepy. But then again, I grew up in the church and have seen approximately twelveteen bazilion different variations on this particular theme. Our reader got off easy. There's no bloody crown of thorns. It's completely devoid of Jesus abs. There's no weeping mother Mary at the foot of the cross. All those things would make for a far creepier card.
That said, it's clear that one reader found this card to be inappropriate in a business context. Does anyone else out there get the heebie-jeebies looking at this thing? Anyone think our tipster just needs to throw it away and go back to their meaningless existence? Tell us below.
And for the record, legend has it that there were two other dudes on crosses around JC. The card is nothing if not misrepresentative of the story.