From this pretty interesting 200 year history of accounting:

This Milwaukee brothel ledger shows us how accounting — at least for hookers — looked back then: 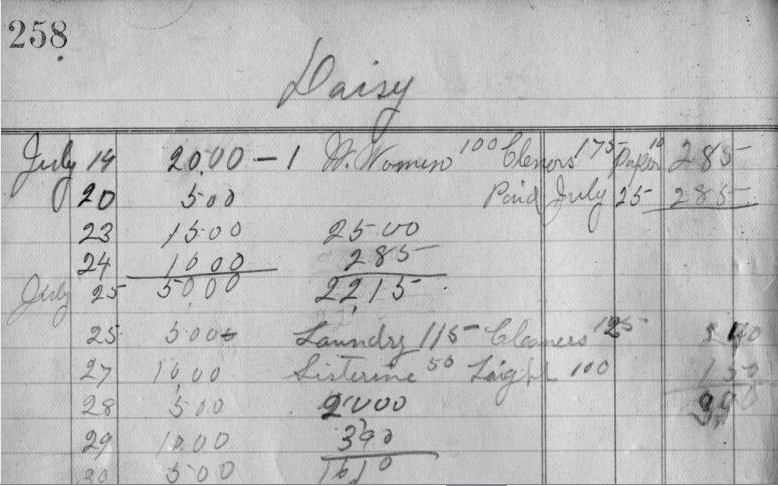 Does that say Listerine? Never mind. (You'll note, however, that Listerine wasn't always used the way we used it today)

While we're comparing, the average banker made $7,700 in 1910, with the average lawyer pulling in $4,100, according to Neil Wynn's From Progressivism to Prosperity. The book says that the average wage for an accountant in 1913 was $30 a week. By comparison, Henry Ford paid his factory workers $5 a week the following year. What the gap is between the "average" accountant and the "competent" one making $2000 a year is unclear.

I'm not sure if any of those facts are supposed to make you feel better or worse, I'll leave that to you.

CBS News crunched some Payscale data and by some miracle, accounting ranked #52 on this list of the 60 highest-paying majors. Because we anticipate people might ask for proof of this, we have screenshotted accounting’s entry on said list. Text: Accounting isn’t just accounting anymore. Experts must perform multiple functions at once — and that’s […]

I made my entrée into accounting way back in 2007, at the time my job involved a three-hour roundtrip journey across four Bay Area counties and back and I was looking for something a bit closer to home. Shortly after starting in CPA review, I started seeing more and more “For Sale” signs on the […]