Normally, having a heart attack is a terrible thing. As an old guy, it's near the bottom of your to-do list and you likely do everything you can to avoid it, including giving up cigarettes, red meat, and fast women.

For Enron founder Ken Lay, a heart attack was the best thing that could have happened. At the time, he was 64 and facing decades in prison for his part in one of the greatest scandals of our lifetime. So it's not like he had that much to live for.

Lay was vacationing in Aspen — because that's what you do when you're about to be thrown into the clink for the rest of your miserable life — when coronary artery disease took him out of the game.

"I guess when you're facing the rest of your life in jail and in your heart you know you're an innocent man, I guess it's too much to bear," said close friend Willie Alexander.

As expected, some folks were a tad skeptical at the time because the timing was just too perfect. That's presumably what led to this Daily Kos diary: Ken Lay escapes life conviction by faking his death!

I had heard Jeanne Garafalo talk about this possibility briefly on a call-in to Sam Seder while he was hosting "The Al Frankin show".

Hang on one second. Can I just say "I heard 'Jeanne Garafalo' talk about this on 'Al Frankin' [sic]" is the most liberal thing that ever happened? Throw in Rachel Maddow and it sounds like a modern day House Committee on Un-American Activities witness list.

Ken Lay has faked his own death in order to escape conviction (he would have been put away for life) and is not really dead (but roaming free with his stash of money in another Country somewhere).

How is this possible?  Well, first of all we have yet to see any photographic evidence or true medical evidence that Ken Lay's body itself, in fact, ever surfaced as truely "dead".  Some "statements" have been made — but no hard proof of his death has ever been furnished.

Listen, it's not like the CIA buried him at sea or anything.

Here are the reasons given on the Kos diary for why Lay's death was a little shady:

1. His pastor, Steve Wende of Houston's First United Methodist Church in Houston, made the first announcement that Ken Lay had died of a heart attack — but Lay was located in Colorado where he was said to have died.   Why was the news broke by "a pastor" friend back in Houston and not a professional ER-unit in Colorado-?

Um… admittedly I'm not up on the protocol for announcing the deaths of public figures but the ER professionals are usually busy in the ER treating patients.

2. Ken Lay was scheduled to be sentenced Oct. 23.  This event would have made big headlines right around the time of the 2006 Election that might have been damaging to the GOP and to the White House.  By faking his death, Ken Lay now escapes this convinction altogether and the GOP&Bush-den-of-theives now avoid the public embrassment of Lay, the good friend of Bush-Cheney, actually getting incarcerated right around Election day.

You might as well say that George Bush killed him, then. I mean, if you're gonna go there, don't hold back.

3. Lay, only 64 years old (just 4 years older than George W. Bush and the same age as Paul McCartney and Joe Lieberman), displayed no signs of ill health throughout the grueling four-month trial that started Jan. 30. He was consistently upbeat and smiling, holding hands with his wife, Linda, outside of court.

People with heart disease don't look like extras on The Walking Dead, guy.

4. Wende even was forced to acknowlege to the Media, "I know he looked to be in good health".

Again, it's not like the guy had Ebola. Dick Cheney holds the world record for most heart attacks without dying1 and look at that guy. Sure he looks a tad embalmed but he doesn't look sick.

5. And it was now reported today that: "The body of Enron Corp. founder Ken Lay will be cremated and his ashes buried in Aspen, Colorado"!  How convenient. This means that there is no visible proof available that Ken Lay's body was, in fact, dead.  You could perform a crematation of somthing else or simply fake the cremation in any number of ways — and no one would ever know the difference!

OMG, you mean someone cremated his body? THE HORROR! It must be a cover-up then since no one is ever cremated after they die.

Is Ken Lay alive? It's possible. It's also possible that he's on an island with Elvis and Bat Boy. That doesn't mean it's likely. 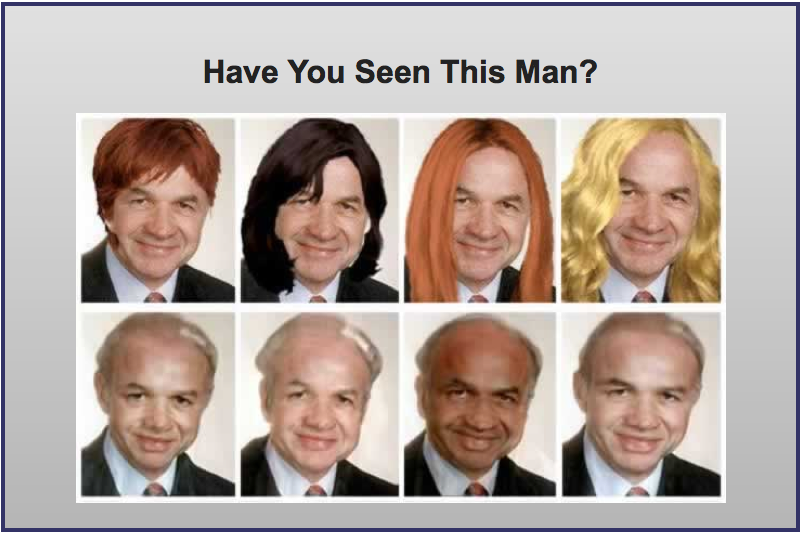 pic via Ken Lay is Alive

Remember Leslie Seidman, the former chairman of the FASB? Well, she is now, among other things, a member of General Electric’s board of directors and chairman of its audit committee. She made an appearance on CNBC on Aug. 15 to comment on the report from Madoff whistleblower and forensic accountant Harry Markopolos that accuses GE […]

A certain report about General Electric caused quite the uproar yesterday. GE falls the most in 11 years after Madoff whistleblower calls it a ‘bigger fraud than Enron’ [CNBC] Boy, did Harry Markopolos send shares of GE into a tizzy on Aug. 15: Markopolos targeted the conglomerate in a new report, accusing it of issuing […]