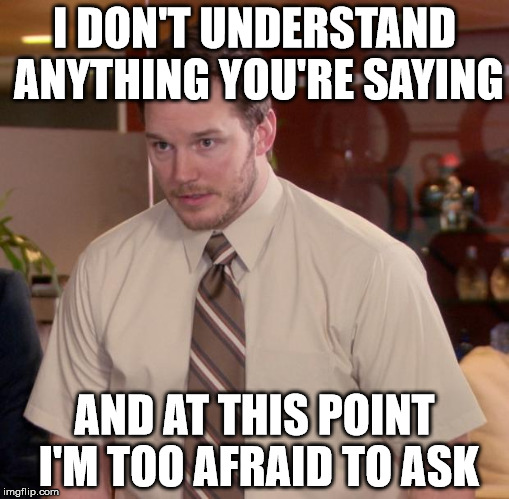 My Intermediate Accounting I professor was a quirky guy. He wore Adidas windpants and t-shirts to class, ate peppermint candies constantly and always complained about how hot it was, even in the dead of winter. A lot of students thought his idiosyncracies were unprofessional but they could not deny that performing well in his class was important. About half of my Intermediate I class dropped out so those of us who managed to survive to see him again in Auditing I earned a bit of his respect.

Because he had a reputation as a hardass, some of the more ambitious students went great lengths to impress him by showing off their grasp of inventory accounting or sampling or whatever else he was teaching at the moment. I remember being an undergraduate, sitting in auditing, having to listen to one particular nontrad who pontificated regularly in class. AuditProf liked this guy but he annoyed the hell out of the rest of us. It's almost like this guy wanted to confuse and/or bore the rest of the students on purpose so he could hog AuditProf's knowledge all to himself. After awhile, AuditProf picked up on it and would occasionally prompt other people to answer questions or cut off Mr. Pedantic so we could get on with class.

One time in particular, I remember Captain Smartypants answering a question/holding court with an extra heavy dose of jargon and verbosity when AuditProf stopped him in his tracks with, "Pretend like I don't know what you're talking about." This forced Lieutenant Wise Guy to talk like a regular person for a change, exposing flaws in his thinking and giving us a break from Sir Know-it-all. To this day, I have no idea why I remember that exchange so vividly other than maybe, it showed me how playing dumb is a really effective way to communicate with people who are (or just think they are) smarter than you. This all came back to me after reading this article on Above the Law about this subject:

I am so accustomed to watching my colleagues and compatriots battle for intellectual superiority, I was surprised when I watched a capable, talented, and yes, intelligent, attorney play dumb to excellent effect. The act took enormous confidence because we were engaging with aggressive business colleagues and I watched this attorney unabashedly say, “I don’t understand what you are talking about, can you simplify for me?” He didn’t say it once. He didn’t say it twice. He repeated it throughout the day. I watched our business colleagues roll their eyes and laugh at his ignorance. I watched him hold firm on his position of ignorance as others bullied him to get over it and accept their position simply to resolve the issue. Ultimately, he wasn’t the only one who confessed to not understanding the issue presented to the team that day. By forcing others to explain their position and simplify it, he allowed them to demonstrate the flaws in their position. By holding firm in his confusion, he created a safe harbor for others to also say, “I don’t understand either.”

Accountants of all kinds have to deal with this every day. I remember one partner (quoting another partner) as saying, "If you can't dazzle 'em with brilliance, baffle 'em with bullshit." I suppose that's good advice too, until you're baffling someone who then asks, "Wait, what? Can you explain that?"

Accounting involves countless rules and exceptions for dry, complicated matters that most people don't even know exists. So it's natural for people who know this stuff well to do so with a bit of pride. The problem for us rubes is, uh, we don't what the hell you're talking about! And if part of our job is to understand the complex stuff that some people take for granted, asking them to dumb it down is the only surefire way to get your head around it. Sure, you might irk someone by asking them to explain an issue, but there's always the risk that if you don't ask him or her to explain it, they assume you understand it and when it becomes clear that you don't, they'll be even more pissed off.

You can take things too far, of course. If you play too dumb, you might lose your job. But more often than not, asking people to simplify what they're saying helps you and everyone else too. Just ask already.

PwC has whipped out their prestige and is wagging it around in everyone’s faces. eFinancialCareers reports that despite accounting firms everywhere struggling to recruit and retain any talent not just the best and brightest PwC is being picky about who it brings in: There’s been no shortage of applications for PWC’s student jobs this year. […]

The debate over employee work preferences continues to explode. Many employers actively ignore employee preferences, particularly when employees favor fully remote work. In recent weeks, even more companies demanded that employees return to offices, immediately, or else. Employee preferences aside, why do companies want everyone back in the office? 1. Companies are losing grasp on […]