For as long as I can remember, KPMG has always been the butt of Big 4 jokes: Big 3 + KPMG, a golf apparel company masquerading as a Big 4 firm, the red-headed stepchild of the profession, always a bridesmaid and never a bride, Scott London, Caleb worked there, etc.

But with the whole “pancakes and waffles” training debacle, calling itself the Harvard of the Big 4, being the audit firm of several companies going down the tubes lately due to scandals, and going to unlimited PTO to eliminate employees’ “entitlement mentality,” has EY replaced KPMG as the clown of the Big 4?

This post on Fishbowl today is the reason why I ask: 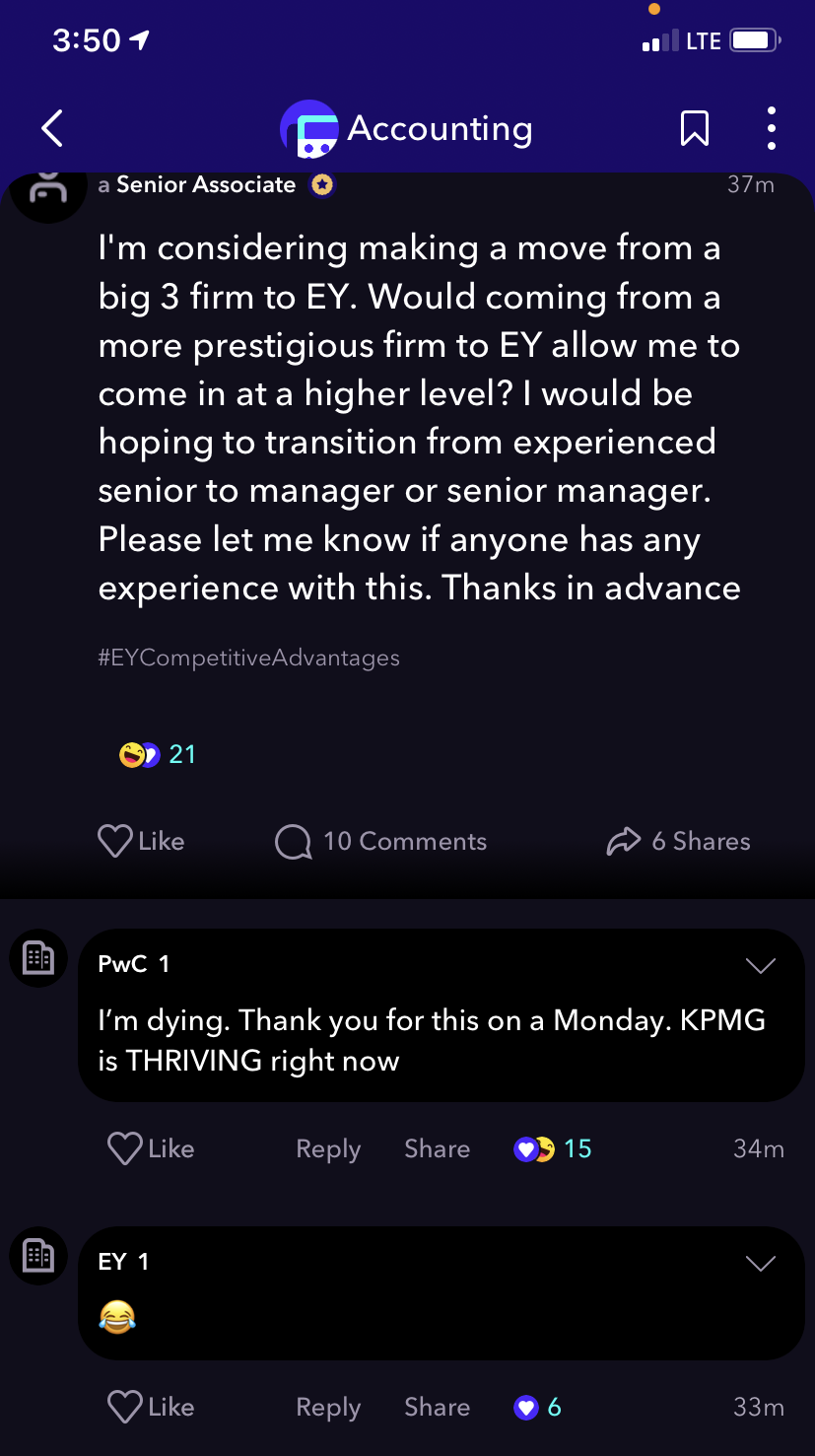 So is it now Big 3 + EY? Or is this ridicule of EY just temporary and KPMG will always be the Ringo of the Big 4?