According to this recent post on Fishbowl, the answer is yes: 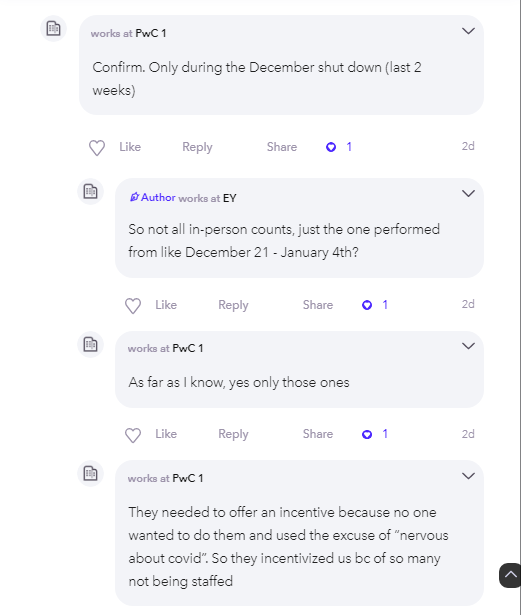 Hey, if you’re a low man or woman on the totem pole at PwC, didn’t mind traveling to a client site during a pandemic, and if you didn’t mind working during #PwCTakesABreak or whatever the hell PwC calls its two-week time-off period before busy season kills its employees, an extra $500 or more in your pocket seems like a pretty good deal.

Based on other responses in that thread, EY didn’t offer a similar financial incentive to its audit staff. Anyone at Deloitte, KPMG, Grant Thornton, BDO, or RSM get some extra cash for risking getting Rona while doing on-site inventory counts?

Two former KPMG auditors who worked on the ill-fated audit of a not-for-profit college agreed to having their wrists slapped by the SEC for their roles in the school’s collapse: The Securities and Exchange Commission today suspended two former KPMG auditors [Christopher Stanley and Jennifer Stewart] from practicing before the SEC in connection with settled […]