Latest
Friday Footnotes: EY CEO Has Ragerts; PwC Saves the Planet; KPMG Gives Up | 9.18.20 Deloitte Consulting Is Irresponsible, Lacks Integrity, and Is Unreliable, Says Accenture Congrats to Deloitte U.K. for Getting the Largest Fine Ever Handed Out by the Financial Reporting Council Layoff Watch ’20: KPMG Executive Assistants Were Given an Ultimatum This Week Tracker: These Accounting Firms Have Either Cut Jobs or Pay (or Both) During the COVID-19 Crisis

Protip: throwing on a green eyeshade does not an accountant costume make.

I know what you're thinking. Creative and accounting-themed just don't go together. But like chocolate and potato chips, sometimes unexpected combinations are the best.

We've previously discussed Halloween ideas for uncreative accountants, from the accounting police to the audit trail. Did anyone actually take our advice? Who knows. That was a long time ago so they've probably long since left public accounting; seeing as they are probably still in therapy recovering from that dark time in their life, they likely don't talk about the time they showed up at the office in a cop outfit and went around counting things (A Counting Cop, get it?).

We know you auditors are probably going to wear the same costume you wore last year but just in case you're looking for ideas, let's bat some around.

For starters, we've got Taxed to Death by @JKleinsmithCS, who says he walked around with a stack of Forms 1310 in his hand moaning "Claim my refund" in his best The Walking Dead extra voice. 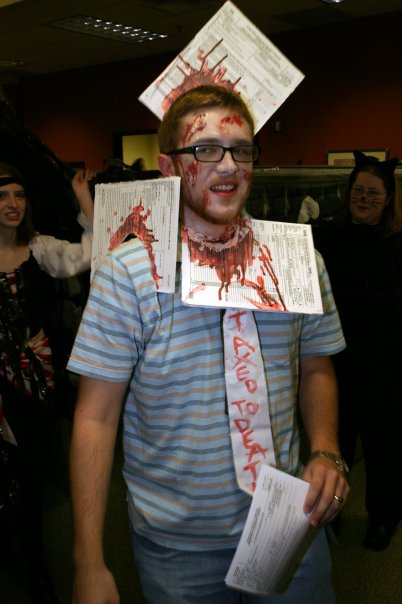 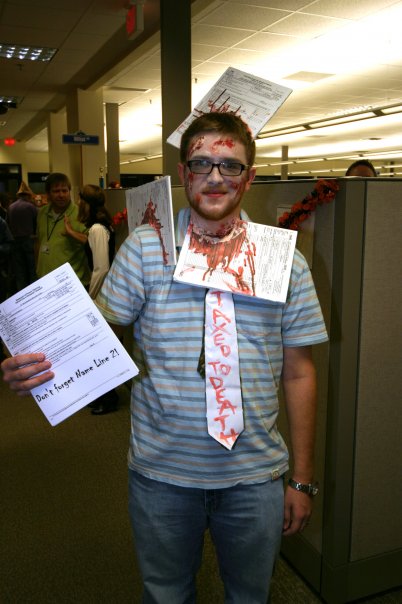 We're still trying to figure out how to pull off that reverse merger costume, but in the meantime, let's share ideas.

How about PCAOB inspectors? That would be easy, just stand around making snide comments about the quality of your colleagues' work.

Or perhaps you and three friends could go as the Big 4. Wear exactly the same outfit but all of you spend the night acting as though you are better than the other guys.

That's all we've got for now. Your turn.

Happy Halloween, everyone! Apologies if you do actually work for @KPMG, but you're this year's #halloween costume #companyhorror pic.twitter.com/B4N09PCs7W — 𝕯! (@darrynvdwalt) October 28, 2017

Congrats to Deloitte U.K. for Getting the Largest Fine Ever Handed Out by the Financial Reporting Council