Before we recently learned what was happening behind the scenes with workplace services staff and on-site technology support employees at EY, we got tipped off from someone in client technology that his/her and others’ jobs were being eliminated or offshored.

After a couple of weeks of not hearing anything else about what was going on with the client technology group, we got another tip recently from someone else in CT who said he/she also was a victim of EY’s cost-cutting:

Two weeks ago about 150 people in “high cost locations” received phone calls from their line managers where HR magically appeared a few minutes later and they were told their roles were being eliminated.

Understanding is this impacts anyone in a high cost location largely the US. Especially project managers and scrum masters.

Their plan is basically that GDS [Global Delivery Services] do it in India – so basically their leadership think it’s 2005 and all the work for EY service lines and their clients can be done offshore, but nobody actually checked to see that in fact large swathes of the GDS work is sent back to the US to be done!

Well it seems Client Technology leadership did not check with much of the business! Now entire teams depending on applications developed across drones, augmented reality and apps have had the rug pulled out from under them and risk having their products disrupted.

These guys in CT are completely out of their depth and basically let a whole team of talent, including their entire drone, virtual reality and apps guys without checking with the rest of the company!

OK, that’s pretty bad. But can it get any worse for these 150 or so people who are being kicked to the curb? Yes, yes it can.

The levels of douchery get better 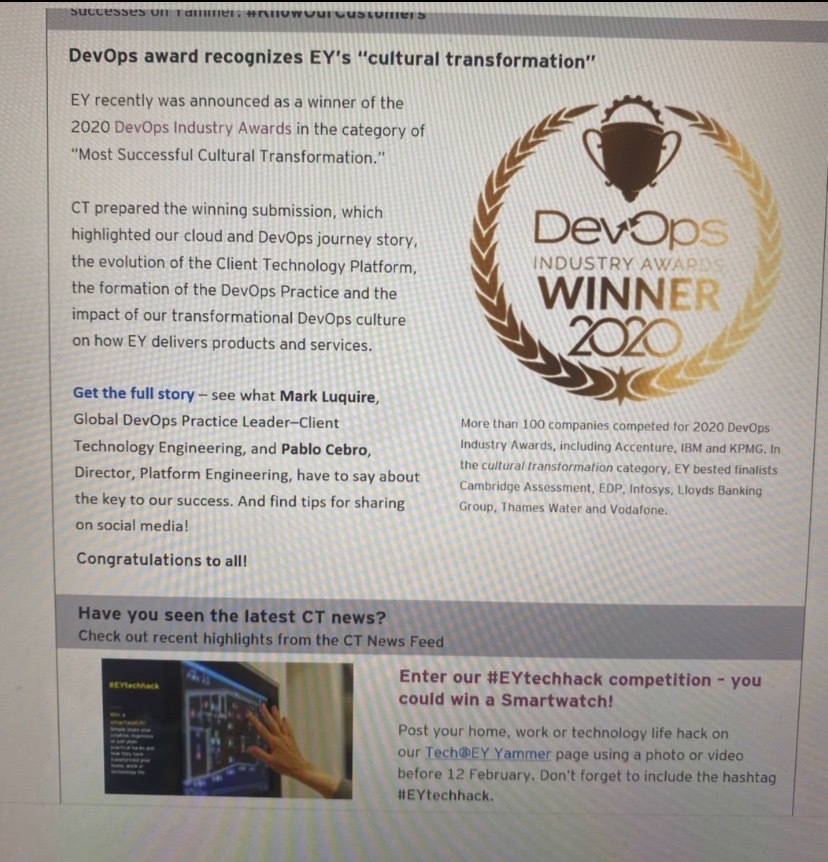 Everyone laid off got this email across CT today [Feb. 4] – announcing they’ve won a “cultural transformation award” and that there’s a competition to win a smart watch if they enter by the compassionate and self aware date of their leaving date ????

And here’s the coup de grâce: Recently, EY sent a busy season “Reset” care package to EYers that included, among other things, a blanket and the New York Times bestseller Grit: The Power of Passion and Perseverance by Angela Duckworth.

Well guess who also got these care packages? Were they being told by EY that now they’ll have to “reset” their lives and careers?

Everyone let go got their FedEx redundancy package and then shortly after got a giant “care package” from the US company with a book on “Grit,” a comfy blanket and a tumbler flask with hot cocoa. 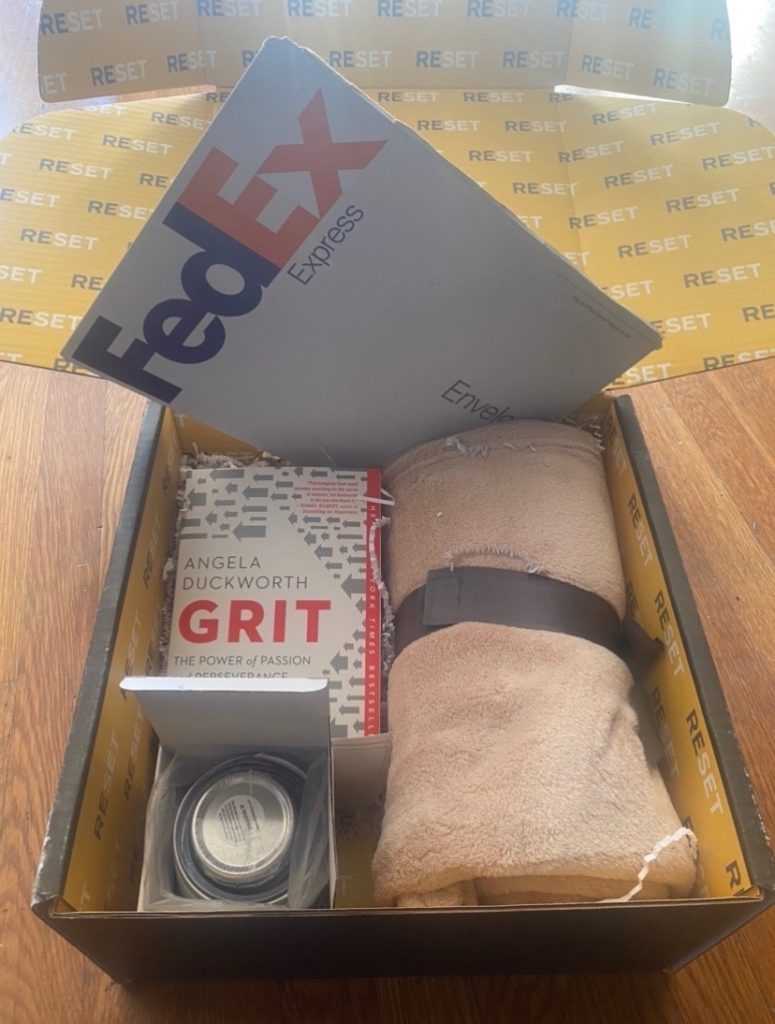 CT hadn’t checked or told the US to hold off on sending the package, I mean these things are basic.

Nothing like rubbing a ton of salt into a wound, EY.

[UPDATE] Deloitte University, aka Deloitte Disneyland, will be getting some new attractions now that Tarrant County commissioners approved tax breaks for Deloitte to proceed with a $300 million expansion of its training center campus in Westlake, TX. The Dallas Morning News reported on July 26: Commissioners unanimously approved a 10-year deal that could save the […]