Not too long ago, RSM US had one of the worst PCAOB inspection reports we’ve ever seen. How bad was RSM’s audit quality? R-E-A-L bad.

The number in the red is … well … not a good number. That would be the number of audits the PCAOB inspected that had problems so big that the audit cops determined RSM had not obtained sufficient appropriate audit evidence to support its opinion on the issuer’s financial statements and/or internal control over financial reporting.

For those of you scoring at home, that’s a failure rate of 73%, the firm’s worst ever by far, and RSM had some doozies in the past when it was known as McGladrey.

At that point RSM couldn’t be much worse at auditing, so it wasn’t a complete shock that the firm’s audit deficiency rate got a lot better (29%) in its 2018 PCAOB inspection report. 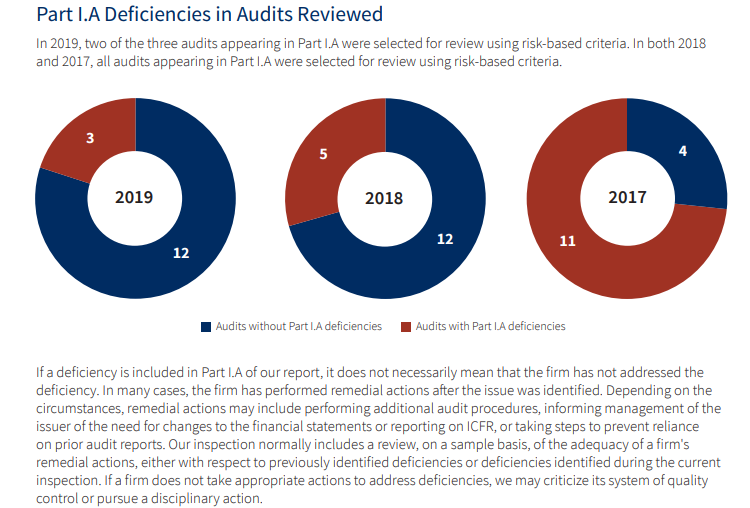 So in the span of three PCAOB inspection reports, RSM’s audit quality has improved from failing 73% of audits inspected to 29% of inspected audits having deficiencies to 20% in its 2019 report. High five, RSM!

Of the three ones with mistakes, two had deficiencies in both financial statement and ICFR audits, and one had mistakes in ICFR only. 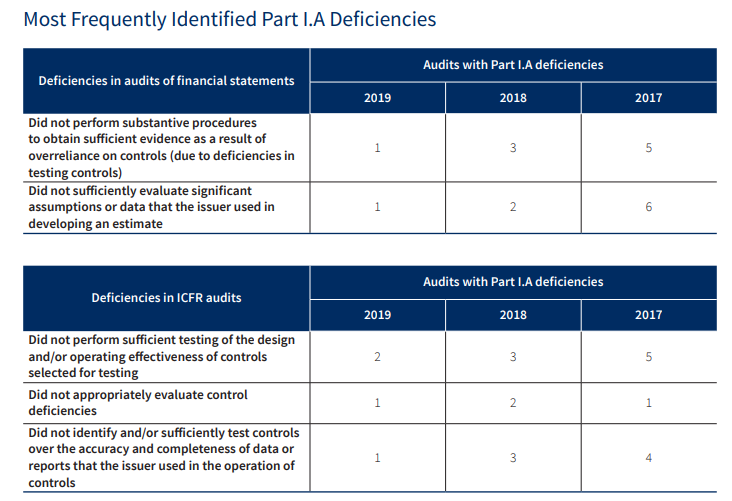 Of the three wayward audits, two were for issuers in the financials industry, while the other one was an issuer from an unidentified industry.

If you see anything else of importance in RSM’s 2019 inspection report, let us know:

Hanlon’s razor states “never attribute to malice that which is adequately explained by stupidity.” Meaning most of the time when someone does something bad, it’s not because they’re a bad person, rather too stupid to know better. Or something. Socially anxious people with victim complexes — who no doubt make up a large portion of […]

Insufferable former Citrin Cooperman client Martin Shkreli is no longer behind bars. From the Wall Street Journal: Martin Shkreli, the so-called “pharma bro” who was widely criticized for raising the price of a lifesaving AIDS drug, has been released from federal prison. Mr. Shkreli departed the Federal Correctional Institution Allenwood Low on Wednesday, according to […]

The PCAOB Ain’t Messing Around No More