The Big 4 firm behind the most boring TV ad during Super Bowl LV last night has shown improvements in audit quality in its last two PCAOB inspection reports.

Some may say that EY having a former PCAOB member on its Independent Audit Quality Committee is why the number of EY audits with deficiencies is decreasing. Yep, it probably doesn’t hurt having Jeanette Franzel as part of team black and yellow. Or maybe EY U.S. auditors are trying to keep their noses clean given the negative backlash EY auditors in other parts of the world are receiving because of the Wirecard, NMC, and Luckin Coffee scandals. 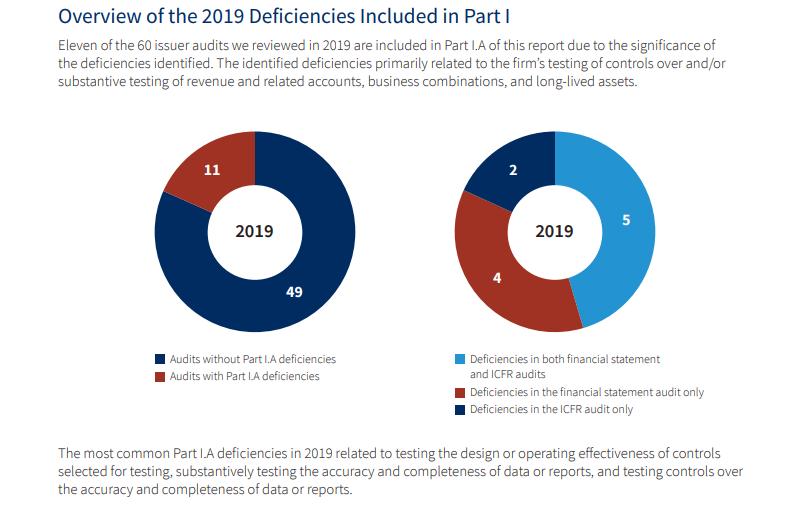 And if you go back as far as EY’s 2014 inspection report, the firm has cut its percentage of deficient audits by half:

Of the 11 problem audits, three were with issuers in industrials, the most of any industry, followed by two each in consumer staples and IT, and one each in communication services, consumer discretionary, financials, and materials.

You can read the full report here:

[UPDATE 8] A tipster made us aware of a photo posted on Instagram tonight by Alliantgroup co-founder and CEO Dhaval Jadav who wined and dined some of his troops at Songkran Thai Kitchen in Houston. But Jadav is not in the photo, for whatever that’s worth. Even though his business was raided by federal authorities […]