In today’s edition of “Big 4-on-Big 4 Poaching From Around the World,” we head to the largest country in South America where Carlos Augusto da Rosa Gomes recently left PwC in Brazil for the bluer pastures of KPMG.

He announced his new home away from home on LinkedIn earlier this month: 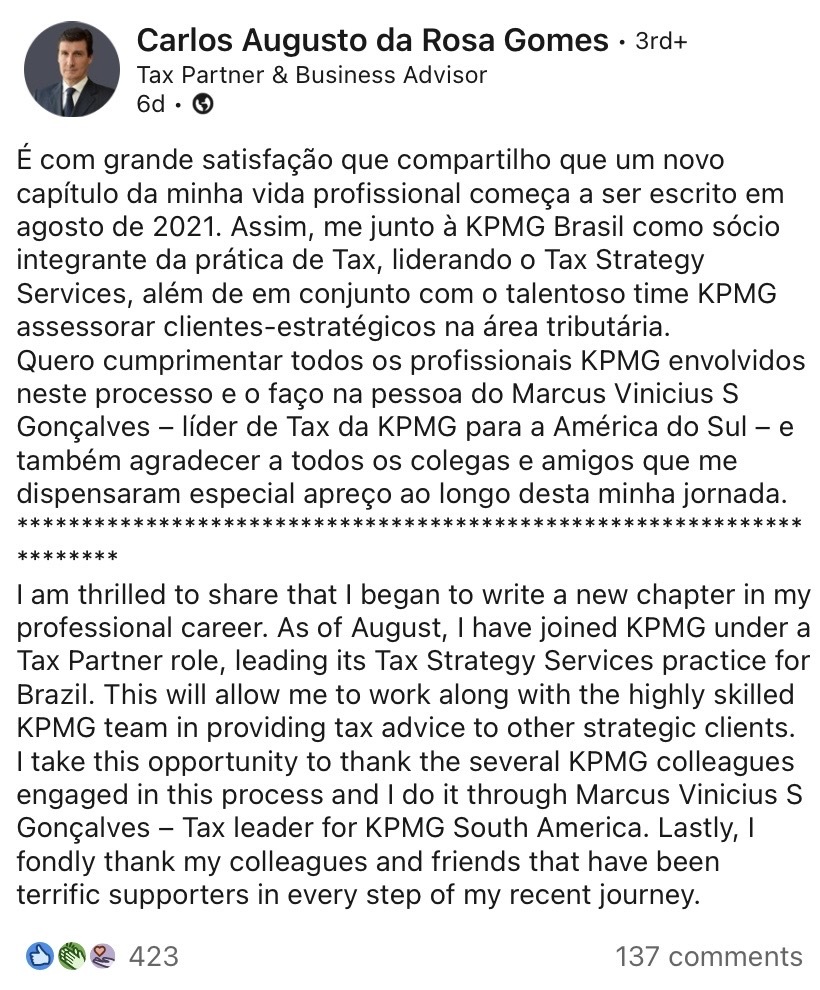 KPMG is Carlos’s third Big 4 stop during his career, which began in 1988 as a tax consultant at EY in Brazil, according to his LinkedIn page. He left EY in 1990 to work as a tax and insurance manager at chemical manufacturing company Rohm and Haas. Carlos then moved on to Proctor & Gamble, where he was a tax director for nearly 13 years. He also spent almost 12 years as corporate tax director for General Electric in São Paulo. After GE, Carlos went to PwC in Brazil in 2017, where he had been a senior tax partner for the last four years.

[UPDATE 8] A tipster made us aware of a photo posted on Instagram tonight by Alliantgroup co-founder and CEO Dhaval Jadav who wined and dined some of his troops at Songkran Thai Kitchen in Houston. But Jadav is not in the photo, for whatever that’s worth. Even though his business was raided by federal authorities […]