Latest
Friday Footnotes: No More Loaning Staff?; It’s a Trap; SEC and Social Change | 09.25.20 How Are Big 4 Firms Stacking Up on Work-From-Home Benefits? Grant Thornton’s Revenue Barely Moved the Needle In FY 2020 FYI: One of the ‘KPMG 5’ Is Scheduled to Be Sentenced on Oct. 9 (UPDATE) Big 4 Lawsuits: Ex-PwC Partner vs. PwC, Deloitte Partner vs. Deloitte Australia, EnviroNet vs. EY 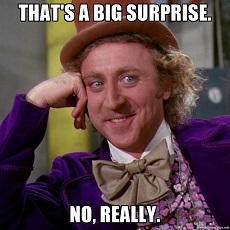 Being active in your community yields all sorts of unexpected benefits. As many readers of my earlier articles pointed out, you can’t be phony or push business. Others pointed out social contacts usually start on social media, not personal conversations. However, getting out there and being yourself can reap surprising rewards. So how did we meet a future Earl, exactly?

It all started over dinner
Years ago I served on the board at a local museum where I made many friends. After leaving the board we kept in touch with people, usually as couples having dinner together periodically. So don’t close the door on past phases of your life. Make an effort to keep up relationships. This often means finding interests in common. Maybe they are wine connoisseurs or into music.

Anyway, over dinner in June we mentioned to some friends that we were traveling to England in July. They mentioned that they were high bidders at a charity auction for a “Backstage Tour of Downton Abbey” and why don’t we go in their place? It was extraordinarily generous offer and they expected nothing in return.

A little respect goes a long way
We send an email thanking them the next day. We are copied on an email exchange between the charity, the auction organizer, etc. The lesson here is you must follow up. They often assume the follow-up you demonstrate in your personal life is an indicator of your follow-up in your professional life.  We are in England shortly thereafter. We send an e-mail to the UK contact, a fellow named George who donated the tour to the charity auction. Since this was short notice and the tour could be taken within a 12 month period, we explained we knew it was unlikely this could come together on short notice. In short we were just being respectful of everyone's time. No one can be expected to drop everything and accommodate. Give them the opportunity to opt out.

The unexpected meeting
Soon, we get a return email. “How about coming over on Tuesday? I’ll give you the tour.” We Google George to learn more about him. He’s a lord. His dad is the 8th Earl of Carnarvon. We also find George on LinkedIn. We drive to Highclere Castle, set in 6,000 acres of woods and farmland in the south of England and was used as the set for Downton Abbey. We park by the field house as instructed and we see lots of tourists are milling around. George turns out to be a 23-year-old fellow who rode his new motorcycle down from London, specifically to give us the tour. He’s dressed in a polo shirt and chinos. So we're on his territory now, his family’s ancestral home and allow him to take the lead.

Getting to know you
He gives us a tour, often ducking behind velvet ropes to avoid crowds. Afterwards he treats us to afternoon tea with champagne at the café setup in one of the outbuildings. He treats us as if we are the most important guests in the world. We ask: “What brought you to the US? How did you wind up donating this tour to a local charity? It turns out he met a person near our home with a great concept for thin crust pizza. He is opening their first outpost in London. It seems simple, but we wanted to explore the connection and discover a common link. As we wrapped up, we realize we might never meet again. Clearly we don’t travel in the same circles and we agree to connect on LinkedIn. Sure, it's a professional network, but it can be stretched to accommodate unusual social connections.

Don't go overboard, be thankful
Now, at this point, we absolutely do not ask for a similar tour as a donation for one of our favorite charities. This was a once in a lifetime opportunity. We ask about paying for a tour on a future visit and he explains their docents also give private tours after the building is closed to the public. We sent an e-mail thanking George for the tour and sent photos back to the couple back home who made it possible bought them a large bouquet of flowers as a thank you. When someone makes a connection for you, letting them know you followed-up on their suggestion and how it worked out is also appreciated and your thank you needs to be tangible.

It all started with a chance conversation over dinner and turned into a tour of Downton Abbey and a connection with a future Earl, who has a connection with a local business in our area. Opportunity knocks every once in awhile and it’s up to you to open the door and follow through.

[Updated on Sept. 17 with information about Andersen, EY Canada, KPMG US, and Plante Moran.] In case you haven’t noticed, there have been a lot of salary reductions and jobs lost throughout public accounting over the past couple weeks as a result of the coronavirus pandemic. And it sucks. So we’ve started compiling a list […]

Back in the day, advice emails were our bread and butter. Well, more like my esteemed former colleague Caleb Newquist’s bread and butter. He loved cranking them out while I really had to be in the right mood otherwise I’d end up telling some poor intern to go fuck themselves just because I could. The […]

How Are Big 4 Firms Stacking Up on Work-From-Home Benefits?