Today, the PCAOB released its latest inspection report on the firm formerly known as Ernst & Young. Now, before we get into that, let's get into a little history because everyone loves history, right?

EY boasted an impressive failure rate of 35.7% in 2011, which was followed up by an even more impressive failure rate of 48% in 2012 and now we have a 2013 number: 50%. Just a thought here but instead of focusing on marketing, talking up diversity, and creating hashtags, perhaps EY should focus on the thing it is supposed to be doing right. But first, let me take a #SelfEY!

Within the 82 page report, we find the usual breakdown: 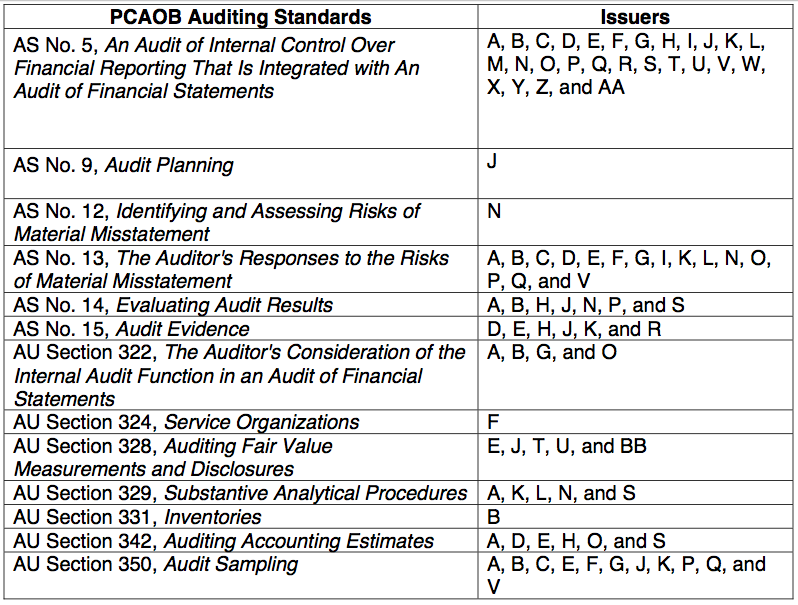 At this point, we have no choice but to conclude that Auditing Standard No. 5 is just a troll. How else can we possibly explain the fact that it seems so difficult for these firms to get it right?

Perhaps it's time for the PCAOB to offer AS5 webcasts or training or something to help these firms get it. EY especially could use an in-house training, perhaps.

EY's failure rate1 is so bad this year, even McGladrey audits better than they do. Well, at least compared to McG's 2012 report (which was still better than EY's 2012 report). Fret not, haters of any firm that isn't a Big 4 firm, we still have Grant Thornton's report to look forward to and they have a 65% failure rate to live up to.

Issuers A and B gave EY the most trouble, racking up 6 PCAOB dings each. As you can see, AS 5 is the reigning champ of baffling auditors and keeping PCAOB inspectors in a job, with AS 13 coming in a distant second.

1 Don't call it an audit failure. But according to the PCAOB: "Whether or not associated with a disclos ed financial reporting misstatement, an auditor's failure to obtain the reasonable assuranc e that the auditor is required to obtain is a serious matter. It is a failure to acco mplish the essential purpo se of the audit, and it means that, based on the audit work performed, the audit opinion should not have been issued."

The Wall Street Journal has an article today suggesting that the EY audit/consulting split may not be the big money pay day EY is banking (heh) on. Why? Consulting is a competitive market and the economy isn’t looking so great these days, and EY’s separated consulting biz will not necessarily have the brand recognition in […]