Yesterday I came across this screenshot while combing Reddit one hour after my weekly newsletter column was due as I often do on Tuesday afternoons when I’m procrastinating. At first I thought there’s no way this is real. I mean, it’s on the internet so obviously it’s real but … really?

Oh, it’s real y’all. It took me all of three seconds of Googling — which coincidentally is exactly how much time I’m willing to commit to researching an article before I give up and decide to scroll Big 4 memes on Insta instead — and wouldn’t you know, there’s an entire page dedicated to this on EY servers. I bet the servers get paid better than many EY employees. GC commentary in [brackets] so we’re clear.

How empathetic leadership can fix the Great Resignation

Mind you this wasn’t a survey of EY employees but rather an ambiguous sampling of 1,000 US workers. With that in mind, the EY Consulting survey points to survey results as a reason why pay, perks, and promotions are lame and investing in such won’t stop people from quitting:

Released in late 2021, the survey almost reaches self-awareness but sadly never gets all the way:

A lack of empathy in the workplace has caused many employees to leave their jobs, which is a possible contributor to this year’s so-called “Great Resignation.” Over half (58%) of employees have previously left a job because they didn’t feel valued by their boss, and nearly half (48%) have left a job because they didn’t feel like they belonged. The difficulty of connecting with colleagues has resulted in more than a third (37%) of employees leaving their organization.

I feel like now is a good time to whip out this screenshot from an EYer offering their opinion on an all-hands call in February. TL;DR EY is not giving mid-year salary adjustments despite three-fourths of the Big 4 doing so: 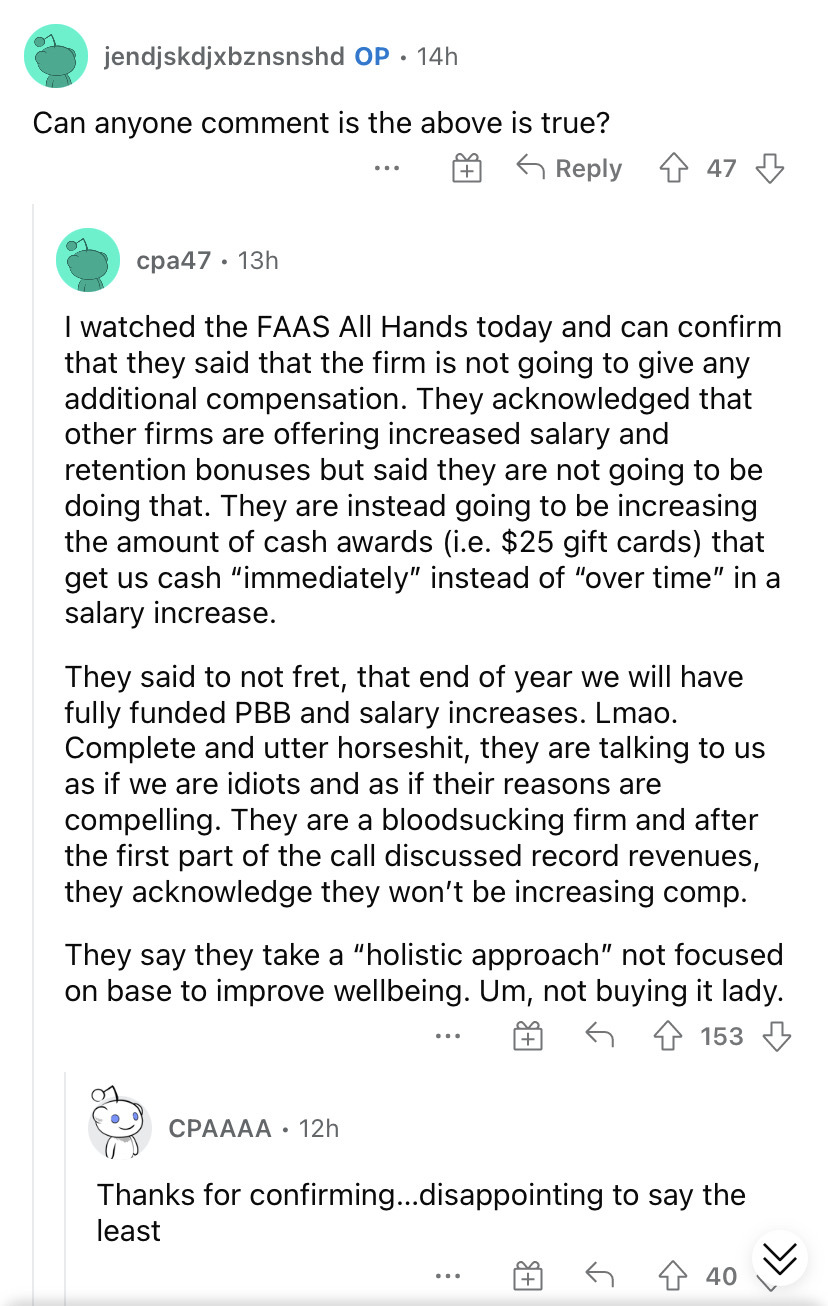 You know what’s empathetic? Paying people what they’re worth and giving them time to relax, spend with friends and family, or even just fuck off with a case of White Claws and some Elden Ring.

I’ll tell you what, whoever came up with this idea and sold it to the firm as something that should be announced with authority and confidence definitely got a raise this year. Meanwhile anyone who suggested to pay people more was promptly yeeted out of the nearest window. 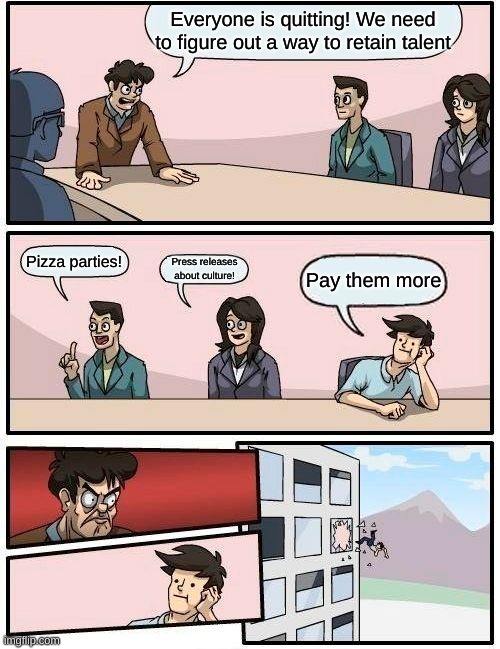 It is true that people — especially the pesky younger generation with their unreasonable demands like being able to take an afternoon off to watch their kid’s soccer game — do value the monolith we call “firm culture” in the sense that no one wants to work for a bunch of jerks. But that’s a given. It’s like the “nice guys” who think being “nice” qualifies them for all the human companionship they desire. Being considerate of others is the bare minimum, something parents and teachers instill in children from the first moment they encourage to share our toys with the other kids at preschool.

Empathy? More like eh, pay me. Yikes that was bad, I’m sorry.