Please ensure Javascript is enabled for purposes of website accessibility
Latest
An Audit Associate at KPMG’s NYC Office Has Died Friday Footnotes: Higher Salaries Lead to Higher Fees; EY Auditors Quit; Senator Rags on Greedy Accounting Firms | 1.27.23 Research: Working From Home Frees Up Two Hours a Week, Time Many People Spend Doing Work If This Person Can Pass the CPA Exam, So Can You EY Germany Gives 40 Partners and 380 Staff the Boot to Boost Profitability After That Whole Wirecard Thing
Just yesterday we ran down the 2011 performance of the eight largest public accounting firms in this fair land. And just as soon as people were starting to get their knickers in a twist, the PCAOB released its 2012 inspection report for the firm formerly known as Ernst & Young. And yes, the firm's error rate is worse than it was last year.
How much worse? As we noted yesterday, EY's failure rate was 35.7%. In 2012, of the 52 audit engagements included in the report, there were 25 engagements that had deficiencies that were of such a degree that the inspection team(s) considered them to be audit failure. That's an audit failure rate of 48%. This is worse than when Deloitte was at the bottom.
Jesus, that's bad.
You can read each of the deficiencies in full detail on the next page but this table that is on page 23 of the report summarizes the auditing standards that "are primarily implicated" by the deficiencies listed: 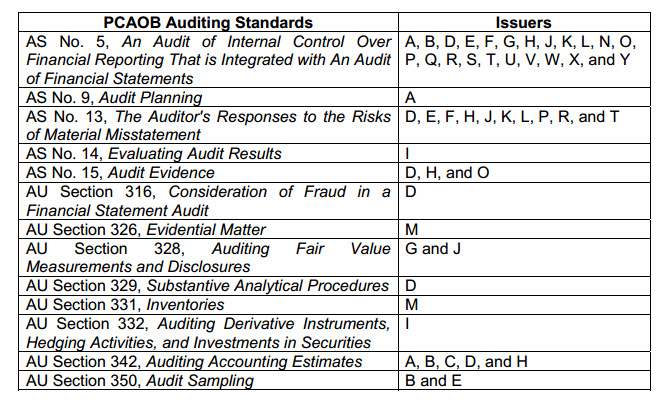 Looking at this table and seeing the number of deficiencies related to AS No. 5, you can't help but wonder if either 1) EY is completely missing something or 2) the firm's interpretation of the standard is fundamentally different from that of the Board's inspectors.
Unless I'm wildly misinformed about the intellectual prowess of EY audit wonks, I'm inclined to think it's scenario 2. If so, this brings up a completely different question — who's being bull-headed here, EY or the Board?
If you're EY, there's really no reason to get anxious about the results since you've already had Part II of a past inspection report released with really no repercussions. The firm can stand its ground knowing full well that the worst has already happened and with a tweak here and there, things can get a little better. I mean, if Deloitte can do it, why can't EY?
The PCAOB has to be the one sticking to its guns. Really, the only advantage they have on the firms is that they get to make the rules. Despite existing in a universe ruled by the EY and the rest of the Final Four Horsemen, the Board can always say, "This is the way it is because we say it is."
But perhaps the worst part is that the firms can suck it up all they want and there's still no real repercussions. And if they're feeling frisky they can just strong-arm some legislators.
Sigh. I know this situation is futile, but come on, EY — show a little more hustle next time. This is embarrassing.

Based on the 2021 PCAOB inspection reports we’ve reviewed so far, the audit firm that would win the “most improved” award is RSM US. From 2017 to 2020, RSM had an average yearly audit failure rate of 42%, including failing 46% of its audits reviewed by PCAOB inspectors in 2020. But during the most recent […]