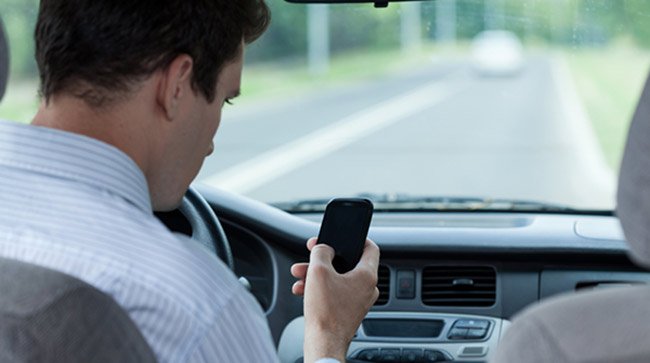 Text messaging is right up there in the realm of great communication inventions. It's so engrained in our lives that we barely even think about it, but if it went away, we'd all be FURIOUS.

Sure, it's butchering language and yes, people who text and drive should suffer a public shaming, but until we starting breeding with Betazoids, it's probably the best way to get in touch with someone quickly and conveniently.

Texting does have its quirks, however. Like how your mom sends those messages that take two scrolls to read and when "Dad" appears at the end of a text, you can't help but roll your eyes.

But now, thanks to a recent post from the AICPA, we've learned of a new annoyance in the world of texting: legal liability! Yes, no one ruins things quite like an accountant. Here's an actual quote from an actual accountant from said post:

“No one knows if clients are retaining hard copies of text messages. That could create a liability problem down the road,” said [Gerard Schreiber Jr., CPA]. “It’s no longer unusual to receive client communications and inquiries on tax matters by text message—and the client expects an immediate answer.”

I just rolled my eyes so hard my hair fell out. I can tell you whether or not clients are retaining hard copies of text messages — they're not! So, yes, I suppose there's a liability risk but here's an idea: don't respond! Or say, "I'll respond by email, it requires some explanation." Boom, your problem is solved. Just like this:

“One client texted me as I was trying to go to sleep one night, asking about borrowing against funds they had in an account, or using them to invest.” Schreiber recalls. It’s a risky conversation to have by text. “The client had revealed the amount of money they had in the account over an insecure communication channel. I wasn’t about to compound the error by answering over text message.”

Right, there's also the possibility that your client is dumb. Best keep a standard disclaimer handy on your phone's notebook.

We’ve learned this week that benevolent hackers found a vulnerability over at Moss Adams a few months ago and detailed their findings in a blog post on Tuesday. Via VPNOverview: VPNOverview’s security team in April discovered an improperly stored virtual machine (VM) image that belongs to Moss Adams, one of the largest public accounting firms […]

EY announced today it is making a $1 billion investment in audit technology just weeks after WSJ reported that the firm is in the process of splitting its audit and consulting arms. $13.6 billion of EY’s $40 billion global revenue last year came from audit. From EY: EY today announces an investment of more than […]