Latest
Which Firm Had the Most IPO Audit Clients In Q1 2022? KPMG Will Pay the Department of Justice $307k For Discriminatory Job Postings More Scary Anti-WFH Headlines: Is Remote Work Bad for Your Mental Health? EY Auditors Cheated on Ethics Exams and Tried to Cover It Up, Will Pay a Record Fine for Naughtiness Would Whoever Is Leaving Accounting Textbooks in the Little Free Library Please Stop Immediately? 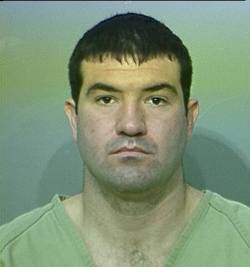 The local news was calling him a "possible South Side exposer" (man, couldn't they have come up with anything better than that?) but police eventually tracked down the man a teenager claimed approached her repeatedly offering her up to FIVE whole dollars to touch his naughty parts. Oh and it looks like the man they were looking for is a CPA:

Police say a teenager helped them track down a man accused of exposing himself, and she said it's not the first time he committed the crime.

On Tuesday, a judge set bond at $25,000 for 26-year-old Christopher M. Green. Green posted bond on Tuesday afternoon and was released from jail.

Green is accused of exposing and touching himself in front of a 17-year-old girl Monday morning.

According to police documents, Green offered the girl several dollars to "touch him" or watch him perform a sex act on himself.

The teen said Green then exposed and touched himself in front of her.

The teen told WBNS-10TV this is not the first time the man had committed this act.

Am I the only one who wouldn't want this guy doing any valuations? Touching creeps is worth at least twice that, come on.

Christopher Green's LinkedIn profile – which lists him as a Senior Staff at Crowe Horwath out of the Columbus, OH office – has been removed as of this morning. Good thing we saved a PDF last night huh people (obviously we've met a[n alleged] public accounting perv or two in our day)! Green has been employed with the firm since January of 2010 and self-described his position as "perform[ing] audit and review engagements over financial reporting for both public (404 and non-404) and private financial institutions." We're not sure if it's the same guy but the Ohio Board of Accountancy shows one licensed Christopher M. Green who was licensed for the first time in January of 2011. If it's the same dude, this may be a bit of a hurdle to jump when his license is up for renewal at the end of this year.

The girl told police that she couldn't manage to get the guy's license plate number until this past Monday, when she was chatting with a friend just as he pulled up in his car, rolled down the window, exposed himself and asked her to get in. The teen briskly walked home and called police, who took him into custody later that day.

“It makes me sick, it makes my stomach turn just seeing him,” the teen said. “It’s just disgusting.”

Calls and emails to Crowe Horwath to confirm this is the right guy (we're about 99% sure based on, well, his name and a little forensic photo matching) were not returned as of the moment this post went up. I'll update if I hear back but guessing the fact his profile has disappeared off LinkedIn since last night is a strong hint.

Last year, Crowe Horwath LLP broke all the rules with its mobility strategy launching its “What to Wear” and “Where to Work” initiatives. It was one of the first top ten accounting firms to allow its people to wear casual clothing any day of the week and allow its people to make decisions as to […]

As you may have heard, busy season is over for many miserable accountants across the country. If you failed to get that memo, it’s time to avert your eyes from that spreadsheet and get some sleep, you’re obviously brain-dead and completely disconnected from the real world. Sorry. Rather than wallow in busy season gone by, […]