Please ensure Javascript is enabled for purposes of website accessibility
Latest
Here’s What Happens When You Hire AI to Do Accounting Deloitte and PwC Top This Indeed List of Companies Hiring Tech Workers Waste, Inefficiency, and Egregious Spending Abound at the PCAOB, Says Employee Apparently Interns Are Flocking to PwC to Learn More About … HR PwC Declares a Poaching War on EY

Acting Ed. note: if you're trying to get away with a costume at work today, you better send us a photo. I don't know about you guys but I'm going as a drunken cat lady.

Facebook shares recover as investors shrug off falling usage [Reuters] Facebook Inc shares steadied on Thursday after wobbling in the wake of post-earnings comments by company executives about slowing use and a strategy of not increasing the frequency of ads shown to users. Facebook shares breached the $50 mark in heavy premarket trading after at least 10 Wall Street analysts raised their price targets, to as much as $63. The stock has nearly doubled in value this year.

Tax delinquents by the thousands have security clearances, GAO finds [NBC] Thousands of tax delinquents — including one who owes $2 million to the IRS — have sensitive security clearances, posing a risk that has gone undetected by federal agencies, congressional investigators will report Thursday. A report by the General Accounting Office obtained by NBC News found that 8,400 U.S. officials and contractors with access to sensitive government secrets have racked up $8.5 million in delinquent tax debts. The report, due to be released Thursday morning at a Senate hearing, is the latest example of what members of Congress and investigators say are glaring weaknesses in the government’s system of vetting those receiving security clearances.

House Votes to Repeal Dodd-Frank Provision [DealBook] The House of Representatives, with bipartisan support, passed legislation on Wednesday that would roll back a major element of the 2010 law intended to strengthen the nation’s financial regulations by allowing big banks like Citigroup and JPMorgan Chase to continue to handle most types of derivatives trades in house. The bill, which passed by a 292-122 vote, would repeal a requirement in the Dodd-Frank law that big banks “push out” some derivatives trading into separate units that are not backed by the government’s insurance fund. But the debate Wednesday regarding this decidedly technical matter quickly turned into an impassioned dispute over the role the federal government has played since the recession in regulating financial markets. Advocates of the legislation argued on the House floor that the federal government is partly responsible for the slow rate of economic growth because it imposed excessive new regulations. “America’s economy remains stuck in the slowest, weakest nonrecovery recovery of all times,” said Representative Jeb Hensarling, Republican of Texas, the chairman of the House Financial Services Committee. “Those who create jobs for America are drowning in a sea of red tape preventing them.”

Your Selfish Single Ass Is Gonna Destroy the Economy, HAPPY? [Jezebel] All the single ladies better hurry up and put a ring on it, because Gallup researchers are reporting that what the economy needs is more marriages. They found more than 130,000 people and found that married people throw their money around town like they're doomsday preppers at Costco

Bank Regulator Issues New Guidance on Third-Party Risks [Compliance Week] The Office of the Comptroller of the Currency on Wednesday updated its risk management guidance for the third-party relationships of national banks and federal savings associations. The use of third parties, contractual or otherwise, does not diminish the responsibility of the board and management to ensure that all activities conform to sound banking practices and applicable laws,warns OCC Bulletin 2013-29, "Third-Party Relationships: Risk Management Guidance."

Oh and this [Awkward Family Photos]: 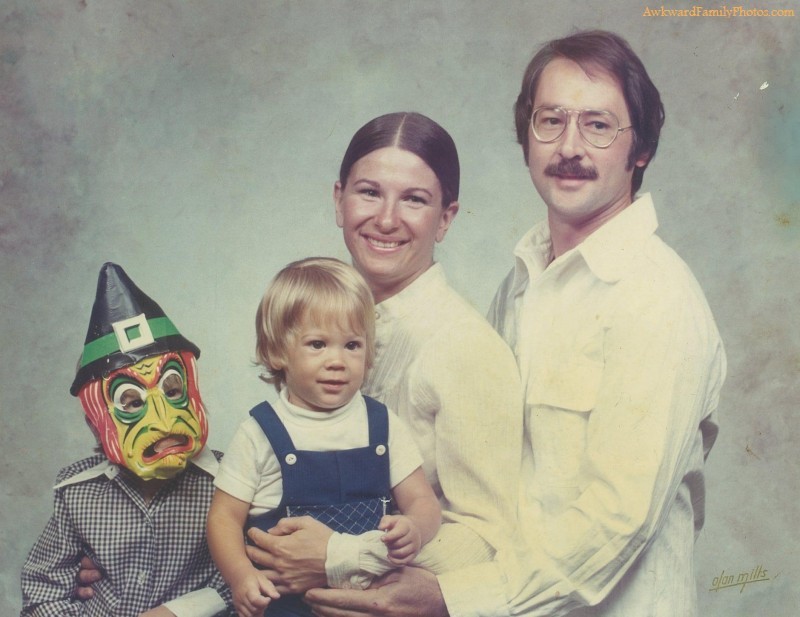 For a good decade we’ve heard about the robots that are going to render accountants obsolete, now we finally get a peek at the glorious technology that will transform the industry as we know it. You should prepare yourself, this advanced technology will have you on the University of Phoenix website ASAP to get a […]

The tech sector continues to lay off talent in droves (don’t worry, it doesn’t affect you) and Indeed has helpfully put together a list of companies looking for tech talent to assist the newly laid off in finding a new gig. At the top of this list with the most jobs? Deloitte and PwC. Interestingly, […]

Here’s What Happens When You Hire AI to Do Accounting