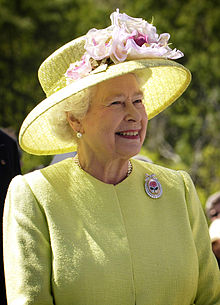 Corporations getting cold feet on tax reform [Politico]
“They’re all excited that we’re looking at this opportunity, but they’re also nervous about what we might do,” said Rep. Pat Tiberi (R-Ohio), a Ways and Means subcommittee chairman. “There are companies today that have an effective rate in the single digits who wouldn’t like the fact that we’re going to take away credits and deductions to make [the Tax Code] simpler — because … they might be paying … more than they do today.”

Hate Filing Your Tax Return? Good [HP]
[O]ur filing aids make it easier to tolerate a bad tax system. "When it comes to taxes," I wrote, "pain can be a good thing. It keeps people vigilant, encouraging them to keep a wary eye on government. That, in turn, exposes problems and encourages reform."
Athlete charities often lack standards [ESPN via TaxProf]
An "Outside the Lines" investigation of 115 charities founded by high-profile, top-earning male and female athletes has found that most of their charities don't measure up to what charity experts would say is an efficient, effective use of money. Using guidelines set by nonprofit watchdogs Charity Navigator, the Better Business Bureau and the National Committee for Responsive Philanthropy, "Outside the Lines" found that 74 percent of the nonprofits fell short of one or more acceptable nonprofit operating standards. The standards cover all sorts of aspects, such as how much money a nonprofit actually spends on charitable work as opposed to administrative expenses and whether there are enough board members overseeing the organization.
Don’t fixate on the numbers [FraudMag]
A tax fraud story from Wasilla, Alaska.
Peter Blessing Joins KPMG Washington National Tax Practice As Head Of Cross-Border Corporate Transactions [KPMG]
Blessing spent 25 years at Shearman & Sterling prior to joining the HoK.
Auditors Beware: Even Hedge Fund Execs Don’t Trust Hedge Fund Execs [CPAT]
Stow that away for later.

Queen gets £5m pay rise from taxpayer [Guardian]
The Queen has received a £5m boost in the funds she receives from the taxpayer to carry out her official duties. The sovereign grant, which covers the running costs of the Queen's household, has been set at £36.1m for the 2013-14 financial year. The figure has increased from the £31m allocated during the previous 12 months which included £1m to cover the extra costs of the diamond jubilee.

'That Seems About Right,' Says Soon-To-Be-Audited Man [Onion]
While filling out a 1040 form and other documents Tuesday in preparation for filing his 2012 federal tax returns, local man Robert Moran, a blog writer who will shortly be audited by the Internal Revenue Service, announced that his calculations seem to all add up fine. “Well, I’m self-employed and work mostly from the kitchen, which takes up about a third of my apartment, so that means I can deduct about $6,000 for rent plus all the repairs to the sink and refrigerator, and, yeah, that seems more or less right,” reported the man who will soon be audited by the IRS on suspicion of tax fraud and found to owe the federal government over $14,000 in unpaid taxes in addition to interest and a 20 percent penalty for disallowed deductions.

CPAs Should Get Into Weed, Says CPA Into Weed (As a Business, That Is)