In my many, MANY years on this website, I’ve somehow been tasked with the job of writing up every perverted accountant who comes across our collective desk. I’m not entirely sure why this is, I think it started as a joke many years ago as my former colleague knew I loved to binge on old To Catch a Predator reruns, so “hey Adrienne, you like pervs, write up this weirdo CPA” just became a thing. Anyway, in all my years of writing about every peeping professor and kiddie porn-hoarding auditor, I have to say I don’t think we’ve had a foot fetishist yet. Nope, I just checked the archive, none to be found. Tbh I’m not too broken up about that, I find feet pretty revolting. Anyway, thanks to this guy our blessed 11-year streak without a foot fetish story ends today.

A 34-year-old accountant from Hong Kong working in Sydney, Australia is lucky he won’t be going to jail after authorities found out he was going around with a fake cop badge in order to scam feet pics off unsuspecting women.

According to the Daily Mail, admitted foot fan Calvin Chow approached a woman last December, claiming he was an officer of the law investigating a case of people smuggling drugs through shoes. Two weeks after that, he went to some woman’s home and told her he was investigating a shoe theft. Once inside the home, he checked out her shoe collection, even sniffing them according to the woman. Bro. I mean, no kink-shaming here but … bro.

Presumably empowered by his previous successful attempts, in February Chow approached another random woman and told her he was a detective who believed someone planted a tracking device in her shoe. Of course, his investigation required copious photos of her shoes and feet.

The woman knew something was up, snapped a quick photo of him, and reported Chow to the real authorities. Even in this batshit-crazy time we currently live in, it’s pretty obvious when someone is being a total weirdo, I guess. He was arrested on March 23 when a cop recognized him on the street from the woman’s photo. Wasn’t Australia up to its neck in Rona by March? It must not have been hard to spot him in empty streets, just look for the weirdo constantly looking down.

We tried to find him on LinkedIn with no luck, maybe someone across the world recognizes him and can at least tell us which service line he was in. Or make guesses. Surely some of you have worked with someone who was just a little too into smart business footwear ifyouknowhatimean. 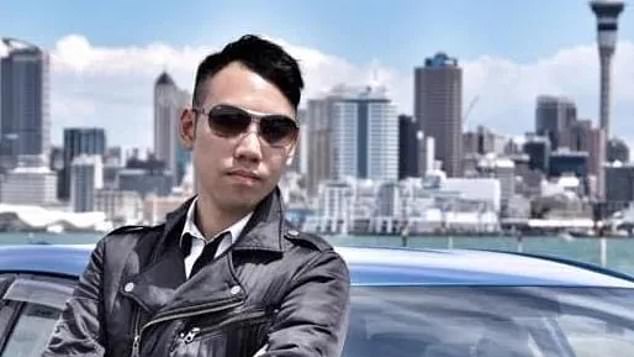 Chow’s lawyer argued the court should be gentle due to “his psychological illnesses which include fetishistic disorder and depression,” while the judge called Chow’s actions “creepy, disturbing and troubling.” In the end, though, he didn’t throw the book at him (who knows, maybe he’d like that) and gave him a 12-month community correction order — which is basically Australia’s version of community service/probation — and an $800 fine.

Hide yo kids, hide yo shoes, they out here taking pics of errbody’s feet.