Not even a global pandemic, the likes of which we’ve never seen, could slow down the amount of accounting-related securities class actions filed in 2020.

A new report from Cornerstone Research revealed that 70 federal securities class actions involving accounting allegations—all were “core” filings containing Securities Exchange Act Rule 10b-5, Section 11, and Section 12(a) claims—were filed by plaintiffs last year, which is three more than in 2019 and the most since 2011. And accounting allegations were present in more than 30% of all federal securities class-action filings. 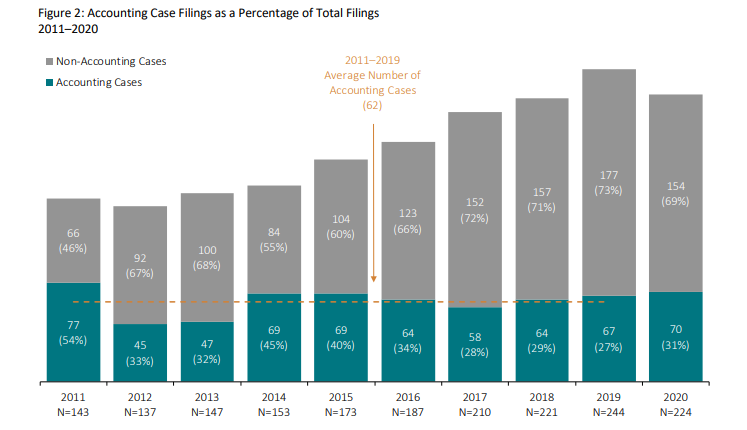 Of those 70 accounting case filings, improper revenue recognition was alleged in 26 of them, nearly double the amount from 2019, according to Cornerstone Research.

And 40 of those 70 accounting case filings happened during the first half of 2020, the second highest in any semiannual period in the past nine years.

Now, if you add accounting case filings related to mergers and acquisitions to the mix, the total amount of M&A and core filings totaled 141, which is substantially lower than the 169 in 2019 and even less than the 143 in 2018. 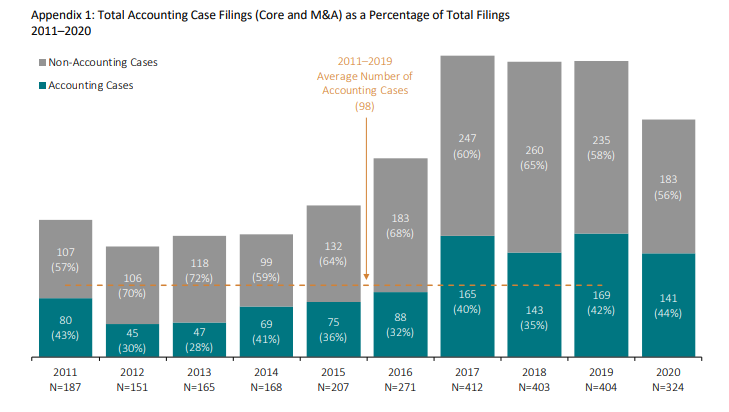 This increase was driven by a small number of mega settlements (those valued at $100 million or higher). The median accounting case settlement value was $10.8 million, comparable to the median settlement value of $10.6 million in 2019. 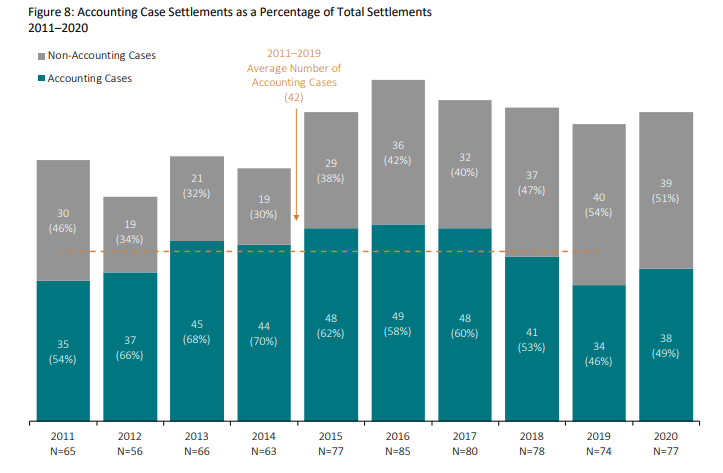 There’s a ton of other information Cornerstone Research provided, so feel free to scroll through the full report below at your leisure: