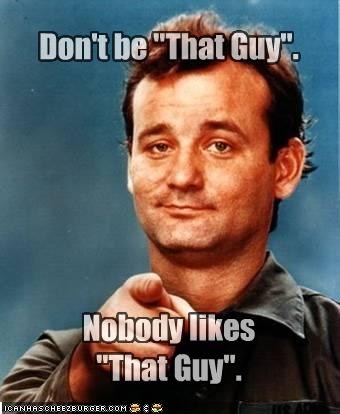 Here in good ol' US of A, if someone says mean things about you on the internet, you don't call a lawyer to get the offending comment taken down, you threaten them and their entire family with violence! It's the American way.

Down Under, things are a bit different. An accountant in Perth sued a woman who called him "unprofessional, rude and obnoxious" on Facebook. Stephanie Massey said these things about Barry McEloney on a private Facebook page but word got round to him and so he sued her defamation. It's all very strange because another client of McEloney said he's always been "professional" and "thorough."

Regardless, the Daily Mail (I know, I know) has more details:

She gave Mr McEloney an unflattering review after he had allegedly ‘overcharged and antagonised’ her boyfriend during a meeting over his tax return. ‘That clown wanted $550 for a 10 minute chat in the foyer of his office,’ said Ms Massey in a post to the page. Western Australian District Court judge Anette Schoombee ruled Ms Massey's post was not defamatory because it was either true or an expression of her honest opinion.

McEloney then threatened to take Massey and her boyfriend to court for not paying the fee and he wasn't exactly nice about it:

The court heard that Mr McEloney sent several emails threatening to take Ms Massey’s boyfriend Adam Giddings to the ATO if they did not pay the $550 fee asked of them. Judge Schoombee, found that Ms Massey’s comments had been ‘substantially true’ and granted her the winning ruling. ‘I accept Ms Massey’s evidence about her dealings with Mr McEloney,’ the judge said. ‘The content of the email by Mr McEloney in itself displayed poor interpersonal skills to his clients and was rude and unprofessional. ‘The email accused Mr Giddings of purposefully avoiding tax commitments, which is certainly rude and unprofessional,’ she added.

Personally, I'm relieved. I don't want to live in a world where clients can't call out socially inept accountants. They're giving the rest of you a bad name.