Latest
A Word on the Persistent Low Morale of the Audit Profession ICYMI: There Was an Excel All-Star Battle on ESPN Hoping Everyone Has Forgotten About All the Scandals, KPMG UK Is Bidding for Government Contracts Again Everyone Knows 11-Year-Olds Can’t Wait to Work at Deloitte Where TF Is the IRS Supposed to Find 87,000 Agents?

Because a good deal of you guys are now working from home, accountants contributed to VPN usage in the U.S. increasing 124% between March 9 and March 22, according to data from Atlas VPN. From March 16 to March 22, VPN usage increase 71%. 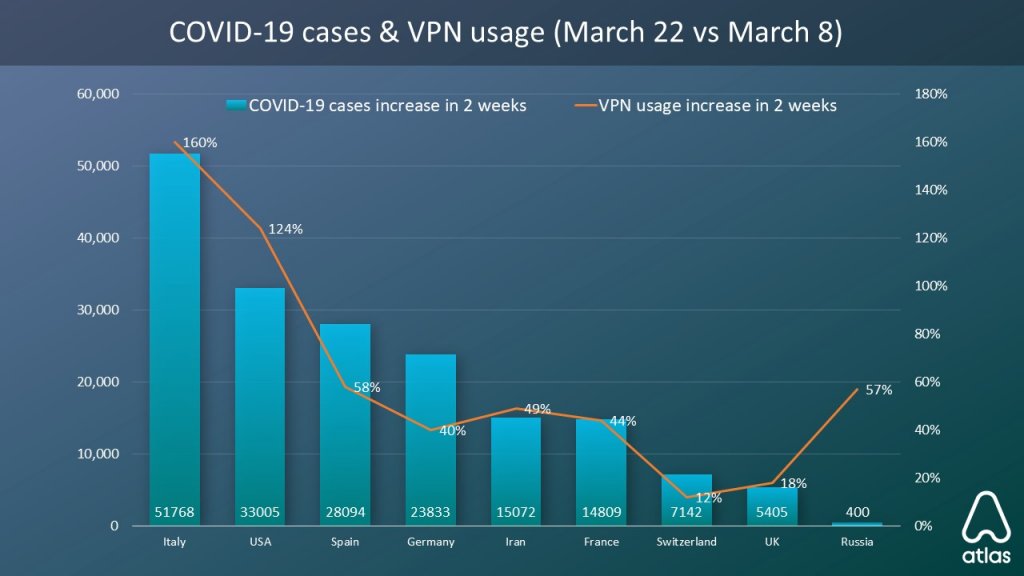 In Italy, where the Coronavirus is wreaking havoc, the VPN usage during these two weeks increased by 160%. On March 8th, Italy officially confirmed 9,172 cases. As of March 22nd, the number rocketed by 545%. The total infections are now approaching 60,000.

What isn’t included in the data is that complaints to IT departments about VPNs not working have probably increased 1,240% since March 9. 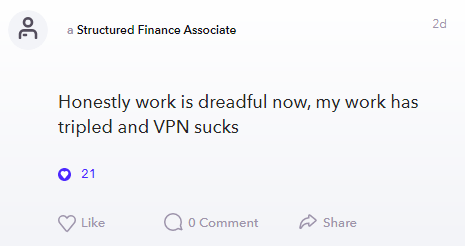 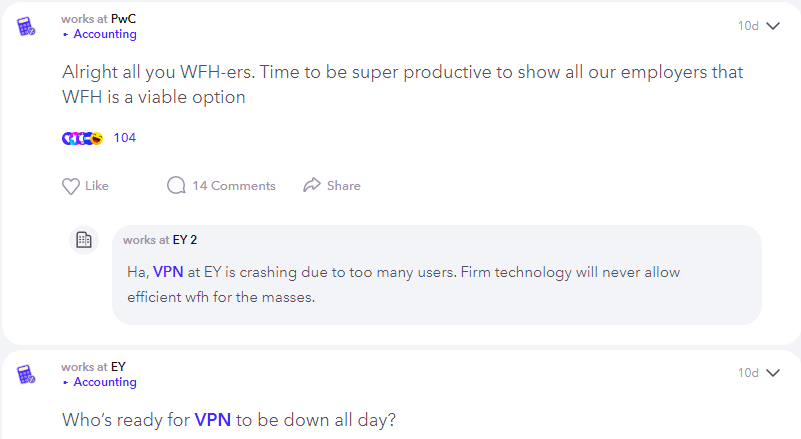 And since KPMGers started working from home, the House of Klynveld has gotten pretty stingy with its network:

A Word on the Persistent Low Morale of the Audit Profession

ICYMI: There Was an Excel All-Star Battle on ESPN