Hey would you look at that, got some fresh drama to report. Just the thing to get this Monday officially started eh?

A tipster informs us that drama is afoot over at Marcum LLP thanks to one naughty senior who tweeted some strong words to former Deputy Assistant to the President Sebastian Gorka. We aren’t sure what started all this, but we can guess it may have had something to do with politics. Will we as Americans ever be able to discuss politics again without threatening to piss on graves? Time will only tell.

Anyway, here’s the exchange making the rounds on the tweeters: 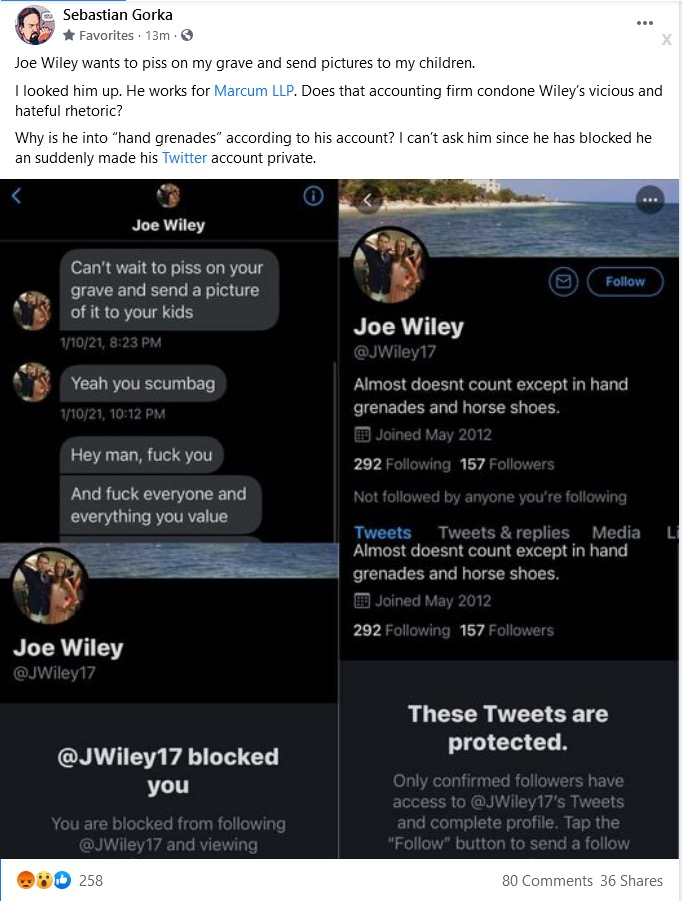 As fate would have it, Marcum does NOT in fact condone this behavior, as evidenced by the statement they put out on Facebook and Twitter. 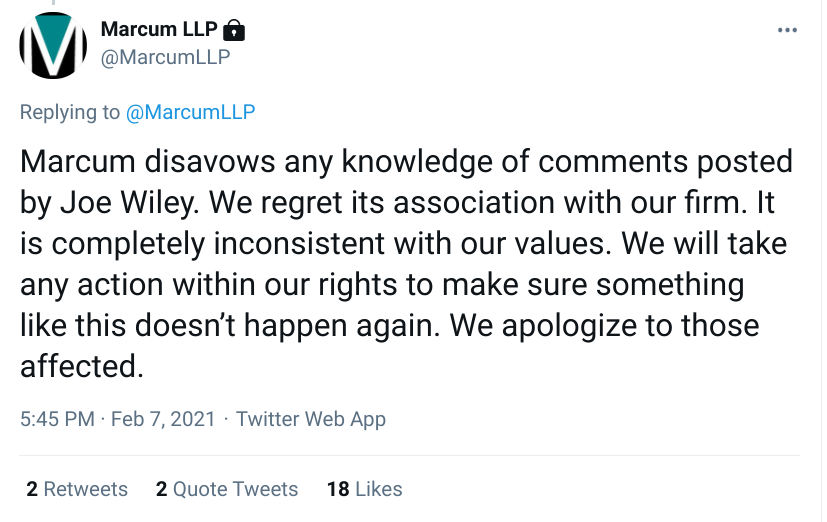 The official Marcum Twitter is currently private, but up until a few hours ago they were receiving plenty of feedback in response to their statement. Exhibit A:

Sounds like you have pretty violent employees. What is it about your office culture that creates this?

And then there’s this:

If someone were to piss on my grave and my family incurred expenses to clean it up, would those expenses be deductible on next year’s taxes, or is that a sunk cost my family must absorb on its own?

A profile for Joseph Wiley on LinkedIn which lists him as a senior at Marcum appears to be removed, though our tipster confirms he is (or was) a senior. 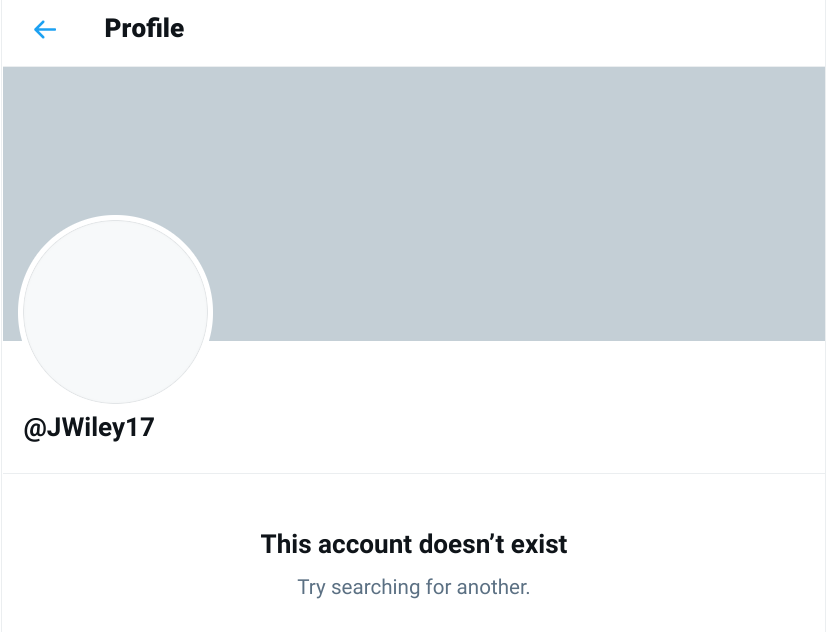 We’re told that Marcum addressed the issue in an all hands call today and told staff that it is “investigating.” We’ll keep you updated if there’s any news, or any fresh drama to add to the pile.

While we continue to wonder which hat the IRS is going to magically pull 87,000 new agents out of, more stories are coming out about just how tight things are at our nation’s tax collector. Like this recent NBC News article: Will Kohler, who works as a tax examiner at the IRS office in Cincinnati, […]