“As part of the historic Tax Cuts and Jobs Act, this administration committed to making taxes simple and fair for American families. We are delivering on this promise,” Treasury Secretary Steven Mnuchin said in a statement. “The new postcard-size Form 1040 is designed to simplify and expedite filing tax returns, providing much-needed relief to hardworking taxpayers.” 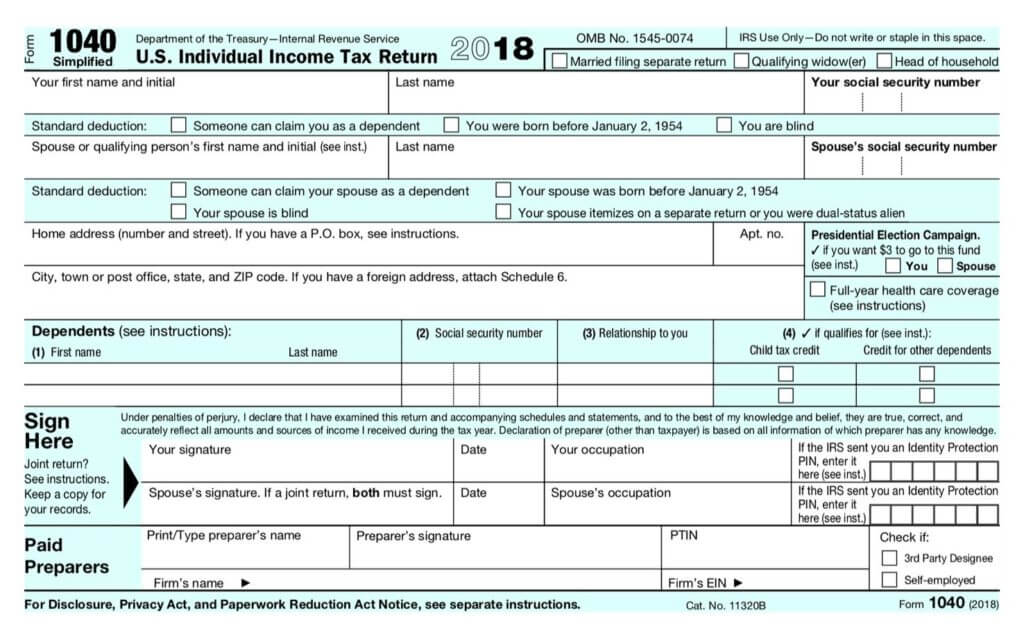 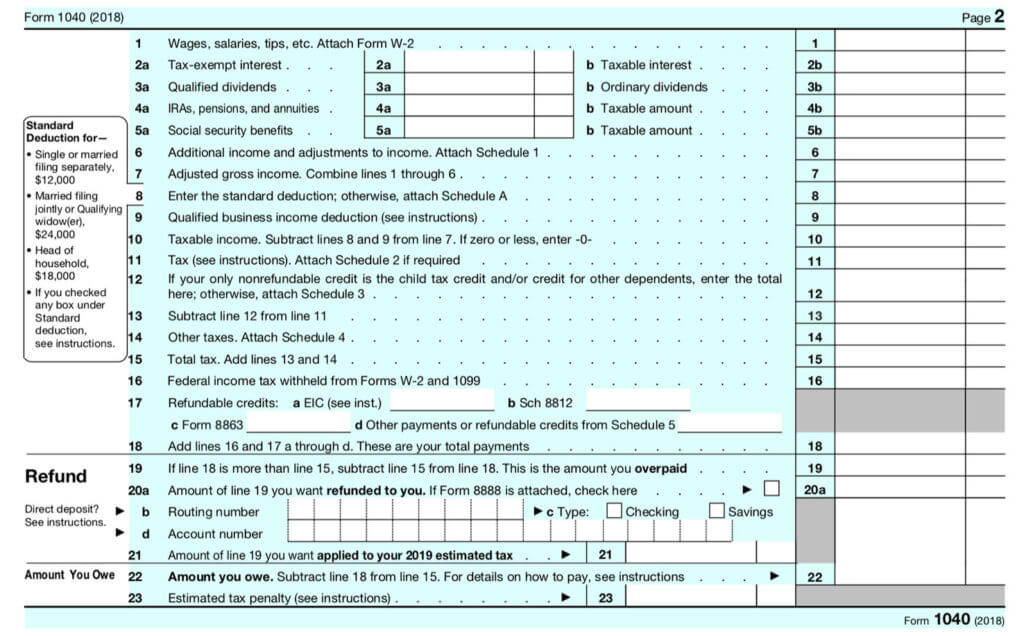 Treasury said the IRS will finalize the slimmer 1040 form later this summer.

Update, June 26, 2018: Both the New York Times and the Associated Press  provided a sneak preview of what the Trump administration’s new “postcard” 1040 form will look like, and of course, it’s not really the size of a standard postcard. (Both articles feature images of the draft copy of the new tax form.)

The Times reports that the new smaller 1040 form “eliminates more than half of the 78 line items from the previous form, reducing it from two full pages of text to one double-sided half page.”

But the Times also noted that the new form “omits a variety of popular deductions, including those for student loan interest and teaching supplies, forcing taxpayers to search for them—and tally them up—on one of six accompanying worksheets.”

And this probably goes without saying, but both articles mentioned that taxpayers who fill out their taxes on the new form should mail it in an envelope to protect their personal information, such as their Social Security number.

Rep. Lloyd Doggett (D-Texas), who is a member of the House Ways and Means Committee, is not a fan of the slimmer 1040 form, saying that it “only adds needless complexity and confusion.”

“Why stop at a postcard?” he said in a statement to the AP. “[Why not] make it a postage stamp, with a catalogue of schedules required to complete filing?”

The original version of this article was published on June 21, 2018.

Remember when President Trump smooched a postcard-sized paper that was supposed to look like a tax form to show support for the GOP tax plan? Well, I really don’t want to know what he’s going to do to the actual postcard-sized Form 1040 that the Treasury Department is planning to roll out next week.

Treasury Secretary Steven Mnuchin said Wednesday that the department next week will release a new tax-filing form the size of a postcard.

“Next week, we will be unveiling the new 1040 [form], and it will be a postcard as we’ve promised, and hardworking taxpayers won’t have to spend nearly as much time filling out their taxes,” Mnuchin said at an event in the Capitol highlighting the six-month anniversary of the tax law’s passage.

But how large is this postcard form going to be? Howard Gleckman, senior fellow in the Urban-Brookings Tax Policy Center at the Urban Institute, wrote back in January that the tax year 2018 Form 1040 won’t fit on a single page.

The 2017 IRS Form 1040, the basic document most taxpayers use to file, includes 98 lines and boxes for calculating tax payments. For 2018, the TCJA [Tax Cuts and Jobs Act] is likely to eliminate a grand total of five (or maybe six) of those lines. And the new tax law will likely require at least one new one.

That would make for a really big postcard (or really tiny type).

Will it be more like the 1040-EZ, without the taxable income, interest income, and dependent restrictions? I guess we’ll find out next week.

I created a thread in Open Items about this topic, so feel free to head over there to comment. I’m curious to know what tax professionals think about this.