Latest
PwC Tried to Recruit a Former Auditor Who Is Suing Them So Don’t Ever Sweat Burning Bridges Again Tweet of the Day: Ex-Crazy Eddie CFO Explains Why ‘Audits Are a Myth’ Listicle of the Day: Best- and Worst-Paying States For Accountants Mazars’ FY 2020 Global Revenue Wasn’t As Bland As Its New Logo What I Learned From Failing the FAR Exam Twice

Psst. Hey you. You sitting there screwing around on the Internet instead of studying for the CPA exam. Come here.

There is less than a month remaining in the final CPA exam testing window of 2018, and sorry to say but if you haven’t scheduled your exam(s) already, you may be in for an unpleasant surprise when your testing center and/or date of choice are already taken by someone less procrastinatory than you.

There are exactly 26 days between now and Dec. 10, and a handful of those do not count as test days (Thanksgiving, obviously, and let’s exclude Sundays as well since, while possible, Sunday-open test centers aren’t that common). Ignoring Sundays and Thanksgiving, that gives us 21 days. Three weeks.

Now, if you’re anything like me, you think of time in abstract terms like “fuck the dishes, I’ll do them tomorrow” and “OK, maybe I haven’t done much with my life in the last five years, but I have plenty of time left despite staring down 40 straight between its alcohol-induced, hepatitisy yellow eyeballs.” This strategy generally works for the small stuff, but if you actually want to do something with your life, you should probably get on it. Now is not the time to blow things off. You’ll have plenty of time to be a drunk slob after you pass the exam and (hopefully) leave public accounting. 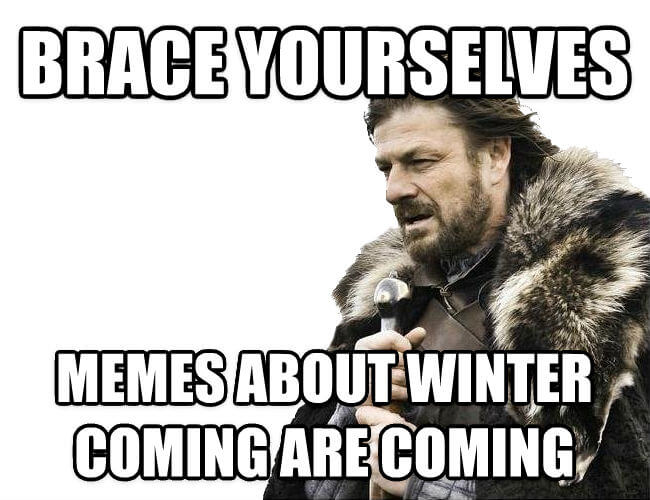 So not only do we have the perfect storm of procrastination, holidays, and the usual end-of-the-year rush to knock this thing out rather than drag it into a new year, but the fourth quarter inevitably brings another variable to the party: weather.

Thankfully I no longer live in the DC metro where a kid on a tricycle hitting a pole can knock out a Pepco line across the entire city for days on end, but not everyone is so lucky. There is a Prometric procedure for closures in place in the event of “acts of God,” such as hurricanes, power outages, terrorist attacks, rabid feral kittens in the servers, and, of course, severe snowstorms, which is good to know. However, although Prometric will do its best not to have you doing donuts in the snow the morning of your exam only to arrive at a closed test center with a note on the door telling you to turn around, it’s wise to keep in mind that shit can and does happen. Especially when it comes to the CPA exam and especially especially when it comes to, say, your final part that you scheduled for the last available day of the last week of the last month of the entire year. So even if you planned ahead and got your desired dates at your desired test center, don’t be too surprised if the skies open up and piss a bunch of that glorious white slushy stuff all over your best-laid plans.

So take the above to heart and schedule now, or don’t and go through life like I do: drunk, careless, and without much to show for myself other than a few profanity-laden articles in my portfolio, occasional stalkers at the grocery store, and that compliment Big4Veteran gave me that one time. Your choice.

Before working in my current position as a senior tax associate, I was helping people to make the world a better place in a different way, as a manager for a Montessori preschool. I valued my relationship with the staff and children, but my interest was continuously drawn more into the business side of the […]

According to the AICPA time table, the second batch of CPA exam scores for the first half of 2021 were due on February 23, which means that candidates were anticipating them starting some time last week. Even with the entire world in turmoil, the benevolent overlords of CPA exam administration have done a spectacular job […]

Tweet of the Day: Ex-Crazy Eddie CFO Explains Why ‘Audits Are a Myth’

Listicle of the Day: Best- and Worst-Paying States For Accountants