Whenever Caleb assigns me a diversity article, my first thought is always “Diversity? Ugh.” I'm not alone in this. Movie director Ava DuVernay recently said that the word diversity “feels like medicine. 'Diversity' is like, 'Ugh, I have to do diversity.' I recognize and celebrate what it is, but that word, to me, is a disconnect.' "

A recent New York Times article explores the “Diversity? Ugh” gut reaction we often feel when we hear the word, citing a combination of the word’s “overuse, imprecision, inertia and self-serving intentions” within a professional context.

Diversity’s benefits are well known, so why does the word make us think, “Diversity? Ugh.”?

For the accounting profession, I think that reaction perpetuates the real lack of diversity within it, still giving credence to the term “Good Ol’ Boys' Club.” I've found three main reasons that some of us have become so desensitized to the word “diversity” whenever we hear it.

Diversity? Ugh. Rationale #1: “Diversity is the recruiters' problem. Not mine.”
Everyone's major focus when it comes to diversity is recruiting. However, building diversity within a firm requires more than visiting campus with a box of firm-branded highlighters, a winning smile, and pamphlets laid out on a strategically placed card table. 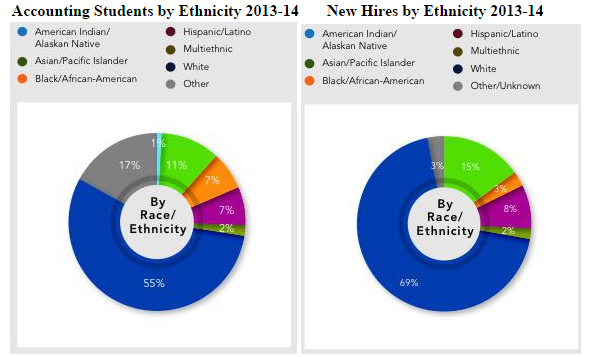 Despite the increasing number of non-white new hires, however, accounting firms don’t seem to be promoting minorities. While 24% of new hires in 2005 were non-white, 2014 data show that only 7% of accounting partners are minorities. Why such a huge disparity? 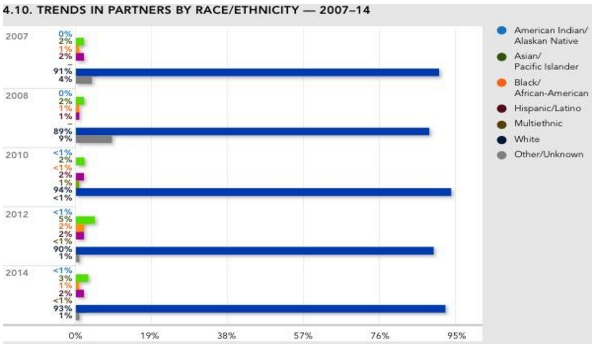 What has gone wrong between the hiring phase and the partner track? Women experience a similar disparity between female new hires and female partners. Between 2000 and 2010, firms actually hired more female accounting graduates than males, and yet in 2014, female partners only comprise 24% of all partners. 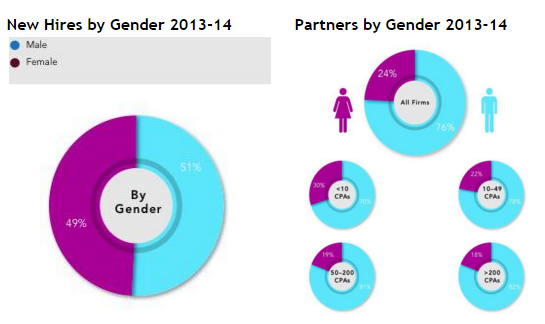 Women and minorities are either jumping ship or stalling out while the firms continue to promote largely white male partners. This suggests that the firms' cultures still have not evolved to include non-white males into its elite ranks –- despite all those “Diversity Inclusion” power points and despite improvements in diversity recruiting.

Diversity? Ugh. Rationale #2: White men are the problem.
The first half of this article complains about the pervasiveness of white men in the accounting profession, but it’s not their fault that they outnumber women and minorities! Sometimes diversity and inclusion initiatives tend to blame white men, which isn't helpful. As one HR executive put it, “This is not about white male guilt because that makes people become defensive.”

Rather than guilt-tripping white guys for being white guys, many companies have shifted to make white men a part of the diversity and inclusion solution. According to DiversityInc, many companies, including PwC, have begun outreach programs aimed exclusively at white men. Chris Brassell, Director of US Diversity at PwC …led a ground-breaking program that gets white men, from the most senior levels down, to 'talk about whats [sic] on their minds as it relates to [diversity].' ”

Including white men in the diversity discussion helps prevent an “us” versus “them” mentality and could, perhaps, prevent or correct a harassment situation like the one I experienced. Diversity and inclusion affects us all and means inclusiveness for everyone –- even the white guys.

Diversity? Ugh. Rationale #3: What's the ROI on diversity anyway?
Diversity isn't about ROI -– it's about building a talented employee base. ROI is a short-term perspective. Caleb wrote to me in an email, "'What's the ROI?' is a myopic view of a run-of-the-mill accountant. [Firms] want instant gratification from things like diversity because it costs them money NOW and it may take them years to recoup that investment. That isn't a very good business strategy in my view.”

Even former AICPA chairman Rich Caturano thinks ROI is a shallow measure of diversity's value. In a recent speech, for the AICPA's National Commission on Diversity & Inclusion, he dicsussed the common myth that, “There is no real return on investment to [diversity].”

Caturano tries to dispel this myth by explaining that diversity will benefit the entire firm long-term. “Performance is directly related to diversity and inclusion,” he claims. If a firm can succeed in creating a diverse and inclusive culture, it can then create (and, perhaps more importantly, retain) a culture of diverse high performers.

Investing the time and resources into the recruiting process will mean nothing if the firm cannot retain its diverse talent. The next step in the diversity and inclusion process is to involve everyone -– even the white guys -– in the diversity discussion and to create a professional work environment that values all its team members equally. Maybe as a first step in improving the culture, the word 'diversity' needs a rebranding so we don’t roll our eyes every time someone mentions the word.