They say those who cannot remember the past are condemned to repeat it. For accounting firms, it's more like condemned only if the regulators catch on.

As we all know, the trend toward combining audit, tax, and consulting services was totes kosher up until the E-word happened, when consultauditors went scattering like cockroaches in the cupboard, only to emerge a few years later once the dust settled. I mean, what's the big deal as long as auditors aren't doing taxes and consultants aren't signing off on financial statements? What's the worst that could happen?

Audit still makes up a huge chunk of the big firms' business, even if they are keen to buff up their consulting services by, you know, buying up huge consulting companies.

PwC Global Chairman Dennis Nally isn't afraid to talk to The Australian about it:

Having just bedded down the big-ticket purchase of management consulting giant Booz & Co, PricewaterhouseCoopers global chairman Dennis Nally is keen to address the “elephant in the room’’.

“Some would say we are de-emphasising our audit business,’’ Mr Nally told The Australian. “That’s not the case.’’

It only seems like yesterday that the so-called big four firms were shedding their consulting operations, partly out of regulatory concerns about auditors scrutinising their own firm’s handiwork.

Mr Nally argues that, if anything, deep and industry-specific consulting knowledge is required to support a decent audit.

“I couldn’t imagine doing a high-quality audit in today’s world without having a tax practice with deep technical skills,’’ he said. “From an industry sector perspective you also need that capability.’’

He adds that clients can decide themselves whether to use a consulting service, with a “significant majority’’ of these services delivered to non-audit clients.

So you see, guys, it's totally cool. It's not like they are asking clients "do you want consulting with that?" like a fast food cashier pushing fries and dollar menu burgers.

Nally has clearly forgotten everything we have learned up to this point in the pursuit of revenues, prestige, and beating those jerks at Deloitte to take back PwC's rightful spot at the top of the Big 4 food chain. But it's fine as long as they don't give up on auditing.

Taking a peek at PwC's global revenues (in millions of dollars), we see a different picture. Sure, audit is still king but check out that Advisory creep. JUST LOOK AT IT. 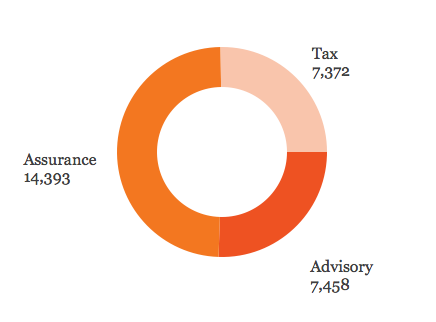 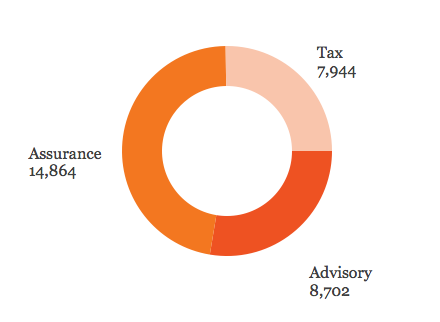 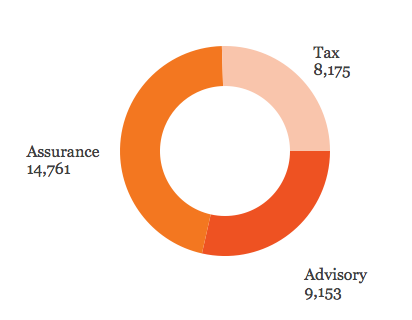 When pressed, Nally told The Australian there will definitely be future audit failures or frauds but “[w]e just don’t know when or where it will happen." I wonder if they could pay a consulting firm to figure that out?

The following message we’re about to share with you was sent out as a firmwide email from then-Chairman Dennis Nally to everyone at PwC almost exactly 15 years ago to the day. To my knowledge it’s never been published here, because back when it went out to everyone working at PwC US in January 2008, […]

What’s next for the metaverse and what — if anything — should you do about it? PwC has answered the question no one is really asking in its 2023 metaverse predictions. These predictions are, as you’d expect, dumb made assuming that businesses and consumers alike will begin using the metaverse in earnest rather than making […]