Latest
How Many CPAs Are There in the United States? Shocking News: 82.4% of Hiring Managers Are Struggling to Find Accounting and Finance Talent Compensation Watch ’22: Is EY Forgiven For Not Handing Out Mid-Year Raises? Illinois Will Soon Let You Sit for the CPA Exam With 120 Units, Should All States? The IRS is So Broke Staff Have to Buy Their Own Paperclips

In its ongoing effort to smash the green eyeshade stereotype and convince the public that CPAs do more than just annoy their clients and vague tax-like things civvies will never understand, CPA Canada hired advertising agency DentsuBos to develop a new campaign with the lofty goal “to portray CPAs in a modern light.”

It wouldn’t be a marketing campaign without an accompanying press release, so here you go:

The portraits of seven CPAs are featured in television, print and digital ads and social media posts, which showcase their impressive range of interests, skills and community service, as well as their adherence to the highest standards of ethics. The advertising campaign highlights the faces of diversity, competence and innovativeness that are the hallmark of the Canadian CPA profession.

The campaign was developed by the CPA profession’s national branding committee in partnership with the profession’s agency of record, DentsuBos.

“This campaign features inspiring CPAs who come from diverse backgrounds and have a positive influence in many sectors of society. It shows us real faces and, by extension, the true nature of the profession today,” says Lyne Lortie, Chair of the CPA Branding Committee and Vice-President of Public Affairs, Brand Strategy and Communications at the Quebec CPA Order.

“The passion, competencies and intelligence that CPAs bring to a number of economic sectors are effectively and eloquently illustrated. The faces that will be seen in this campaign are definitely faces that people won’t forget,” adds Lortie.

Did someone say faces that people won’t forget? 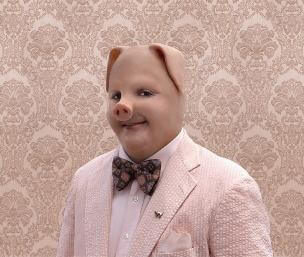 God I miss him. Anyway, here’s the first commercial.

The “new face” campaign comes on the heels of last year’s “boring CPA” campaign, also developed with DentsuBos, which ran a cool $5 million. Personally I prefer the AICPA campaign in which a small business owner literally gets his ass beat until a CPA appears to rescue him but whatever.

How Many CPAs Are There in the United States?

Shocking News: 82.4% of Hiring Managers Are Struggling to Find Accounting and Finance Talent

Compensation Watch ’22: Is EY Forgiven For Not Handing Out Mid-Year Raises?