We’re not a huge fan of tax stories around here mostly because if our traffic logs are any indication, you guys aren’t either. But we’re making an exception as A) I relish any opportunity to talk about porn on this website, and B) this is probably the most interesting IRS-adjacent story we’ll publish all year. So settle in, children adult Going Concern readers definitely over the age of 18. Don’t worry, it’s SFW. Unless of course you work in the kind of office that blocks even Wikipedia because the human anatomy page has photos of — gasp — naked human bodies, in which case, I feel bad for you.

Perhaps you’ve seen the hashtags and memes floating around and wondered to yourself, what in the hell is a #thotaudit? If you did, I’m gonna guess you’re safely in my age bracket (35-44 tyvm) and have only encountered the word “thot” in random Twitter threads you accidentally stumbled into on your way to WebMD to search acute lower back pain. Spoiler alert: #thotaudit is not about inventory counts at brothels.

It all started a few days ago with this Facebook post, the origins of which are unknown:

The long and short of it is that dudes who are mad they can’t monetize pictures of their dicks (can you imagine) are claiming to report premium Snapchats to the IRS for “tax fraud.”

Now, as funny as this is, it is also pretty unlikely. Aspiring Thot Police (see what I did there?) should realize that reporting someone to the IRS isn’t as simple as calling some tax cheat hotline to report XxXdestinyXxX21 as a tax cheat. The IRS probably doesn’t care too much about some random half-assed internet sex worker pulling in a few extra bucks from morons who think “premimum Snapchat” is equivalent to getting sexts from someone who actually gives a shit about you. Like this guy: 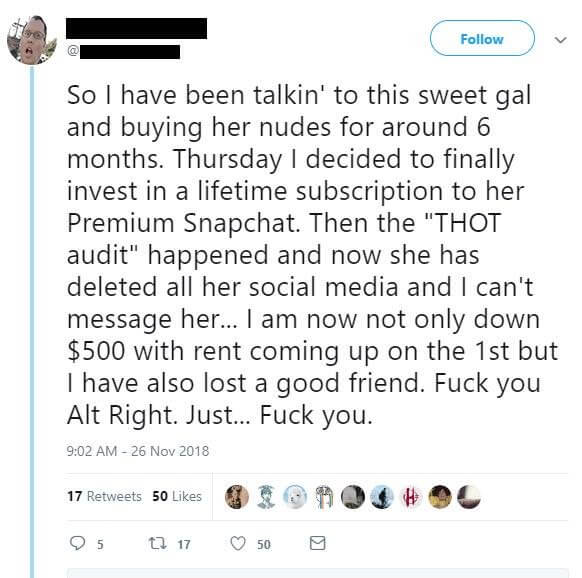 Poor bastard, he actually believed she was his friend. Yikes.

Back to my point, though: reporting tax fraud takes a little more than being like yes, hello Mr. Tax Man, I’d like to report this here sexy lady for a-fraudin‘. 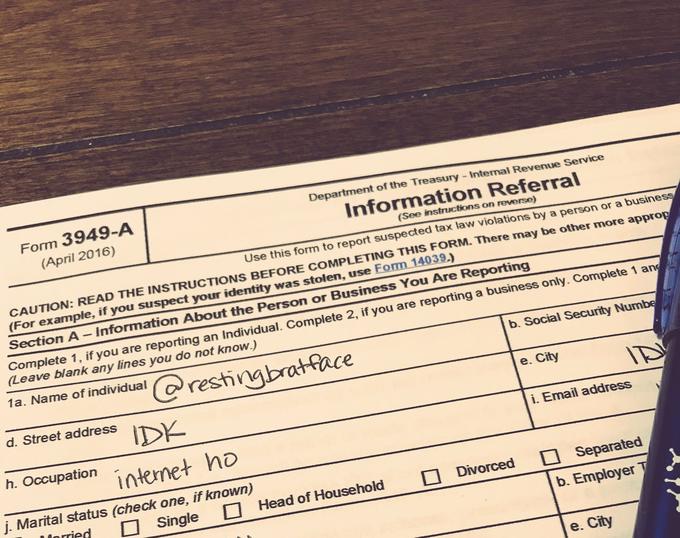 Look, I’m as paranoid as … uh … I’m more paranoid than most people and even I know that the IRS doesn’t contain a file on each of us that can match up SSNs to screen names. If they really wanted to they could demand the information from Snapchat I suppose, but ain’t no tax man got time for that.

Still, it appears some salty dudes with nothing better to do have decided to make this their personal crusade. Look, I get it, it’s un-American to dodge the tax man, but let’s not act as though this sloppily-coordinated effort has anything to do with defending the tax code. If it did, these dudes would have reported the entire Home Depot parking lot and half the restaurants in their respective towns long before waging war against paid internet poon. 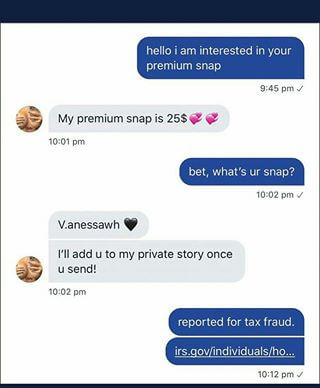 And who’s to say these enterprising young ladies aren’t paying taxes? The smart ones know that PayPal sends out 1099s after a certain threshold is met. Many of them wisely treat their activities as any independent contractor would. 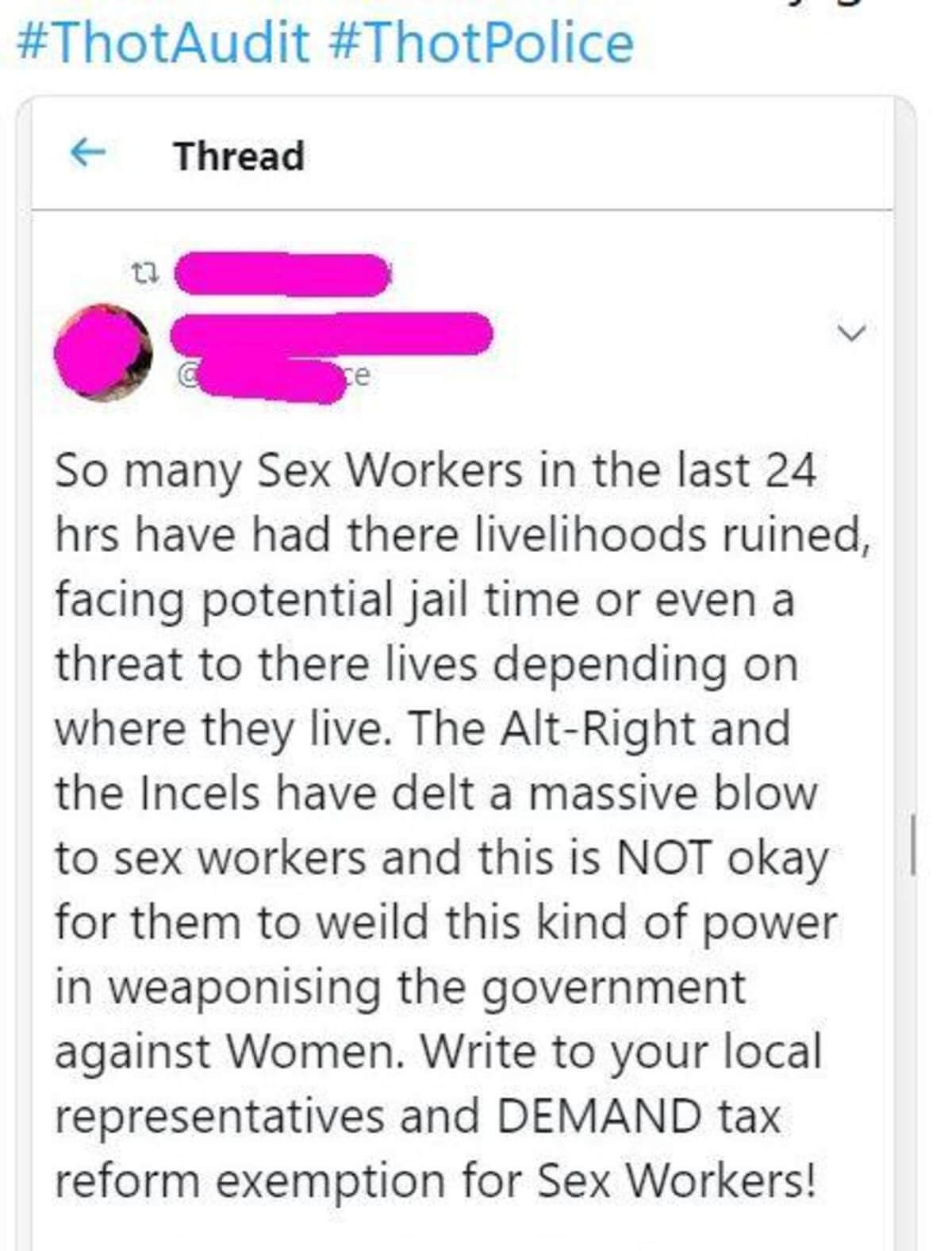 Yikes. I mean, I’m with the incels on this one at least, pay your part and this wouldn’t be a problem.

Examining the effects of the Inflation Reduction Act on §179D Welcome to part two of our series on the IRS Section 179D tax deduction. We explained how the §179D tax deduction works and who qualifies for it in part one. For this entry, we’ll take a look at the future of our plucky lil’ write-off […]