I'm shocked. Shocked, I tell you:

Tax breaks will cost the American treasury nearly a trillion dollars this year. And most of that money goes to people at the top of the heap — the very top.

That's the conclusion of a new study by the Congressional Budget Office, a non-partisan unit of the U.S. Congress. The CBO looked at 10 major tax breaks — there are 200 overall — including the earned income tax credit, itemized deductions, preferential tax rates for capital gains and dividends, and the child tax credit.

Now, before you get all outraged, it's worth pointing out the highest quintile starts at a family of four making $162,800 pre-tax, which may be more than I'll ever make in my lifetime but isn't exactly what most average Americans would consider filthy rich.

The 10 major expenditures examined in the CBO's report will "cost" the government $900 billion this year and nearly $12 trillion over the next decade, per Dylan Matthews' extensive write up over at WaPo's Wonkblog.

Nothing in this report should be very surprising to anyone, namely that taxpayers on the lower end benefit most from credits like the EITC and wealthier individuals benefit most from breaks on capital gains. I mean duh, can't say I've seen anyone cashing dividend checks at the Payday Loan Store lately. 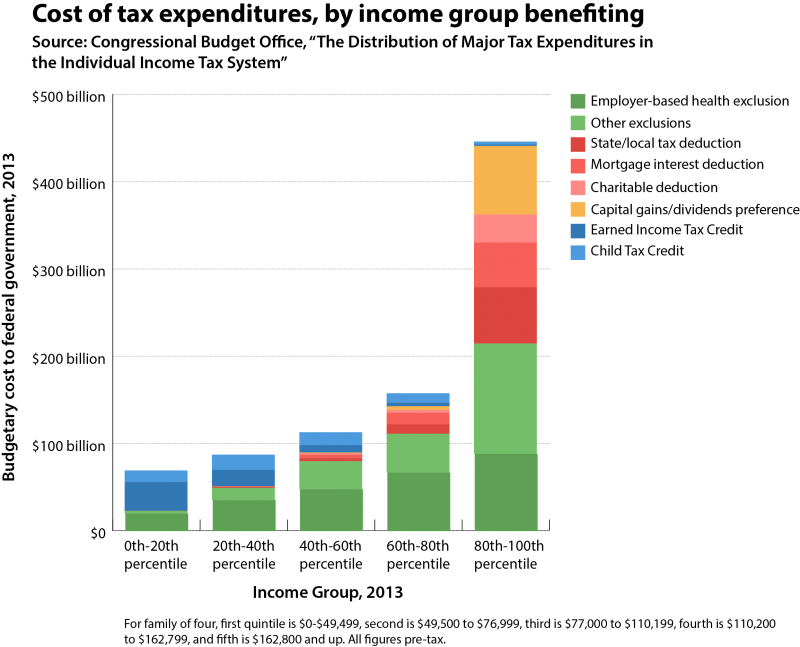 If you've got an afternoon to spare, the full report can be found here.

Examining the effects of the Inflation Reduction Act on §179D Welcome to part two of our series on the IRS Section 179D tax deduction. We explained how the §179D tax deduction works and who qualifies for it in part one. For this entry, we’ll take a look at the future of our plucky lil’ write-off […]