Things were sorta looking better when the PCAOB released BDO’s 2017 inspection report last year, which found deficiencies in nine of the 23 audits reviewed during the 2016 inspection cycle, for a failure rate of 39%. Much improvement over 2016’s deficiency rate of 67%!

Bravo Delta Oscar’s 2018 inspection report was released last week by the PCAOB. So how did they do this time around? 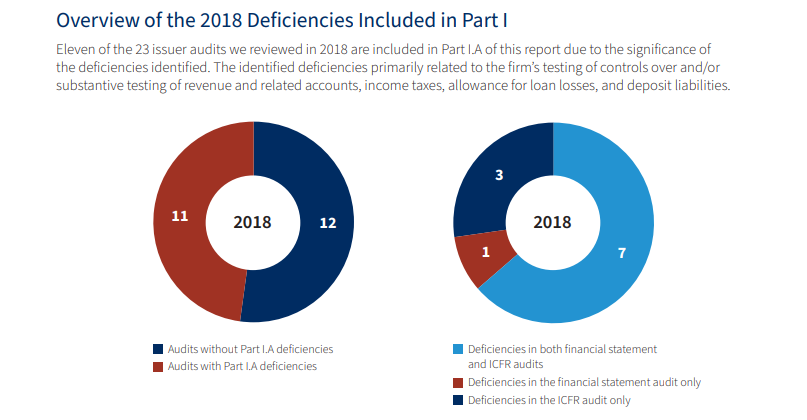 Welp, so much for the quality of BDO audits getting better—problems were found in 48% of BDO’s audits inspected in 2017. For a firm that tells the PCAOB every single year “we are committed in making audit quality our top priority,” why do their auditors make so many mistakes every year?

Here’s a historical look at BDO audit deficiencies, courtesy of a March 2019 report by Compliance Week with updates by us:

BDO audits were the most gruesome in the following areas: performing substantive testing to address a risk of material misstatement (five audits) and testing the design or operating effectiveness of controls selected for testing (five audits).

Plus, there was a lot of non-compliance going on with certain PCAOB standards or rules:

The deficiencies below are presented in numerical order based on the PCAOB standard or rule with which the firm did not comply. We identified the following deficiencies:

You can read all the gory details here.