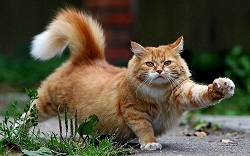 Here's a Wall Street Journal story about CBL & Associates, a Chattanooga-based REIT that is "a favored investment of Tennessee Republican Sen. Bob Corker," that is now under investigation for accounting fraud:

The Federal Bureau of Investigation and the Securities and Exchange Commission are focusing their examination of CBL & Associates Properties Inc. on whether officials at the Chattanooga, Tenn., company falsified information on financial statements to banks when applying for financing arrangements, the people said. Law-enforcement officials have talked to former CBL employees who allege the company inflated its rental income and its properties’ occupancy rates when reporting those figures to banks, the people said.

The FBI and SEC officials have also separately asked questions about the relationship between the company and Mr. Corker, who is close with senior executives at the firm and has made millions of dollars in profits trading the company’s stock in recent years. Authorities don’t believe that Mr. Corker was involved in the company’s potential accounting issues, but they are interested in learning more about the senator’s trading in CBL’s stock, the people said.

They have found no evidence to suggest that Mr. Corker has committed wrongdoing.

Um, that spokeswoman is getting a little ahead of herself, isn't she? Corker hasn't been charged with anything. However! Questions around his trading activity in CBL have been swirling for months and getting more intense now that people are speculating about him as a Trump VP candidate. In any case, the report discusses how Corker left some trades out and, wait for it…"blamed the errors on his former accountant."

You wouldn't think that a person would hold themselves out as a CPA when they weren't, in fact, a CPA but it does happen. However, most people and businesses probably don't even think to verify someone's active CPA license because, you know, THE BRAND. A homeless shelter in Seattle learned this the hard way and are in quite a mess because of it:

The investigation launched earlier this month comes as the nonprofit, Seattle Housing and Resource Effort (SHARE) is engaged in an open struggle with city and county officials over funding. SHARE’s leaders closed their many indoor shelters indefinitely in March, shutting down access to hundreds of beds to bring attention, they said, to the organization’s dire financial straits and need for additional public support.

Seattle's Human Services requires financial statements from the nonprofits to be prepared by an independent CPA. SHARE engaged Steven Isaacson "in recent years" only to learn earlier this month that his license expired in 1984. Yikes.

SHARE says they were duped, "No one had ever suggested this individual might be capable of fraudulently misrepresenting himself." And while I sympathize, you can check the status on most individuals and firms using CPA Verify in less than 10 seconds. Maybe most people don't know that? I don't know, though. The internet has everything.

Specifically, Valeant Pharmaceuticals' non-GAAP reporting got the attention of the SEC:

The SEC took issue with Valeant’s practice of stripping out acquisition-related costs from its customized non-GAAP measures given that the Canadian drug company’s business strategy was heavily dependent on acquisitions, according to comment letters the SEC sent to the company starting in December. The commission also questioned Valeant’s disclosure of the tax effects of the costs it stripped out of its non-GAAP measures.

In the comment letters, the SEC asked Valeant to justify “why you remove the impact of acquisition-related expenses” and questioned the company’s reference to its “core” operating results, since its operations were so reliant on large, frequent acquisitions. Valeant stripped out $400 million in “restructuring, integration, acquisition-related and other costs” from its non-GAAP earnings in 2015, and nearly $1.3 billion in the last three years.

I think most people would agree that a company that acquires other companies for their drugs and then jacks up the price of those drugs should include acquisition-related costs. Valeant, however, said that acquisition costs were, "not related to the company’s core operating performance." Considering the lengths Valeant has gone to make its business complicated, I am sure the company has a convoluted explanation stuffed in a drawer somewhere at HQ. But rather draw more attention to itself, the company agreed to "make changes to its disclosures."