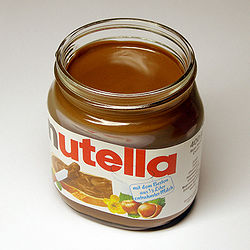 Deloitte Revenue Boosted by Emerging Markets, CEO Salzberg Says [BBW]
Deloitte, whose services include audit, consulting and corporate restructuring advice, will post “about the same growth” in revenue this year as last year’s 8.6 percent rise supported by emerging markets, Chief Executive Officer Barry Salzberg said in an interview in Dubai April 4. Revenue from advisory services was growing at double-digit rates, he said. Deloitte’s revenue rose to $31.3 billion in the fiscal year ending May 31, increasing at the fastest pace in four years, its results show. The firm has committed to investing about $750 million over the next three fiscal years in 11 priority markets, mostly on people. That will boost headcount to 250,000 by the middle of 2016 from about 200,000, Salzberg said. “The fastest growing markets for us are the emerging markets, and we are seeing strength in markets like India, China and Brazil” Salzberg said. Deloitte is very “bullish” on the Middle East as well and is investing in the region, he said.

KPMG chairman Michael Andrew says attacks by regulators unfair [Australian]
The global chairman of KPMG has strongly defended the audit profession against attacks by regulators, saying auditors have been targeted by companies for being too vigilant and creating instability in the financial crisis. Michael Andrew, the firm's Hong Kong-based chief who in 2011 was the first Australian to be elected to the global role at KPMG, accused regulators around the world of "wanting to make a name for themselves" by taking on auditors, when the profession had actually performed well through the global financial crisis.

Tax Lobby Builds Ties to Chairman of Finance Panel [NYT]
Restaurant chains like McDonald’s want to keep their lucrative tax credit for hiring veterans. Altria, the tobacco giant, wants to cut the corporate tax rate. And Sapphire Energy, a small alternative energy company, is determined to protect a tax incentive it believes could turn algae into a popular motor fuel. To make their case as Congress prepares to debate a rewrite of the nation’s tax code, this diverse set of businesses has at least one strategy in common: they have retained firms that employ lobbyists who are former aides to Max Baucus, the chairman of the Senate Finance Committee, which will have a crucial role in shaping any legislation. No other lawmaker on Capitol Hill has such a sizable constellation of former aides working as tax lobbyists, representing blue-chip clients that include telecommunications businesses, oil companies, retailers and financial firms, according to an analysis by LegiStorm, an online database that tracks Congressional staff members and lobbying. At least 28 aides who have worked for Mr. Baucus, Democrat of Montana, since he became the committee chairman in 2001 have lobbied on tax issues during the Obama administration — more than any other current member of Congress, according to the analysis of lobbying filings performed for The New York Times.

Obama Won’t Deduct Returned Pay [WSJ]
[Last] Wednesday, the White House announced that the president plans to return 5%, or about $20,000, of his $400,000 salary this year to the Treasury in sympathy with federal workers facing reduced pay because of the automatic spending cuts known as the “sequester.” A White House aide said the president plans to write a check to the Treasury every month for a portion of his pay. He will write the first check this month. But there’s a big difference between affected government workers and President Obama. The president’s pay is set by statute and it can’t be changed during his term of office. This means Obama must first receive his salary and pay taxes. So his  contributions to the government will be made with after-tax dollars, according to Jay Starkman, an Atlanta CPA.

Jersey City raceway invites accounting professionals for free race on National Stress Awareness Day (i.e. day after tax deadline day) [TJJ]
To help them regain calm and composure after the April 15th deadline, Pole Position Raceway is inviting the accounting professionals to race away the stress at its Jersey City facility near Liberty State Park on April 16, National Stress Awareness Day. The free race is open to any accountant who presents a copy of their license or certification, a business card, and a valid passport or driver’s license.

Big Four find Competition Commission audit conclusions lacking [Accountancy Age]
In February, the Competition Commissions delivered the provisional findings of its investigation into the Big Four's control of the FTSE 350 audit market. It found that the high cost of switching auditor, difficulty comparing alternative auditors, experience and reputational barriers for mid-tier firms were stifling competition and damaging the market. In response to its findings, the Big Four audit firms – PwC, Ernst & Young, KPMG and Deloitte – have criticised the basis of the watchdog's conclusions as "flawed", "unsound" and based on selective evidence. PwC raised "fundamental concerns" about the commission's "flawed approach to the evidence, which shows serious failures of due process in the evaluation of primary facts".

9th Circuit: Taxpayer Cannot Rely on CPA's Advice on Due Date of Tax Return [TaxProf]
Tuck that one away for future use.
Big Four monopoly of bank audits must be broken says HBOS whistleblower [The Herald]
Paul Moore was HBOS's head of group regulatory risk until he was effectively sacked by chief executive Sir James Crosby in 2004. He cited "obvious conflicts of interest" identified by the Parliamentary Commission on Banking Standards (PCBS) between the oversight provided by accountancy giants and their commercial relationship with the bank as auditors. Moore told the Sunday Herald: "KPMG were the bank's auditors. What were they doing [also] looking at my whistle-blowing allegations? They have a whole range of questions to answer. The Big Four accountants have a monopoly that has to be broken up and changed completely, with audit and non-audit functions entirely split up. The whole regulatory system for auditing and accounting needs to be changed so that the auditors are required to blow the whistle themselves more readily than they have so far."

The Great Chocolate Caper: Thieves Swipe 5 Tons Of Nutella [AP]
Police said Monday an unknown number of culprits made off with 5 metric tons (5.5 tons) of Nutella chocolate-hazelnut spread from a parked trailer in the central German town of Bad Hersfeld over the weekend. The gooey loot is worth an estimated 16,000 euros ($20,710).