Latest
ICYMI: There Was an Excel All-Star Battle on ESPN Hoping Everyone Has Forgotten About All the Scandals, KPMG UK Is Bidding for Government Contracts Again Everyone Knows 11-Year-Olds Can’t Wait to Work at Deloitte Where TF Is the IRS Supposed to Find 87,000 Agents? How Do You Know When It’s Time to GTFO of Big 4? One Manager’s Opinion

Inb4 one of y’all thinks to comment “geez, Adrienne, slow news day?” let me remind you that we write about accounting; every day is a slow news day. So unless one of y’all plan to embezzle something, let it go, that comment doesn’t hurt me.

In the last year or so, /r/accounting has made the glorious transition from a haven for lost Redditors to ask tax questions to a depository of memes, and it’s been a sight to behold. Although you do get the same questions from n00bs (“PwC interview two hours ago, how long until they call me back and offer job?”) and the occasional exasperated capital market servant questioning all their poor life decisions that led them to a life in public accounting, there’s no denying memes have becoming king over there. Half the time I see one and think “damn, wish I’d thought of that.”

There’s a sort of unspoken rule that while memes are free for sharing, harvesting them to use on your own account without credit is generally considered bad form. Hence why Going Concern hasn’t turned into an endless stream of memes. Trust me, if we could get away with it, I’d love no other way than to spend my days. Let’s be honest, my meme game peaked back when we were still putting Scumbag Steve hats on everything. 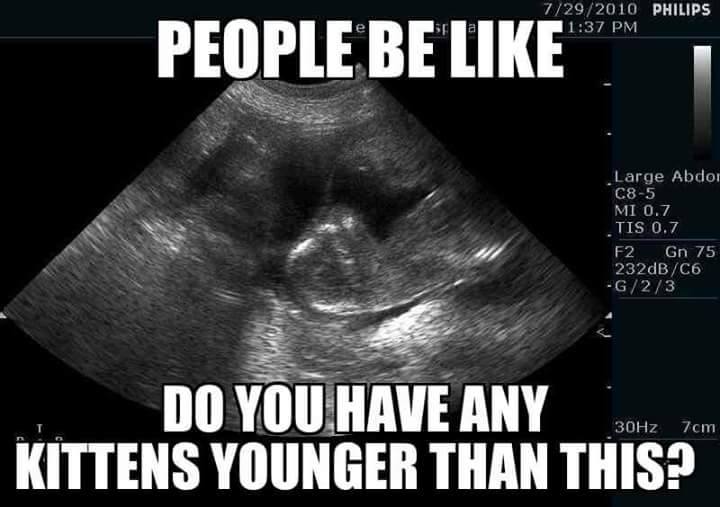 Back to topic. The other day, a brave soul called out TheBig4Accountant for meme theft, with someone else calling him the FuckJerry of accounting. Everyone should know who FuckJerry is, but just in case you aren’t familiar, he’s basically like a massive Roomba sucking up every moderately decent meme on the Internet and gleaning millions of likes for other people’s stuff. 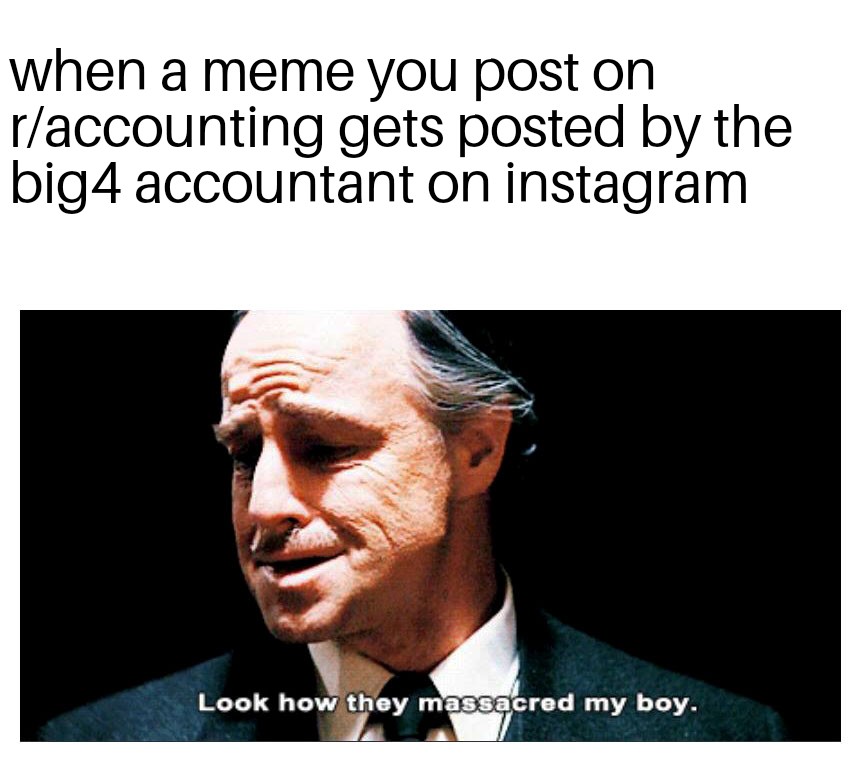 Predictably, the accusation accelerated into claims of “I bet he’s not even a CPA!” and “doubt you even work for a Big 4 firm!” Undaunted, TheBig4Accountant appeared in the comments to defend his honor (is it really honorable to repost memes all day? Shit, who am I to talk, nm) and said that his hope is to quit his job in a year or two and make this a full-time gig. Man, things have really changed on the Internet in the last decade; used to be you could only make a living from reposting content on websites *cough*.

TheBig4Accountant is currently standing at 153k followers so he must be doing something right. Especially if the plan is to turn this into an actual job. Though how much will he be able to relate to his target audience if he’s enjoying the luxury of rarely putting pants on before noon? Trust me, it’s tough to convince public accountants you feel their pain while sipping your first beer of the day at 2 p.m. in your pajamas. No I mean it, trust me.

Image by succo from Pixabay (see what I did there)

ICYMI: There Was an Excel All-Star Battle on ESPN