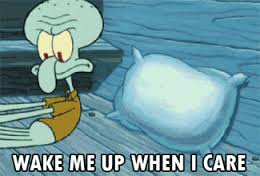 People like getting worked up about auditor independence. For firms, it's a badge of honor. They like pointing to it as a virtue of their business. You know — objectivity, integrity, all that crap.

For audit firm critics, picking a fight over independence is easy. All anyone has to say is, "Audit firms are paid by the companies they audit so they can't be independent," and TA-DA, heated debate ensues.

Both sides stand firm in their position and because reform is as likely as Bill Simmons and ESPN reconciling, we will continue to see stories about sticky situations between auditors and the companies they audit.

Today's independence quibble is the sitch over at Lumber Liquidators. The company appointed Greg Whirley as their interim CFO. G. Dubs was a senior manager at EY prior to his taking the job at LL and he "worked directly on the company’s audits as recently as September 2013," according to the Wall Street Journal.

Lumber Liquidators says that since Whirley's last exposure to their audit was over 12 months ago, compliance-wise, they're good. Other people don't think that's enough:

Don Moore, an associate professor who studies auditor conflicts at the University of California Berkeley’s Haas School of Business, said the wait period before a company can hire its former auditor should be around five years, instead of one. He said that would reduce the possibility that an auditor might expect a high-paying job from—or otherwise get too cozy with—an audit client.

Five years? Okay, sure. It's probably worth noting that LL's previous CFO, its CEO and its controller are all EY alums, too. Would a five year cooling-off period really make a difference in this case?

If work experience at an accounting firm is a problem, then it's not an uncommon one. The article states, "40% of current CFOs at the 500 largest public and private companies have accounting-firm backgrounds," according to Korn/Ferry International. Let's face it. Auditors go to companies they know.

As far as EY goes, this situation is small potatoes. Last year, the firm paid $4 million to settle charges with the SEC after getting busted lobbying for audit clients after a Reuters story exposed the firm in 2012. Also last year, the firm got fired as the auditors of Ventas because a partner was bangingthe Chief Accounting Officer.

Here we have a senior manager accepting a new job with a former client. Conflict? Sure! But, hey, at least it's not egregious!

Data shows that advisory services are driving the growth in accounting firms' businesses, making assurance less of a priority. Regulations allow for subjective interpretation of independence and compliance focuses on form rather than substance. Reform is impossible without an epic crisis in confidence. And, oh yes, audit firms are still paid by the companies they audit.

Auditor independence is a joke. Let's not pretend otherwise.

Outside Auditors Get Asked In [WSJ]

I’m not a betting man, and that’s a good thing because, while not official yet, I would have bet my house on KPMG UK being fined more than £15 million for the whole Carillion audit fiasco. The Financial Times reported this afternoon: KPMG is set to be hit with its biggest-ever fine in the UK […]