Latest
Listicle of the Day: INSIDE Public Accounting’s Top 500 Firms For 2022 Compensation Watch ’22: Did Huge Revenue Boost = Better Raises For BDO USA Employees? (UPDATE) Are Accounting Firms Really Sending 30% of Their Work Offshore? Returning to the Office? Don’t Get Fat! (Again) KPMG Poaches Someone From PwC and Issues a Press Release, Part XVII

Jan Marsalek, the former Wirecard chief operating officer who is considered one of the maestros of the multibillion-euro accounting scandal that obliterated the German payments company, is on the lam. He might be in the Philippines. He might be in Russia. He might be in Belarus. But no one knows exactly where the dude is.

However, he did show up on Interpol’s red notice (most wanted) list: 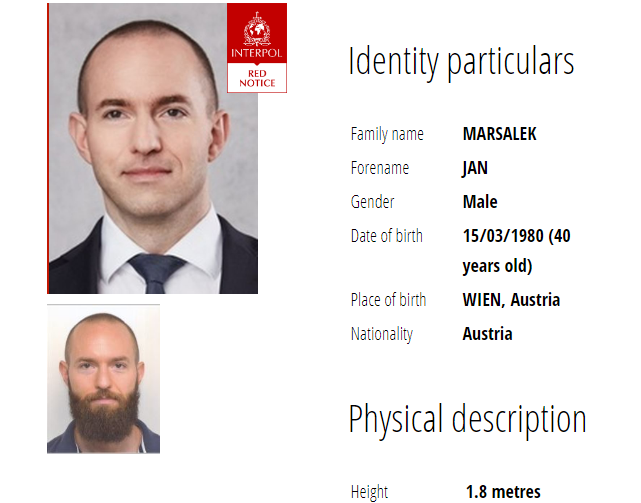 Violation of the german duty on securities act and the securities trading act, criminal breach of trust, especially serious case of fraud.

Prosecutors suspect Marsalek played a key role in inflating Wirecard’s results by booking fake income for years, according to the Wall Street Journal:

The German payments group, which was briefly worth more than the country’s largest bank, filed for insolvency in late June after disclosing that more than $2 billion of its cash supposedly held in trustee-managed bank accounts was probably fake.

But while Mr. Braun and three others have been arrested since, Mr. Marsalek has eluded authorities since the company’s collapse in June.

It’s only a matter of time before his hands are cuffed.

Are Accounting Firms Really Sending 30% of Their Work Offshore?