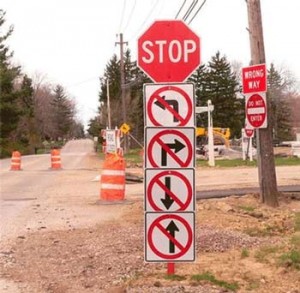 Juggling all the aspects of income tax reform is quite a task. Here's a mind dump of a few of the elements involved:

All of these are affected by special interests and they span the rules for both individuals and businesses.

Yet, in ambitious desire to actual make some progress, there is some serious talk going around that would make the whole process even more political, and therefore more complicated:

[M]omentum is building to tie a rewrite of the Tax Code to hiking the debt cap, which will need to be raised by the fall because the limit will technically be hit this month. Top lawmakers and aides on the House Ways and Means Committee have quietly begun mulling over and crafting mechanisms that would attempt to “commit Washington” to tax reform over the next five months, several sources involved with the planning say.

The idea is in its infancy, according to sources involved in planning, but here’s how it would work: Legislation would authorize something like a three-month bump in the debt limit while simultaneously giving the same amount of time for the House to act on its tax-reform plan. When the House passes something, the debt limit would bet increased again, and when the Senate moves its own tax-reform product, Congress would authorize another bump in the debt ceiling. A larger increase in the borrowing limit could come if President Barack Obama signs the legislation, according to a source familiar with the thinking of the Ways and Means Committee. The plan would most likely be accompanied by a road map that lays out certain guidelines for Tax Code rewrite.

All this tying passing to increasing to more passing and more increasing and roadmapping is a loser of an idea, says Jeremy Scott:

Obama has said he won’t negotiate over the debt ceiling. Democrats have consistently scored points on the issue. The business community has even criticized Republican attempts to use the threat of default to wring spending cuts out of the White House. The debt ceiling battle has smelled like a GOP loss for months – and it smacks of desperation whenever lawmakers promise to “win the next round.”  And tying tax reform to the debt ceiling discussions will likely reduce the chances of reform happening in the short term, not increase them.

For anyone out there that thought this was about solving a problem, sorry to disappoint you. It's just about gamesmanship.
House GOP may link debt cap, tax reform [Politico]
Plan to Tie Tax Reform to Debt Ceiling Will Likely Fail [Tax Analysts]