Please ensure Javascript is enabled for purposes of website accessibility
Latest
Apparently Interns Are Flocking to PwC to Learn More About … HR PwC Declares a Poaching War on EY Lonely Workaholics at PwC UK Will Have to Find Some Other Place to Go For Christmas If There Was a PCAOB In the Metaverse, It Would Probably Find a Bunch of Errors In Prager Metis’s Audits Too Monday Morning Accounting News Brief: Gen Z Ruins Accounting; EY Hammers Out Some Deets; Internal Control Controversy | 12.05.22 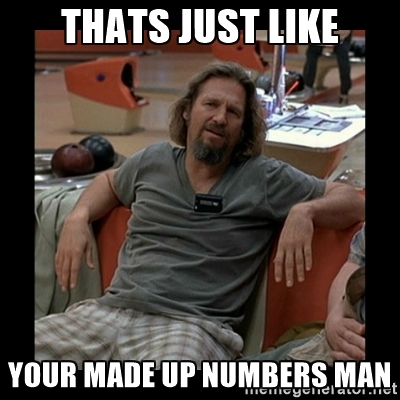 Going Concern history buffs will recall a period in 2011-2012 when oil services company Weatherford International had some chronic problems with its tax accounting. Manipulations by two of its former accounting executives — James Hudgins and Daryl Kitay — resulted in a $500 million restatement in 2011. This was followed by two more restatements in February and July 2012 of $256 million and $186 million respectively.

Today, the SEC got around to announcing the settlement with the company, fining it $140 million, as well as Hudgins and Kitay who are paying fines and agreeing to bans.

Anyway, here's how the SEC put it:

James Hudgins, who served as Weatherford’s vice president of tax, and Darryl Kitay, who was a tax manager, made numerous post-closing adjustments to fill gaps and meet its previously disclosed effective tax rate (ETR), which is the average rate that a company is taxed on pre-tax profits.  Weatherford regularly touted its favorable ETR to analysts and investors as one of its key competitive advantages, and the fraud created the misperception that Weatherford’s designed tax structure was far more successful than reality.

Reading through the SEC's order, you'll find that starting in late 2006, the company's new CFO was a lawyer and did not have a lot of accounting experience. This meant that the tax function in the company was more "strategy and planning" rather than "accounting." Since Kitay and Hudgins did not report to the new chief accounting officer, "the tax department had virtually no accounting oversight." That's sorta where things started going wrong. The new CFO was insisting on a low ETR and to meet those targets, Kitay and Hudgins came up with everyone's favorite — "plugs" — to close the gap.

If you fancy yourself a FIN 18 or FAS 109 guru, you'll enjoy the finer points of the order, but it's far too boring to recount here. However, there are a few amusing details worth sharing, including:

Hudgins demanding he get promoted for meeting the target ETR:

The subsequent over-the-counter remedy he offered EY that they promptly rejected:

And, during the third restatement, some good ol' fashioned carelessness:

SEC Director Andrew Ceresney summed it up nicely: "Weatherford denied its investors accurate and reliable financial reporting by allowing two executives to choose their own numbers when the actual financial results fell short of what was previously disclosed to analysts and the public."

People who work in the enforcement divisions at the SEC and the PCAOB must have been busy doing other things than monitoring the gatekeepers of the capital markets last year, as accounting and auditing enforcement activity decreased and monetary settlements fell sharply, according to a recently released report from Cornerstone Research. The two regulators made […]