Latest
How Do You Know When It’s Time to GTFO of Big 4? One Manager’s Opinion Monday Morning Accounting News Brief: PwC Gets Fined; Big 4: What’s the Scam?; The IRS Straps Up | 8.8.22 Friday Footnotes: A World Without Accountants; GAO Finds a Big Mistake; ‘Fazbie’ | 8.5.22 Spreadsheets Suck, Say Clients What Would You Like to See Tested on the CPA Exam?
Sponsored by: LemKey

“Necessity is the mother of invention.” Although the internet has no doubt attributed that quote to everyone from Abraham Lincoln to Marilyn Monroe over the years, it was actually Greek philosopher Plato who spat out the phrase we still use today. What it means in simple terms is that human beings are amazingly adept at making things to help us do the things we need or want to get done.

When you think about the great American inventors of the last few centuries, you probably think about the same ones as everyone else: the Wright brothers, Henry Ford, Thomas Edison. Thanks to those guys, you don’t have to work in the dark and can swiftly get to the client site halfway across the country in a matter of hours. Yeah thanks for that, guys.

One profession is noticeably absent from any good list of American inventors who completely transformed the modern world. You know where I’m going with this. Spoiler: it’s accountants.

Other than the guy working as a cost accountant for a trading card company who invented the trademark pink bubblegum still enjoyed today, there haven’t been many accountants making names for themselves with groundbreaking inventions. Let’s be real here, it’s not exactly the most innovative of professions, no matter what firm press releases may say to that end.

That changes today. If the project is successful, that is.

We’d like to introduce you to Dave Lemke, public accounting grunt. The LemKey 10-key was born when Dave started his Big 4 job a few years back and realized very quickly that his firm-issued laptop was bullshit as far as 10-key functionality was concerned. So he whipped out some scratch paper and sketched out what he thought would be the ideal 10-key for his needs.

Lucky for him, he has a nerdy brother with a 3D printer, and before they knew it, the first — admittedly primitive — LemKey had been developed.

Before we get to that, there’s something you should know about Dave. He actually had aspirations to become a rockstar (who doesn’t), and had he stuck it out he could have been in one of the biggest bands of the last decade. Not kidding, there’s the evidence (he’s the bass player on the left):

Alas, he went down the Big 4 track instead which as we all know is far more prestigious than any band could be. At least we think that’s what he tells himself when he’s questioning his life choices.

So back to his office. Before long, his colleagues were hanging around his desk demanding to know where he got that amazing 10-key from and wanting their own. Anyone who ever messed around with a LEGO Technic set in elementary school can tell you putting working parts together is a pain, which is what Dave and his brother John learned right around making the 10th early LemKey for Dave’s office. “Fuck this,” they said. OK they didn’t actually say that. But they did realize A) there was obviously a need for this thing that wasn’t currently being met by the market, and B) they needed scale to meet that need.

So they’re here now with a Kickstarter in hopes of meeting a $10,000 goal to bring LemKey to the number-crunching masses. Taking a look at the features you’ll see it’s built for grinding spreadsheets just like you:

Now, I’m no spreadsheet jockey but they sent me one to try out, and I have to say, it’s got a nice tactile feel that I’m sure you’ll enjoy during those long month-end close hours late at night when you’re hunched over in front of your two monitors asking yourself why you listened to the school guidance counselor who said you were good with numbers and would enjoy accounting as a profession. It withstood being sat on and dragged across my condo by the cord in at least two cats’ mouths so it’s durable and will probably appreciate being thrown in your laptop bag over getting accosted by cats. So there’s my review. 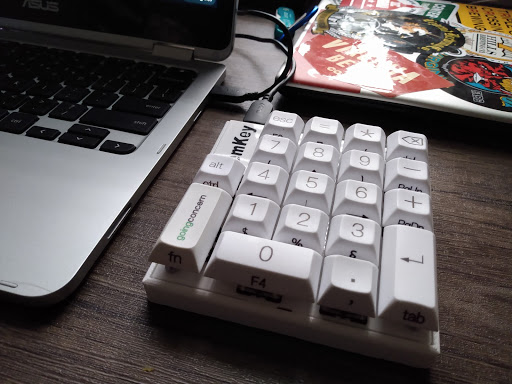 If they meet their goal, they’ll be able to start cranking these things out for everyone from AP clerks to firm partners who actually do work. They can even do custom-branded ones, as evidenced by the one they made for us. Hint hint campus recruiters, imagine being the talk of Meet the Firms with these in your recruits’ swag bags. 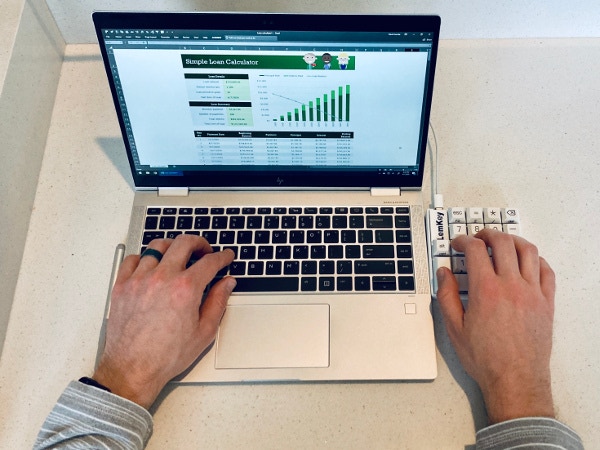 So go check out the Kickstarter, put that sweet public accounting salary to good use and get your hands on one of these bad boys. It’s not often something comes along that might just make your work life a tiny bit easier, not since Dan Bricklin and Bob Frankston invented computerized spreadsheets anyway.

The first 200 backers get a LemKey of their own at 50% off retail, better get on that. And no, you can’t have mine.