If Cleveland-based public accounting firm Cohen & Co. were an English Premier League goalkeeper, the firm would have gotten a clean sheet. Or if you’re not a fan of European soccer but like the NHL, Cohen & Co. would be like a goalie who finished the game with a shutout.

In its 2019 PCAOB inspection report, Cohen—the 49th largest CPA firm in the nation in terms of revenue according to INSIDE Public Accounting—aced all nine of its audits that were reviewed by inspectors during the 2018 inspection cycle.

Now some of you will say that Cohen did so well because its sample size was much smaller than the 58 audits of Deloitte’s that were inspected or the 26 of BDO USA’s that were reviewed by inspectors. But it doesn’t matter if a goalie stops nine out of nine shots, 26 out of 26 shots, or 58 out of 58 shots during a game—it still goes down on the stat sheet as a clean sheet/shutout.

And Cohen’s audit quality success isn’t a fluke. According to the firm’s last three PCAOB inspection reports, the firm only screwed up ONE of the 24 total audits inspected, for a failure rate of 4%. 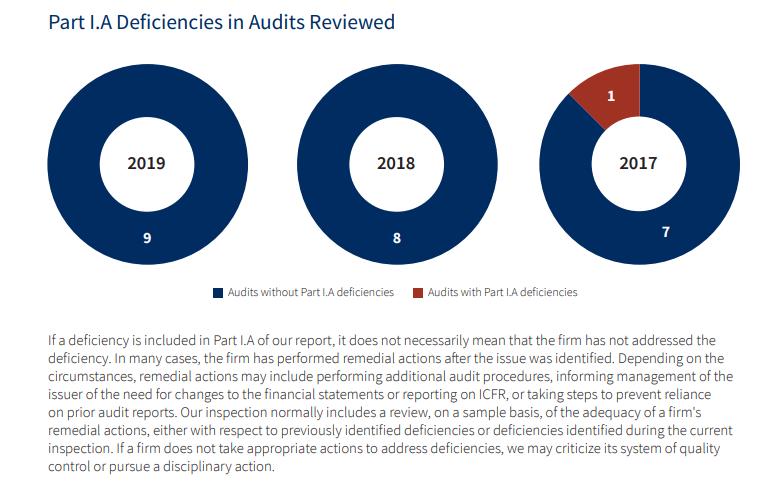 “The IRS destroying data for an estimated 30 million filers in March 2021 is appalling. This will create massive chaos for taxpayers in terms of filing time and refunds. The fact that the IRS is a business that operates in the dark ages in terms of technology further compounds the taxpayer’s burden. They act like […]