So, I’m the first to admit I don’t know shit about blockchain, nor do I care. But I do know that public accounting firms are anxious to appear far more tech savvy than lil’ ol’ me and have been wasting a lot of time and effort talking about the transformative powers of blockchain. We’ll include the AICPA in this, as they tweeted about it just a few days ago. I’m including a screenshot rather than an embedded tweet for a reason which shall become clear in a moment.

If you noticed something funny about the AICPA’s Twitter, congratulations! You possess the critical eye necessary for a successful career as a capital markets servant.

We realized this morning as we were combing through Twitter that the AICPA’s account had clearly been hijacked by someone masquerading as Coinbase (we can only assume). The offenders have apparently gained access to @AICPA and are using it to retweet Coinbase tweets and post legit-looking articles on the company [archive here]. 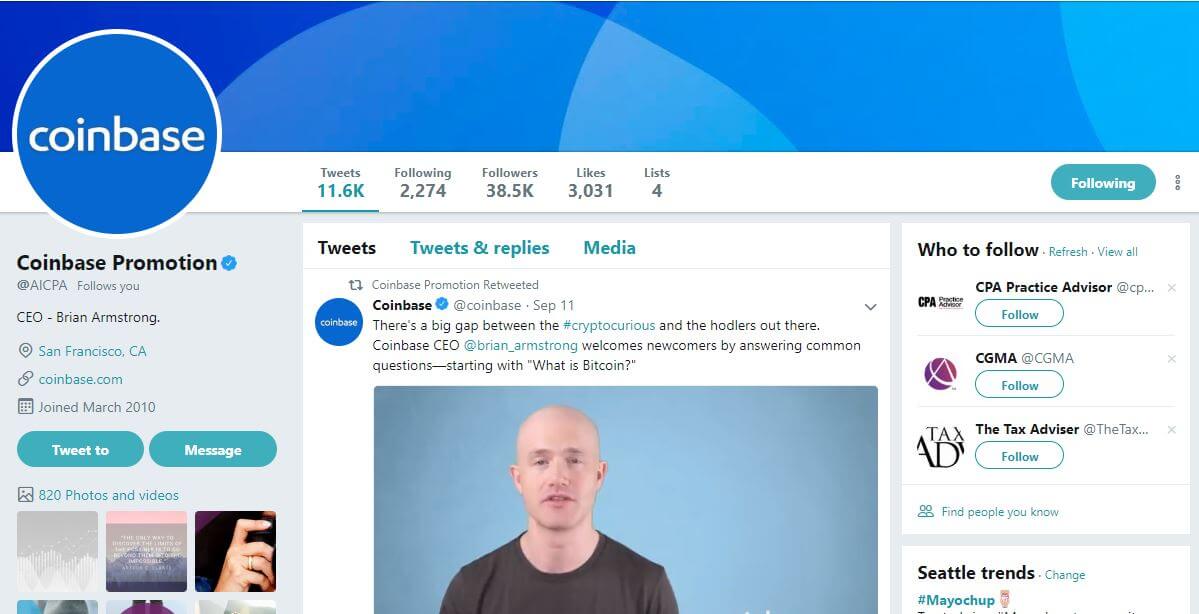 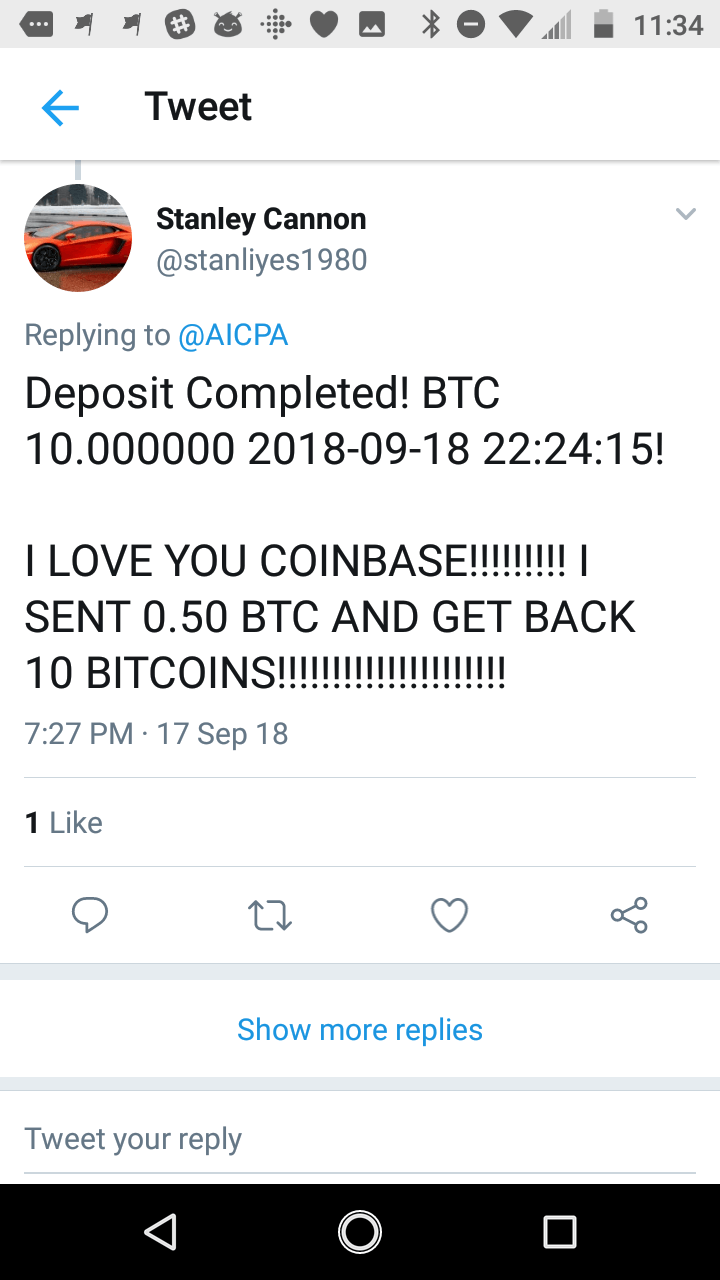 WOW, how generous of @AICPA. Anyway, bro is clearly a sockpuppet account, as if the incredulous claim that @AICPA is giving away $63k in Bitcoin wasn’t a dead giveaway. 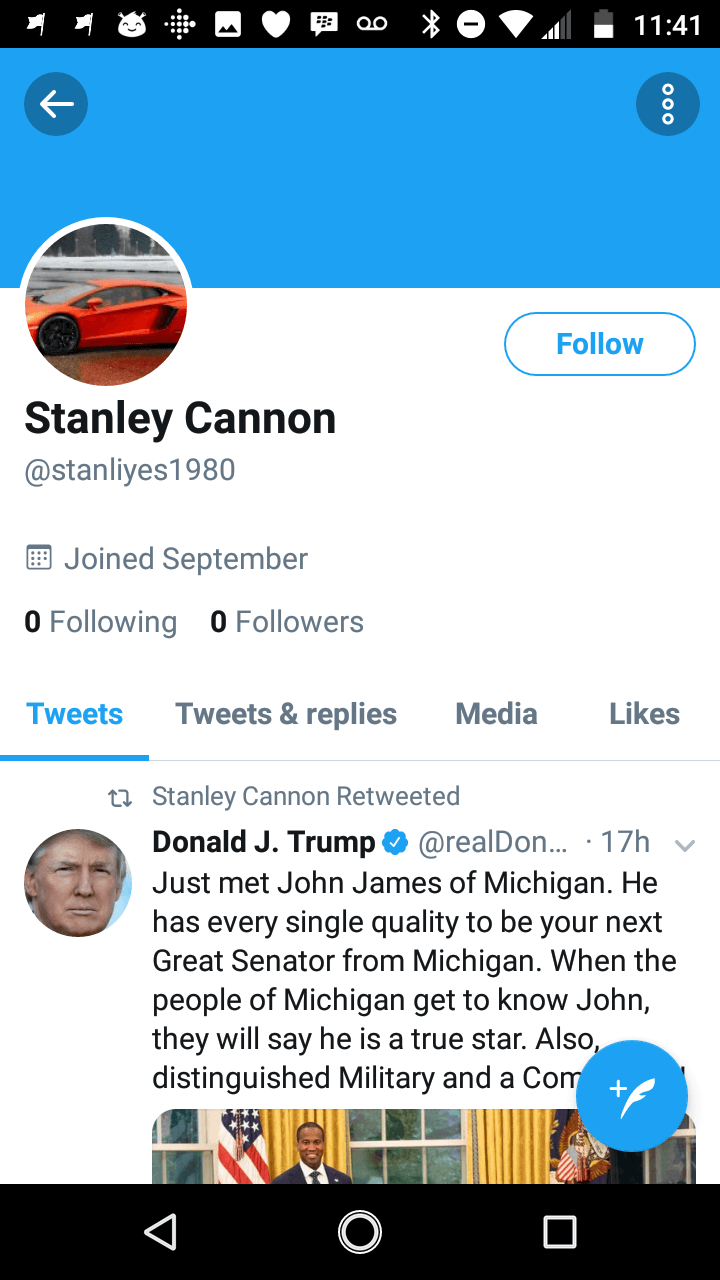 Here’s another, because that stock photo of an old business guy totally looks like the type to overuse party emojis. 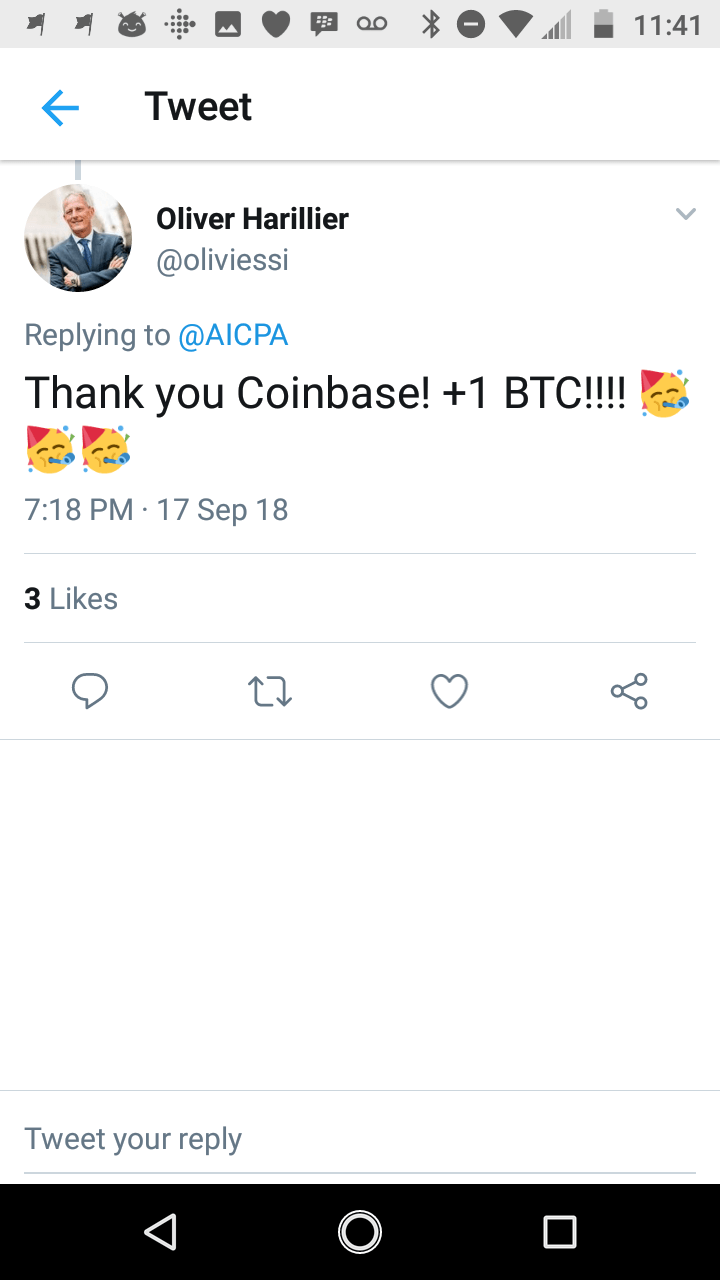 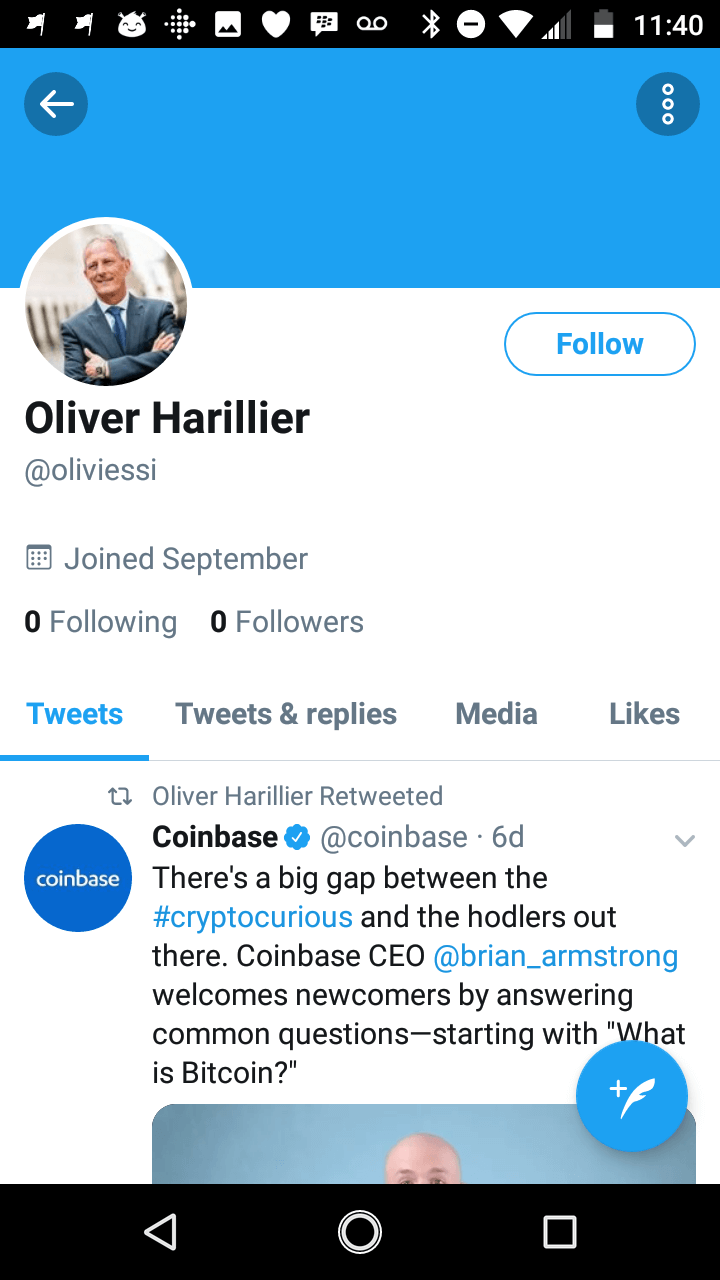 So, what’s the point of this scam? It seems the goal is to get morons to send Bitcoin to the scammer’s wallet in hopes of receiving Bitcoin in return which obviously they never get. Coinbase warned of these types of scams earlier this year.

When reached, an AICPA spokesperson gave us the following statement:

The AICPA is aware that our Twitter account @AICPA was recently compromised. We are working to address the issue. Until it is resolved, we ask our followers to not click on any posts or links as they are not coming from the AICPA.

It looks like other AICPA accounts are fine at the moment. We’ll update this article when AICPA wrestles control over their Twitter account back from the cryptoscammers. In the meantime, don’t click. And definitely don’t ever send some rando crypto thinking you’ll multiply your “investment” like a big fat fool.

Yesterday we retweeted an observation about how the smartest people work at Big 4 firms hoping for some good discussion and discussion did in fact ensue. Decent discussion, actually. It warms my cold black heart to know that at least in our little corner of the internet people with differing opinions are still capable of […]