You may have heard that it's a presidential election year. And perhaps you've heard that one of the candidates is a carnival barker that spray tans with Krylon Pumpkin Orange. And maybe you've even heard that said carnival barker has not released his tax returns for public consumption despite decades of precedent. It's all good fun.

In the last presidential election, another rich guy was being hounded about his taxes: Willard Mittens Romney. After months of hubbub — including a phony heist and $1 million Bitcoin extortion plot that was ultimately busted by a cat photo — Romney released his returns in September 2012. The revelation included a letter from PwC who'd been preparing his returns for quite some time.

I stumbled across the letter on Document Cloud the other day and figured it was good enough for a random Throwback Thursday in an election year: 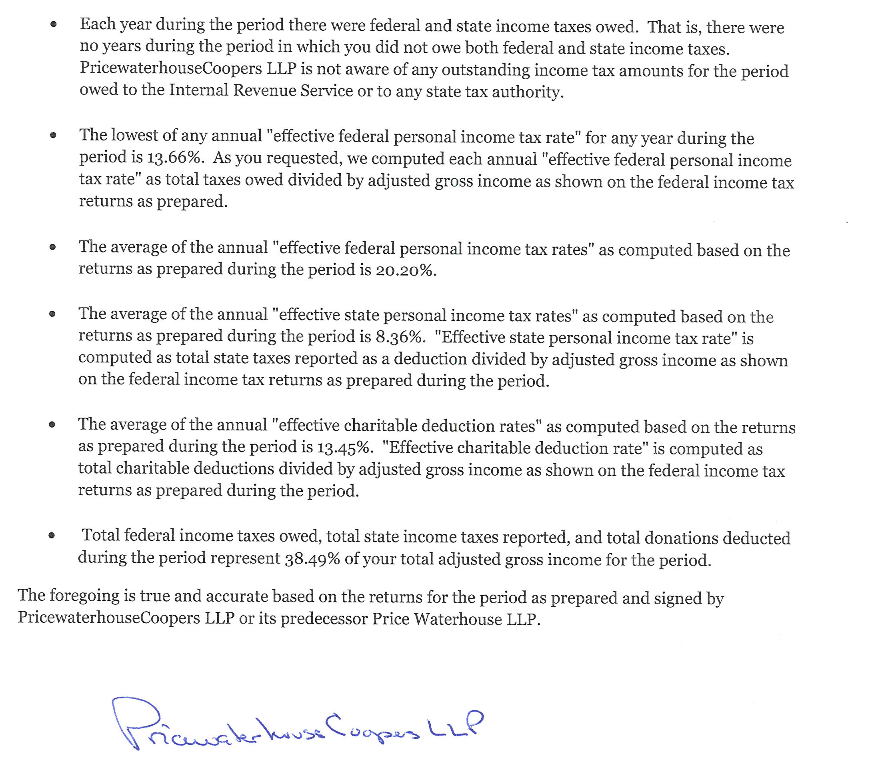 Releasing the tax returns didn't do Romney any favors and he wound up losing the election.

The whole episode seems quaint compared to this year's fracas, doesn't it? I'm sure PwC appreciates not being involved.

The following message we’re about to share with you was sent out as a firmwide email from then-Chairman Dennis Nally to everyone at PwC almost exactly 15 years ago to the day. To my knowledge it’s never been published here, because back when it went out to everyone working at PwC US in January 2008, […]

What’s next for the metaverse and what — if anything — should you do about it? PwC has answered the question no one is really asking in its 2023 metaverse predictions. These predictions are, as you’d expect, dumb made assuming that businesses and consumers alike will begin using the metaverse in earnest rather than making […]