It's been quite awhile since we've been on the Scott London beat, but something interesting was brought to our attention late last week that's worth sharing.

In a court filing from last month, London's attorney Harland Braun laid out the arguments against a Presentence Report by the United States Probation Office that recommended a 36-month sentence and a $100k fine for London. The filing says sentencing is scheduled for today, so will update you with that news when we learn it but for now, here are the four reasons offered for why the recommended sentence is too harsh:

1. London couldn't have known his co-conspirator Bryan Shaw was making more illicit profits than he was letting London know about, so the severity of the crime is overstated.

2. The Probation Office said that the insider trading would've continued "unabated" if the sting hadn't been set up. Mr. Braun argues that this wrong because the scam did in fact stop in May 2012 and the next trade was the one that resulted in this: 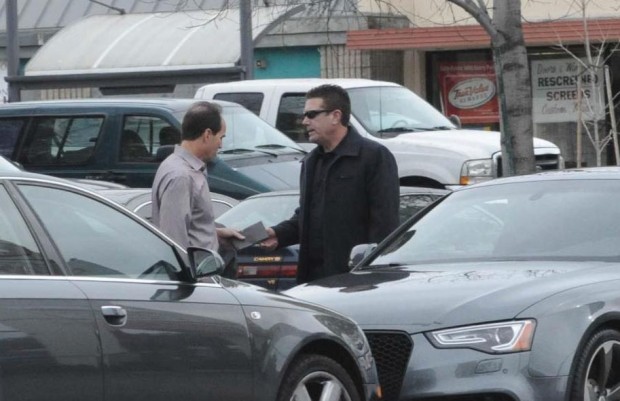 3. Despite his family's "fairly substantial assets" London's professional future is looking dim, and a fine of $25k is more equitable, the argument says.

4. When confronted by law enforcement, London notified KPMG what the sitch was, thus protecting the firm and taking responsibility for his actions.

If you find legal filings interesting, especially those that involved ex-KPMG partners who make terrible decisions, the whole filing (on the next page) is worth a read.

But there are a couple of things we read that are especially noteworthy. The first is assertion that the biggest victims in this case are the two idiots that perpetrated it:

It could certainly be argued that the two people who were most seriously harmed were the participants, Mr. London and Mr. Shaw, who now both have felonies on their records.

The other fascinating aspect of the argument is the financial repercussions for London, most notably:

All for some cash, jewelry, and Springsteen tickets. Jesus, it still boggles the mind.

We'll keep you updated, for now, discuss how you think the sentencing will go, what the appropriate punishment is, etc.

UPDATE: While the filing is dated 9/23 and states that sentencing was scheduled for yesterday, there hasn't been a peep about London's sentence. This Bloomberg post from the 27th says sentencing is scheduled for December 9th as does this Encino Patch article so I guess we'll have to wait until then.

Ed. note: an earlier version of this article used male pronouns based on the information available at the time. We have been informed the associate was female, confirmed this information with the NYPD, and have updated pronouns in this article. We have also removed a link to a dubious outside source. I debated even posting […]